Forgive us for not having the mental fortitude to commit ourselves to the graphic business of Nazi hunting. 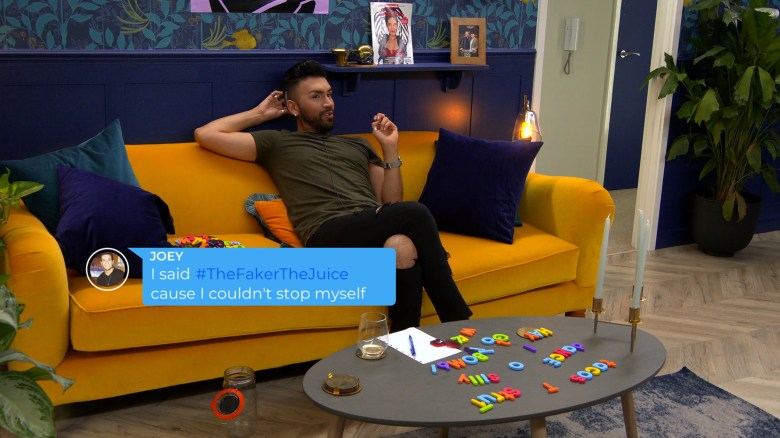 For all intents and purposes, we’re currently stuck in the content desert of the annual TV cycle. Too early for most heavy-duty Emmy contenders to premiere, too late for the end-of-the-year release rush to qualify for the guild and Golden Globe awards.

That’s not to say that quality programming is entirely absent from the queue — with Amazon’s “Hunters” dropping February 21 and FX on Hulu’s “Devs” premiering March 5 — but for the most part, the current TV vibe is to lay low, play catch-up, watch screeners, and prepare for the onslaught that is the final quarter of the Emmy eligibility calendar.

Of course, if the thought of trying to clean out your DVR is too daunting or you just can’t bring yourself to sit down and engage with the brilliant, but excruciating, historical horror of series including “Chernobyl” or “When They See Us,” it’s only natural that you might want to invest your time in something less real and more reality.

If that’s the case, then Netflix is the place to be. The streaming behemoth has gone all-in on reality series in 2020, introducing both “The Circle,” a social media-themed competition series, and “Love is Blind,” a dating show that’s basically exactly what you expect it to be, in the first two months of the year.

As it turns out, Netflix is really good at rolling out reality TV in a way that encourages bingeing while simultaneously builds audience anticipation. For “The Circle,” which debuted January 1, the streamer released four episodes, dropping the next batch of four episodes January 8 and the final grouping January 15. “Love is Blind” is following a similar model dropping five episodes February 13, four more episodes February 20, and with just the finale bowing on February 28.

To some TV watchers, reality television is an anathema: the worst possible form of entertainment appealing only to the lowest common denominator. And yet, as flawed as the genre and, yes, the Netflix series specifically are, there is a comfort in watching the familiar story beats of the reality oeuvre play out. We know there will be misunderstandings and betrayals. We understand that there will be ridiculous machinations and duplicitous editing. But we don’t care. Because the point of most reality TV is not to expand your mind, but to anesthetize it.

With the country trapped in the midst of a presidential election year and tax day looming, along with the persistent, worldwide malaise that’s persisted ever since that rogue weasel broke the Large Hadron Collider, can you blame a person for looking for any opportunity they can to tap out of the current timeline?

For more on the appeal of low-brow entertainment, check out this week’s episode of “Millions of Screens” with TV Awards Editor Libby Hill, TV Deputy Editor Ben Travers, and Creative Producer Leo Garcia. In it, Ben judges Libby and Leo’s life choices and begs to know what, exactly, they get out of spending their valuable time with vacuous reality stars on shows of questionable quality.

In turn, Ben details his thoughts on Amazon’s Emmy hopeful “Hunters,” starring Al Pacino as a mastermind focused on tracking down and eliminating Nazis hiding in plain sight in 1970’s America. Plus, the crew discusses the first footage from HBO’s “Run,” an upcoming romantic-comedy thriller from Vicky Jones and executive produced by Phoebe Waller-Bridge, starring pod-favorites Merritt Wever and Domhnall Gleeson.

This Article is related to: Television and tagged Love is Blind, Millions of Screens, Podcasts, The Circle