The "American Factory" co-director remembered her first Oscars as "a sea of white men," but one that is "getting better." 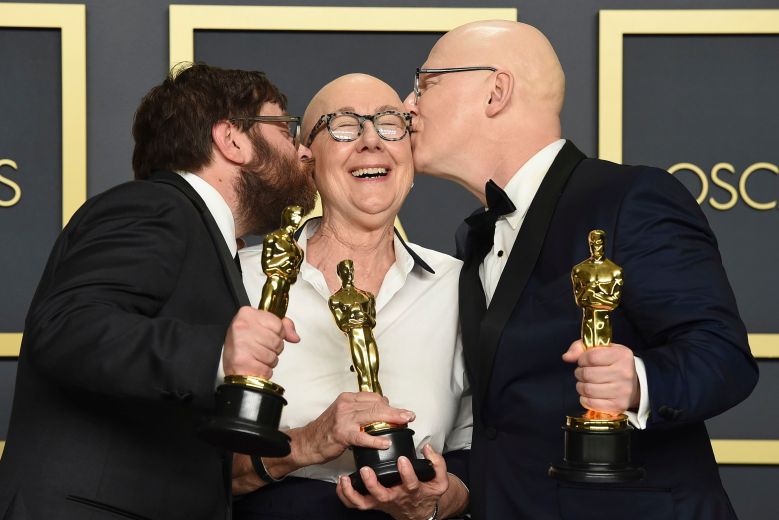 The hottest topic of this year’s Oscars was already in place long before the red carpet was rolled out on Hollywood Boulevard: the continuing lack of diversity in the annual awards’ nominations pool, particularly as it applies to women and people of color. While female directors were shut out of the Best Director race, other categories showed signs of actual diversity and inclusion, particularly the Best Documentary Feature race, which included a majority of nominated films directed by women. On Oscar night, one of those women even walked away with the statuette: “American Factory” co-director Julia Reichert.

The four-time nominee celebrated her first win alongside her partner, co-director Steven Bognar, and their producer Jeff Reichert, and was eager to answer a slew of questions backstage. Top of mind for many: what sort of message would Reichert, one of the year’s few honored female filmmakers, want to send out to other women in the industry?

She continued, “Now how did that happen? It’s not by individual women, it’s because we started realizing, we gotta work together. We gotta support each other and not fit into the patriarchy, like not fit into the boys’ club. So what would I say? We don’t have to do it the way the boys have done it. We can do it the way that women want it to be done, whatever it is. And sisterhood.”

The Best Documentary Feature nominees lineup included four of five titles directed or co-directed by women, including “Honeyland” (a Macedonian doc that picked up a nomination in Best International Film as well), “American Factory” (co-directed by Reichert), Petra Costa’s “The Edge of Democracy,” and “For Sama” (co-directed by Waad Al-Kateab).

By the time Reichert won her Oscar, another female director had also picked up a statuette: Carol Dysinger, who directed the Best Documentary Short Subject film “Learning to Skateboard in a Warzone (if you’re a girl).”

This Article is related to: Awards and tagged American Factory, Julia Reichert, Oscars