Peacock already planned to offer as much as 15,000 hours of content, and the upcoming streaming service's offerings just got even bigger. 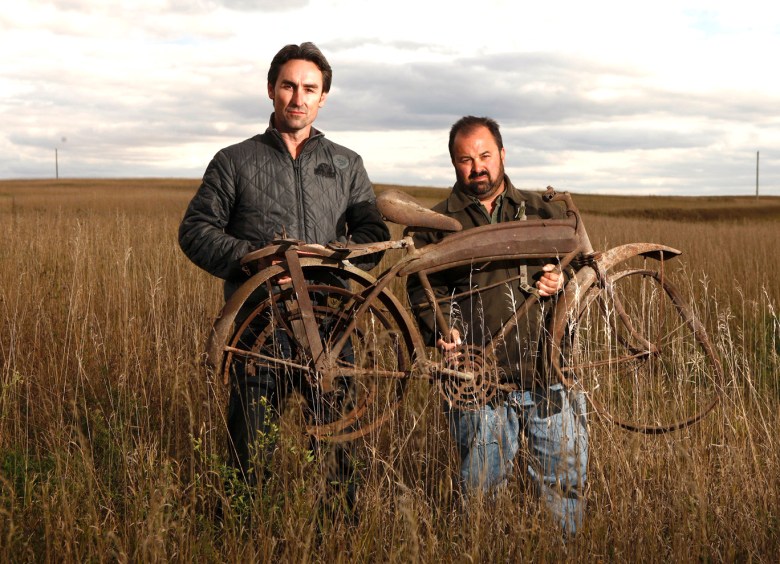 Peacock has inked a licensing deal with A+E Networks that will bring hundreds of hours of content to the upcoming streaming service.

The NBCUniversal-owned Peacock, which launches July 15, announced it will be getting a variety of series from A&E and History, including “First 48,” “Storage Wars,” “Cold Case Files,” “Pawn Stars,” “American Pickers,” “Ancient Aliens,” “Curse of Oak Island” and “Project Blue Book.”

The company’s statement did not include a release date for any of the A&E and History series’ and an NBCUniversal spokesperson did not return a request for comment.

Peacock’s new licensing deal was announced during the lull before the next major phase of the streaming wars. WarnerMedia’s HBO Max is slated to launch sometime in May, while Jeffrey Katzenberg and Meg Whitman’s mobile-focused Quibi releases on April 6. Peacock will be the last of the year’s major new streaming services to hit the market, and all three of the upcoming services will have their work cut out for them in the crowded streaming industry; older streaming services such as Netflix allegedly suffered subscriber churn due to the launch of Disney+ late last year and there’s also been recent murmuring about an upcoming platform from ViacomCBS, which already operates CBS All Access.

Regardless, Peacock’s suite of new titles should help bolster its library offerings. Peacock will leverage content from NBCUniversal’s various subsidiaries, including Focus Features and DreamWorks, as well as live news from networks such as NBC News and MSNBC. The free, ad-supported version of Peacock, titled Peacock Free, will offer 7,500 hours of content, while the two versions of Peacock Premium boast twice as much content.

Though Peacock’s licensing deal with A+E and History fleshes out the upcoming streaming service’s content catalogue, it is still unclear which, if any, of its original series will be available at launch.

That said, NBCUniversal has already announced a variety of Peacock originals, including “Hart to Heart,” an interview series starring Kevin Hart, a new “Battlestar Galactica” series, and a television adaption of the classic dystopian novel, “Brave New World.” Peacock will also revive “Saved by the Bell” and offer a new season of “A.P. Bio.”

This Article is related to: Television and tagged Peacock, Streaming, TV Business