The comedian discussed the cutthroat environment of "Saturday Night Live" and his hopes for the future in a lengthy interview with Charlamagne Tha God. 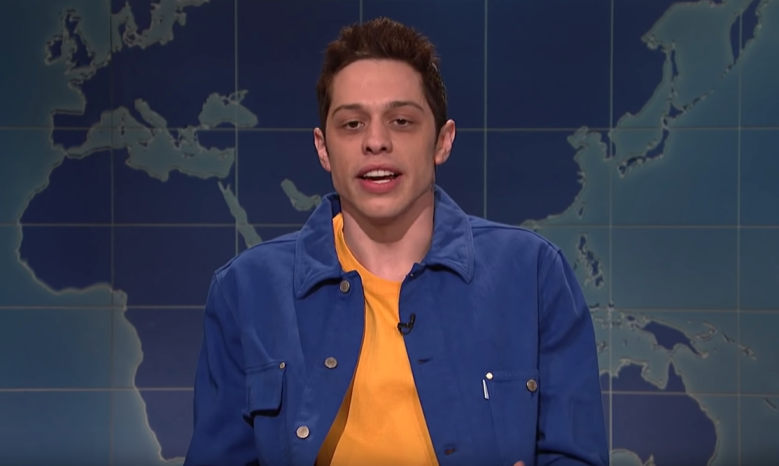 Pete Davidson is ready to move on. The six-year “Saturday Night Live” veteran discussed his work on the sketch comedy show, his mental well-being, past relationships, and a string of other subjects during a wide-ranging discussion with radio personality Charlamagne Tha God in an interview that published Monday morning. Davidson’s frank conversation ranged from candid information on the lowest points of his life to his hopes for the future, which is unlikely to see Davidson performing on “Saturday Night Live.”

“I have a weird feeling in that building where I don’t know whose team they’re playing for,” Davidson said in the interview. “If I’m the joke or I’m in on the joke. I really wanted (2019) to be my last year, but I’m still around and trying to knock it away.”

Davidson has been ready to move on from “Saturday Night Live” for quite some time, but noted that he’d be happy to stay on the show for as long as creator Lorne Michaels wants. Davidson, 26, joined “Saturday Night Live” in 2014, making him one of the youngest cast members in the long-running sketch series’ history. Though the show helped propel Davidson to stardom early in his career, he noted that “Saturday Night Live” is a particularly cutthroat work environment, where coworkers frequently talk behind his back and young writers exist in a state of constant fear about getting fired.

While Davidson was frank about his issues with “Saturday Night Live,” he stressed that Michaels has been consistently supportive of him and also praised Kenan Thompson’s comedic talents during the interview. He also noted that despite the difficult work environment, performing on “Saturday Night Live” helped improve his own comedy.

“Being able to perform live and have to not fuck up — even though I fuck up and laugh all the time — it’s made me smarter,” Davidson said.

Davidson is plenty busy outside his “Saturday Night Live” duties. “Alive From New York,” his first Netflix standup special, hits the streaming service Tuesday, and he’s been cast in “The Suicide Squad” and ABC’s “The Rookie” drama series. He also wrote and starred in “The King of Staten Island,” a semi-biographical comedy about his life, which will release in June.  Davidson also noted that he’s shooting “one or two” additional projects over the summer.

While Davidson’s “Saturday Night Live” career might be ending in the near future, the comedian is already making long-term plans, noting that he hopes to transition away from starring in projects and begin working as a writer and director in the next five years.

Check out the interview with Davidson below: