From shows featuring Idris Elba to Chance the Rapper, IndieWire is keeping track of every new Quibi trailer. 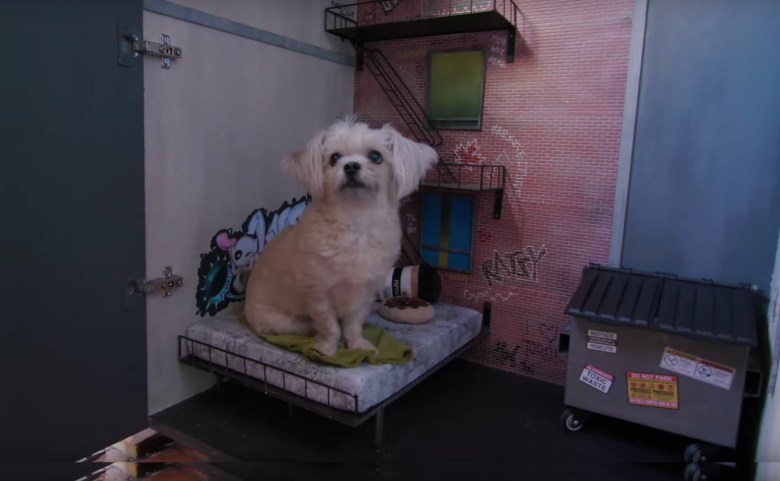 Quibi is coming. That’s not so much a threat — like it might sound — but instead a warning for your personal Peak TV preparation purposes. The mobile short-form streaming service backed by Jeffrey Katzenberg and Meg Whitman is set to launch on April 6, with episodes of each of its series clocking in at a runtime of under 10 minutes. “Quibi” is an abbreviation for “quick bites,” you see, in case you missed the Super Bowl ad.

After inking approximately a gazillion deals with big-name talent and an unveiling at Sundance, Quibi is set to release approximately 175 series within its first year for $5 a month for its ad-supported service.

IndieWire will be keeping track of every new Quibi trailer—and updating this list right here—as they drop:

Yep, this was originally a short film; now Quibi is turning it into a series. According to Deadline, Cunningham and Jackson play employees at a pool cleaning company named — you guessed it — Agua Donkeys. Despite the stereotyped Southern California vibes on offer in the trailer…the show is set in Utah.

Quibi’s bite-sized description: “These dog houses are OFF THE LEASH luxurious. Because today and every day is #LoveYourPetDay. Tyler Cameron and Delia Kenza. Barkitecture.”

Quibi is doing what the other streaming services won’t do: It’s giving us a doggie home renovation show. Good dogs, good dog houses. That’s what it’s all about. Also, there are people on this show too.

In this comedy series produced by Funny or Die, Will Forte and Kaitlin Olson star as a “chronically underemployed” couple who set out to become the next great home-renovation show due. When they find $500,000 in a house they’re attempting to renovate, they end up on the radar of a cartel (played by Andy Garcia, Eva Longoria, and Arturo Castro).

Boyd Holbrook stars in this modern, social media-tinged update of the 1960s television series and 1993 Harrison Ford flick of the same name. In this version of the series, Holbrook plays Mike Ferro, a blue-collar worker (and ex-con) framed for an explosion on a Los Angeles train. Kiefer Sutherland also stars, as Detective Clay Bryce, the man leading the charge in finding Ferro.

From writer Nick Santora (“Breakout Kings,” “Scorpion”) comes “Most Dangerous Game,” a thriller starring Liam Hemsworth and Academy Award winner Christoph Waltz. In the Quibi originals, Hemsworth stars as a terminally ill man who decides he will do anything to be able to care for his pregnant wife — including partaking in a dangerous game of cat-and-mouse that could mean a payday of $24.5 million. That is, if he makes it out alive after 24 hours.

“Punk’d with Chance the Rapper”

Quibi’s bite-sized description: “Chance The Rapper is now Chance The Pranker. No one is safe.”

“Punk’d” is back, and now it’s on Quibi, with Chance the Rapper as its new Punk’r in charge. Quibi will also be rebooting another MTV classic, in the form of “Singled Out.”

Quibi’s bite-sized description: “To: you. From: your secret admirer. Dane DeHaan and Maika Monroe. The Stranger from Director Veena Sud.”

In a twisted bit of Valentine’s Day synergy, Quibi has released the trailer for its original series “The Stranger.” This thriller stars DeHaan as a homicidal sociopath… and the latest passenger in a rideshare driver’s (Monroe) car. Over the course of 12 hours — which is much shorter in Quibi time — the two end up playing a dangerous game of cat and mouse throughout Los Angeles.

Quibi’s bite-sized description: “There’s only one rule when you’re fighting for your life. Sophie Turner and Corey Hawkins. Survive.”

Post-“Game of Thrones,” Sophie Turner stars in this Quibi original as two survivors of a plane crash that strands them on a remote mountain. “Survive” is based on the Alex Morel novel of the same name and also stars Corey Hawkins (“Straight Outta Compton”).

“Quibi: Coming To A Phone Near You”

Unlike the previous trailers above we’re now getting to the point where we emphasize what Quibi has and how you can watch it. This brief teaser touches on all the shows that have already been announced, while describing them as, yes, “quick bites” you can watch from the comfort of your phone. There’s also meant to be new content every day. By this point, you’re either on the Quibi bandwagon or you aren’t.

This Article is related to: Television and tagged Chance the Rapper, Idris Elba, quibi, Trailers