McGowan says she is disgusted by Portman's Oscar dress, which included the names of many female filmmakers the Academy snubbed for Best Director this year. 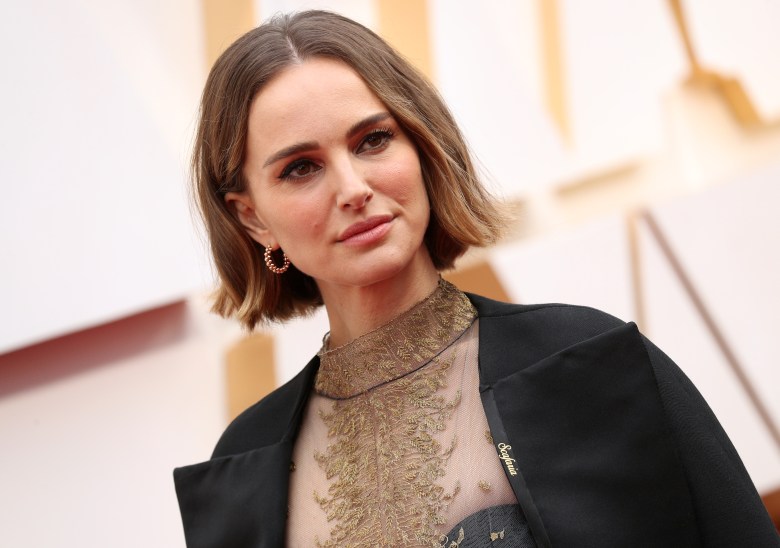 Natalie Portman went viral at the 92nd Academy Awards for wearing a custom-made Dior dress that included the names of several female filmmakers who were snubbed in this year’s Best Director category. The Oscar nominations generated backlash in 2020 for shutting out women filmmakers for Best Director. Names included on the cape of Portman’s dress included Lorene Scafaria (“Hustlers”), Lulu Wang (“The Farewell”), Greta Gerwig (“Little Women”), Alma Har’el (“Honey Boy”), and Céline Sciamma (“Portrait of a Lady on Fire”), among others. The dress marked the second time Portman called out an awards ceremony for overlooking women directors. While presenting the Best Director category at the 2018 Golden Globes, Portman shaded the HFPA by saying, “Here are the all male nominees.”

While some have praised Portman for using Oscars fashion to put the Academy on blast, others are being more critical of the “Black Swan” Oscar winner for her own lack of collaborating with female filmmakers. Actress and activist Rose McGowan published a statement on Facebook (embedded below) in which she said she was left disgusted by Portman’s Oscars dress.

“[This is the] kind of protest that gets rave reviews from the mainstream media for its bravery. Brave? No, not by a long shot,” McGowan writes. “More like an actress acting the part of someone who cares. As so many of them do. I find Portman’s type of activism deeply offensive to those of us who actually do the work. I’m not writing this out of bitterness, I am writing out of disgust. I just want her and other actresses to walk the walk.”

McGowan continues, “Natalie, you have worked with two female directors in your very long career – one of them was you. You have a production company that has hired exactly one female director – you…I am singling you out because you are the latest in a long line of actresses who are acting the part of a woman who cares about other women. Actresses who supposedly stand for women, but in reality do not do much at all. Of course women in the world will keep buying the perfumes you promote, the movies you make, and think they’re buying into who you are. But who are you?”

McGowan later refers to Portman as a “fraud” for not working with woman directors but championing them when it’s opportune for her image. “There is no law that says you need to hire women, work with women, or support women,” McGowan writes. “By all means, you do you. But I am saying stop pretending you’re some kind of champion for anything other than yourself.”

Read McGowan’s full statement on Portman’s Oscars dress in the post below.

This Article is related to: Film and tagged Natalie Portman, Oscars, Rose McGowan