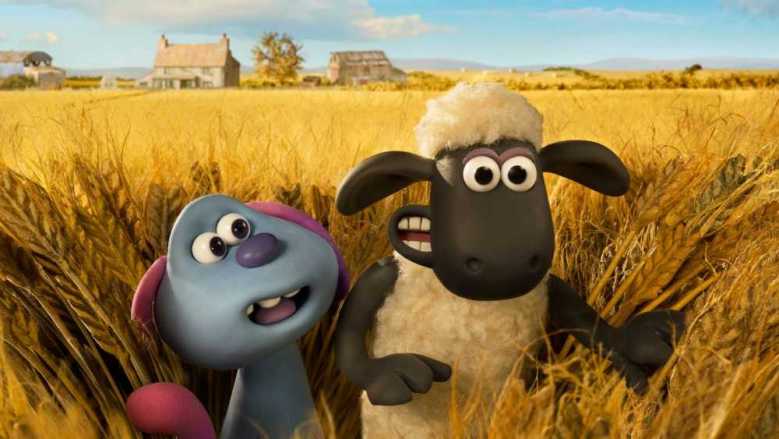 “A Shaun the Sheep Movie: Farmageddon”

Fans of 2015’s winsome “Shaun the Sheep Movie” would be forgiven for worrying that its sequel might betray the simple pleasures of the original (and the long-running TV series that inspired it). After all, the previous film was about a mischievous sheep traveling to the big city in order to find his missing farmer, and the new one is subtitled “Farmageddon.” But anyone bracing for the stop-motion equivalent of a Michael Bay movie — anyone convinced that Aardman Animations has abandoned the workaday joys of “Wallace and Gromit” in order to chase the hectic spectacle of most contemporary kids’ cinema — has had the wool pulled over their eyes.

Like just about everything else in the relentlessly charming “A Shaun the Sheep Movie: Farmageddon,” the title is played for laughs. Splitting the difference between silent cinema slapstick and the cartoon roguishness of Benny Hill, this is still the kind of old-fashioned, all-ages entertainment that Hollywood doesn’t make anymore; it’s still the kind of film in which a farm animal wears a trenchcoat and disguises himself as a tall human so that he can pay a pizza delivery man. If the scope of Aardman’s Spielberg-inflected adventure seems cosmically vast at first, the beauty of “Farmageddon” is that even its biggest moments feel handcrafted. Sometimes you can actually see the thumbprints.

In that light, perhaps it’s a cheeky little joke that “Farmageddon” begins in computer-generated outer space before crash-landing down to a tactile corner of planet Earth, just a few miles from the sleepy British town where Farmer John looks after his adorable flock. All of your favorite characters are just as you remember them, from little Timmy (the sheep equivalent of Baby Yoda) and the twins to the eyeless farmer — who speaks in “Peanuts”-esque grumbles — and his frustrated sheepdog Bitzer, who just wants to enjoy the peace and quiet of the English countryside.

Shaun leads the flock in a game of frisbee, and Bitzer hammers a “no frisbee” sign into the grass. Shaun arranges the flock in a Busby Berkeley-like tower of livestock, and Bitzer produces a “no Busby Berkeley-like tower of livestock” sign (no reading required). It’s a shear delight from the moment it starts — pure and funny in a way that could make four generations break out into the same smile, and wordlessly filled with more personality than speaking toys and singing princesses have ever managed to muster. There’s just something magical about “Looney Tunes” that look real enough to touch; from the tuft of white hair on Shaun’s head to the blue clay skin of his new alien friend, the every detail here feels palpably 3D even on a flat screen.

Yes, Shaun makes an alien friend. Her name is Lu-La, and she’s a cute and curious blue cone thing (imagine someone put a cartoon dog’s head on the body of a day-glo mermaid and then wrapped it in a flapper dress made out of flesh… maybe?). She’s also got purple appendages and telekinetic powers that make her Shaun’s new favorite partner in crime, and she’s happy to join him in causing some chaos while she searches for a way back to her home planet; like any kid who’s a billion light years away from their parents, however, Lu-La’s anarchic spirit gradually sours into sadness.

If Lu-La isn’t one of Aardman’s more indelible creations, she often feels like the sweetest alien that Amblin never invented. It helps that she’s lovable enough to power this trifle of a story, but it’s more important that she’s the perfect vehicle for a zillion different references to classic Spielberg. This feature-length nod to “E.T.” also includes a dozen winks to “Close Encounters of the Third Kind,” a “Jaws” parody set inside a supermarket freezer, and a villainous government agent who seems like an “Indiana Jones” action figure come to life; Agent Red’s xenophobia may have been inspired by Theresa May, but her vibe is pure Irina Spalko.

Kids may not pick up on this stuff, but the homages are hardly ornamental. On the contrary, they’re evidence of a film that careens forward with a practical sense of chaos — a family movie that doesn’t try to overwhelm its young audience into submission, but slows the action down to the point that even a three-year-old could appreciate the comic mania at work. 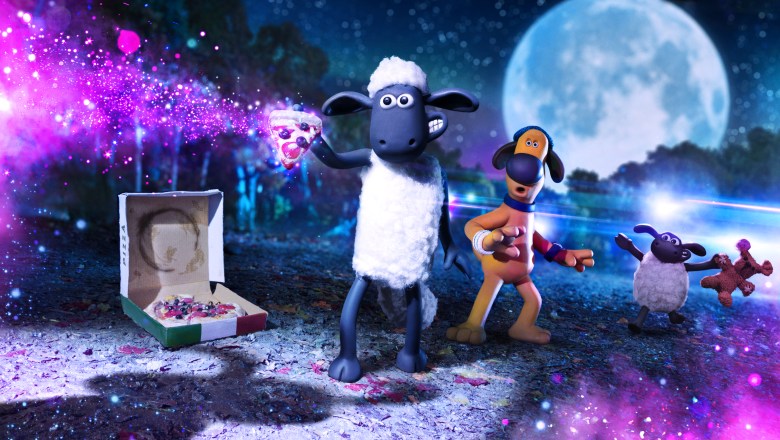 “A Shaun the Sheep Movie: Farmageddon”

The topical layer of timeliness will fly over their heads (how sad that even the kindness of strangers has political undertones), and the film’s incredible punnery is definitely aimed at the parents out there (one gag involving a bull has a 20-minute build-up before its incredible punchline drops in from the sky), but for the most part this is a movie that invites everyone to laugh at the same jokes.

It might also invite everyone to skip over the same parts. A subplot involving Farmer John’s plan to monetize the rampant E.T. rumors spreading across town results in a few classic moments of Aardman tragicomedy, but it also inspires a handful of music-driven montages that break the movie’s spell; if the chirpy original pop songs are innocent enough, the lyrics distract from a film that doesn’t need any legible words, and make these scenes hard to reconcile with the momentum of Lu-La’s story (on the other hand, the “Shaun the Sheep” rap that plays over the end credits and rhymes “fleece” with “on fleek” is obviously perfect, thank you).

But “Farmageddon” never runs foul for long, as directors Will Becher and Will Phelan are always able to steer the story back to greener pastures. It’s hard to stay mad at a movie that can win you over with a single shot of sheep dancing on a tractor, or smiling in a way that makes its mouth stick out from the side of its face. Honestly, there’s more personality and entertainment value in the Aardman Animations production logo than can be found in the entirety of some other recent kids movies. There’s a lot of manure out there these days, but Shaun the Sheep is here to help — for family-friendly entertainment you can watch time and again, “Farmageddon” is hard to bleat.

“A Shaun the Sheep Movie: Farmageddon” will be available to stream on Netflix on Friday, February 14.

This Article is related to: Film, Reviews and tagged A Shaun the Sheep Movie: Farmageddon, Aardman Animations, Netflix, Reviews