Barry Levinson will direct Chopra as guru Osho's lieutenant-turned-bioterrorist, who helped execute one of the largest such attacks in the U.S., as seen in Netflix's hit docu-series. 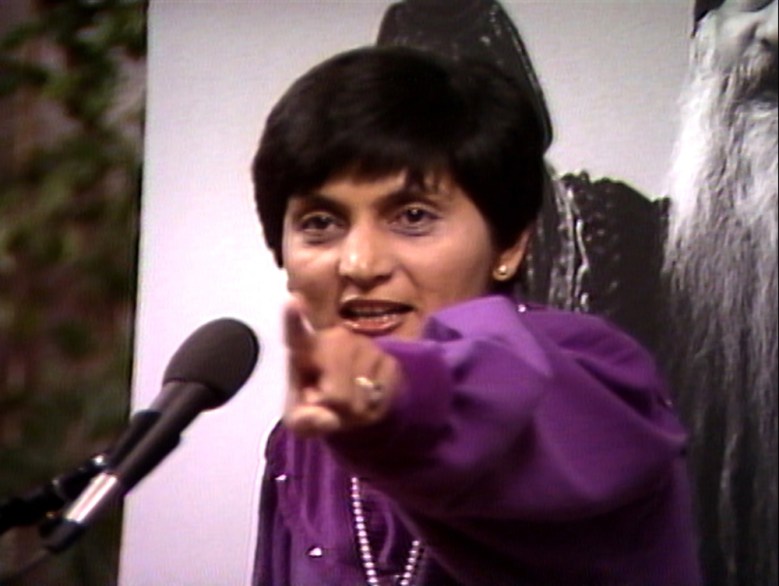 The too-strange-to-be-fiction documentary series “Wild Wild Country” took Netflix by storm back in March 2018, with its lurid exploration of controversial Indian guru Bhagwan Shree Rajneesh (i.e., Osho), his personal assistant Ma Anand Sheela, and their community of followers in Wasco County, Oregon. It was inevitable this wild saga, which led to one of the largest bio-terrorism attacks ever committed on U.S. soil, would make its way to a bigger screen. But it’s not the one you think.

“Sheela,” the movie inspired by the story behind the series, has been set up at Amazon Studios, per Deadline. Personal secretary turned convicted bio-terrorist Sheela will be played by Priyanka Chopra in a film set to be directed by Barry Levinson, in a script from Nick Yarborough. (Netflix, however, is reportedly at work on a documentary that chronicles the aftermath of Sheela’s experience among the Rajneesh, who is no longer in prison.)

Ultimately sentenced to 20 years in federal prison but paroled after just 39 months, Sheela served as Osho’s lieutenant throughout the early 1980s, helping to move his followers known as the Rajneesh from an ashram in India to Wasco County. She eventually became President of Rajneesh Foundation International. As tensions within the community rose, Sheela set out to rig the election by recruiting homeless people to vote for her and Osho, and conspiring to poison citizens to stop opposing votes — in a massive-scale claim to power that become known as the 1984 Rajneesh bio-terror attack. As essentially the brains of the operation, she was ultimately accused of a list of crimes, from arson to mass poisonings, as well as attempted murder, to which she pled guilty.

Priyanka Chopra, currently at work on a mysterious role in the upcoming “The Matrix 4,” was also recently seen in “Isn’t It Romantic,” and the TV series “Quantico.” Director Barry Levinson, who won the Best Director Oscar for “Rain Man” in 1989, most recently helmed the Emmy-nominated TV movies “Paterno” and “The Wizard of Lies,” both treading fact-based terrain a la “Sheela.” Screenwriter Yarborough is currently penning the “Training Day” prequel.

You can currently stream all six episodes of “Wild Wild Country” on Netflix.

IndieWire has reached out to Amazon Studios and Netflix for comment.