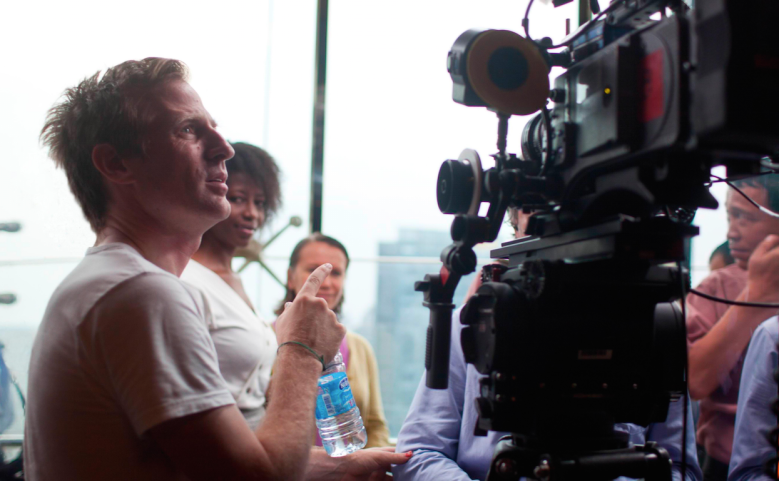 Spike Jonze has joined forces with Free The Work to create a video playlist listing the women cinematographers he wants to work with in the future. Jonze has worked with several female DPs in the past, including Autumn Durald Arkapaw, Zoë White, Mego Lin, and Ellen Kuras. While all four of the director’s feature films have been shot by men (Lance Acord handled Jonze’s first three features and Hoyte van Hoytema stepped in for “Her”), Jonze has collaborated with White, Lin, and Kuras on various advertisements. Kuras worked with Jonze on his famous 2006 Adidas commercial.

As for the women cinematographers Jonze is eyeing for the future, the director’s wish list includes Natasha Braier (“The Rover,” “The Neon Demon,” “Honey Boy”), Daisy Zhou (check out her Nike Vogue commercial), Rina Yang (the cinematographer behind Sephora’s “We Belong to Something Beautiful” advertisement), Maryse Alberti (“Velvet Goldmine,” “The Wrestler,” “Creed”), and Polly Morgan (“The Intervention,” “Lucy in the Sky,” “A Quiet Place: Part II”).

Jonze has yet to announce any narrative feature follow-ups to “Her,” but his next movie is a Beastie Boys documentary that will be released in IMAX and on Apple TV+ in April. The documentary, titled “Beastie Boys Story,” was shot by Autumn Durald Arkapaw, who earned great acclaim on films such as “Palo Alto,” “Teen Spirit,” and “The Sun Is Also a Star.” The documentary will have a limited IMAX engagement beginning April, followed by a global Apple TV+ launch on April 24.

Spike Jonze is a prolific creative that knows no boundaries. Director, writer, actor–you name it and chances are, he’s done it. Who does he call on when he needs help bringing one of his many projects to life? DPs like Autumn Durald Arkapaw, Zoë White, Mego Lin, and Ellen Kuras. * Spike created a video playlist of women DPs–those he has worked with and those he wishes to collab with in the future. If you aren’t already, get familiar with the work of these stellar names. * Swipe up in our story and head to freethework.com to see the playlist in full, and sign up for a profile and create a video playlist of your own. The world wants to see what work is inspiring you. Pinky promise. * #FREETHEWORK #underrepresentedcreators #spikejonze #autumnduraldarkapaw #zoëwhite #megolin #ellenkuras #natashabraier #daisyzhou #rinayang #marysealberti #pollymorgan