In by far the best episode of this new series to date, Picard completes his new crew and has a swashbuckling adventure. 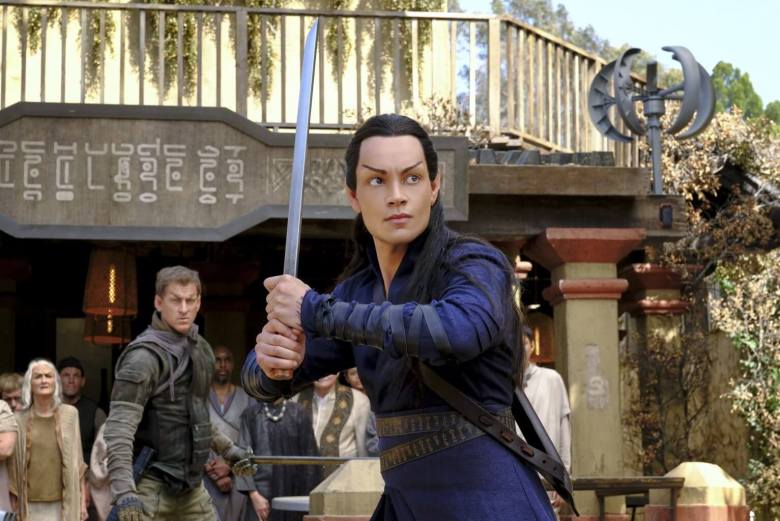 Evan Evagora plays Elnor, a warrior trained in a Romulan secret society and a welcome addition to “Trek” lore.

Stand down from red alert!

“Star Trek: Picard” seems to have course corrected from its lackluster first three episodes in the engaging adventure that is “Absolute Candor.” At last, this show is no longer just a talky chamber drama with characters doing little more than speaking to each other while sitting in chairs of various comfort levels.

Intriguingly, each of the previous three episodes had multiple credited writers, while this one only had one: showrunner Michael Chabon. It feels like a more coherent effort as well, suggesting that some editing might have been done to the previous episodes to make sure all the table-setting that was necessary for this plot to kick into gear had really been done.

Actually, “Insurrection” is an underrated gem, and while some accuse that film of being merely a two-part TV episode put on the big screen, this writer says that’s a virtue, not a drawback. “Insurrection” comes to mind at the beginning of “Absolute Candor” as we’re introduced to Vashti, a Beta Quadrant planet that Frakes chooses to introduce to us much like the Ba’ku planet in the 1998 film. Kids are playing, vendors are selling food, the kids make mischief on said vendors, it’s all relatively low-tech.

Vashti is a planet set aside for a Romulan relocation colony. And into its midst Picard beams himself, wearing a Panama hat. This was 14 years ago, and right before the supernova was to hit. Combined with the beautiful production design — earth-tone colors in the architecture, red leaves blowing in the wind, all warmly backlit — this is the kind of cinematic feast “Next Gen” could never have delivered. 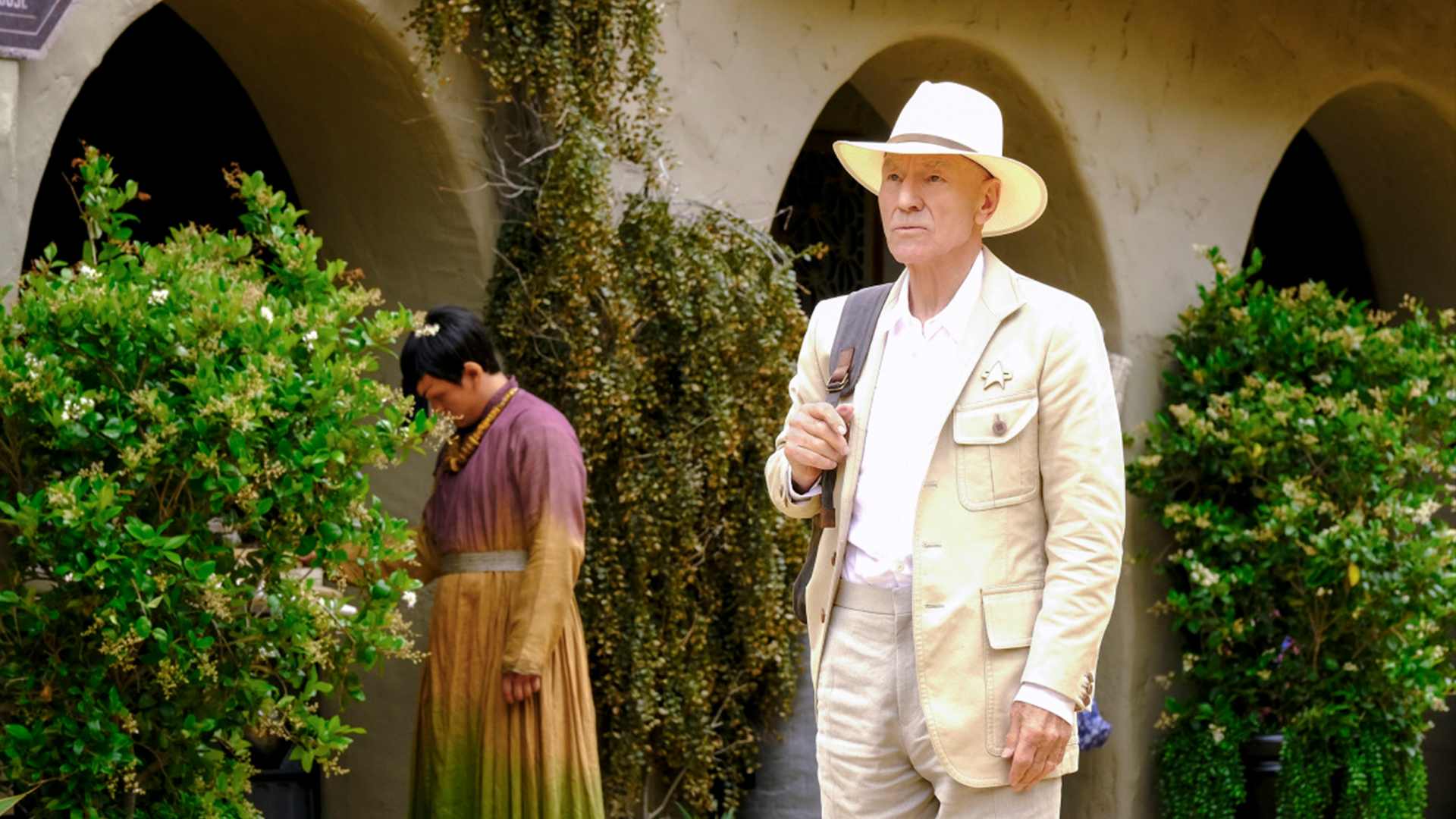 Picard visits an order of Romulan nun-warriors called the Koat Milat — their leader, Zani (Amirah Vann), has been instrumental in the relocation efforts and has taken in a young orphan named Elnor, who’s bonded with Picard. The good admiral gives him a copy of Alexandre Dumas’ “The Three Musketeers,” which he promises to read to him, then shows him some fencing moves. Frakes seems to have gotten a looser performance out of Stewart here. Surely he’s not going to disappear from the life of this boy, lacking any other male role model, for the next 14 years, right?

Cut to the present, and Picard wants to make a stop at Vashti on their way to Freecloud to find Bruce Maddox. But sadly, not to check in on Elnor. It seems he thought the Koat Milat would find a home for him, and that would be that. He wants to go back to Vashti because the Koat Milat are the most skilled hand-to-hand combatants he’s ever seen, and he thinks his quest meets just the right criterion to be judged “worthy” for one of them to join his crew. Oddly, Picard explains all this on La Sirena’s holodeck, where he’s created an exact simulation of his French chateau. He really has become a homebody. And he has yet another hologram of Captain Rios, this one an Emergency Hospitality Hologram, to truly make him feel at home.

Dr. Jurati (Alison Pill) probably likes the Bourdeaux setting for the discussion: “Space turns out to be super boring. Go figure.” And the only holos Rios has aboard to watch are Klingon operas. (Who doesn’t want to hear the “long story” of how that came to be?)

Anyway, Raffi’s upset about Picard’s choice to go to Vashti. It’s apparently a super dangerous area these days. Just pulling all support for a few hundred thousand refugees can do that. Apparently, a Romulan pirate who commandeered an old “Original Series” era Bird of Prey has even been raiding shipping in the area.

Picard explains that they need a Koat Milat warrior for whatever is ahead. But beware! They are enemies of the secretive Tal’Shiar, and different from much of Romulan society, because not only do they believe in keeping secrets, they believe only in communicating with absolute candor. No ego-saving white lies here. “Anyone else think the way of absolute candor sounds potentially annoying?” Jurati asks.

That candor is important for Picard to hear. But he gets another wake up call even before reuniting with Zani and the Koat Milat. The authorities on Vashti that control its planetary shield won’t even let him beam down. Of course, they relent soon enough, but when he materializes right where he did 14 years before, no one seems to care about his presence. Those who do later only care because they resent him, but his initial glimpse of the settlement shows a group of people who have moved on. Maybe they’re not better off without Picard, but they’ve survived. And it’s another questioning moment for our legendary character: Is he needed, really? Is there still value in being a hero, if no one recognizes you’re a hero?

Of course the answer to the second question is “yes” even if the answer to the first is a bit more unclear. Even if Picard never asked to be celebrated the fact that he simply has been so much means that to be met with indifference has to be a shock.

Picard meets Zani again, who reinforces his feeling of inadequacy with her absolute candor. Is Picard really that different from Starfleet? Because he basically abandoned the Romulan rescue effort too and decided to save no one when he realized he couldn’t save them all. “I let the perfect become the enemy of the good,” he admits.

Good, this is healthy! We’re asking tough questions of this character rather than just having a number of angry women yell at him, like in the three previous episodes. (Really, what was that all about?)

Guess who should still be living there with the Koat Milat? Elnor! Now a grown man and fully trained in the monastic group’s warrior ways, though, as a man, he can never truly become part of the Koat Milat.

Picard tells Elnor about his quest. The young Romulan says he remembers the stories his one-time mentor told him about Data. He even remembered Data had an orange cat — Spot! Stewart’s moment of fond recollection there: “That’s right!” — was so natural, and his best acting of this series to date. But Elnor feels like Picard abandoned him too and so, when asked “Will you bind your sword to my quest?” Elnor answers with a firm “no.” 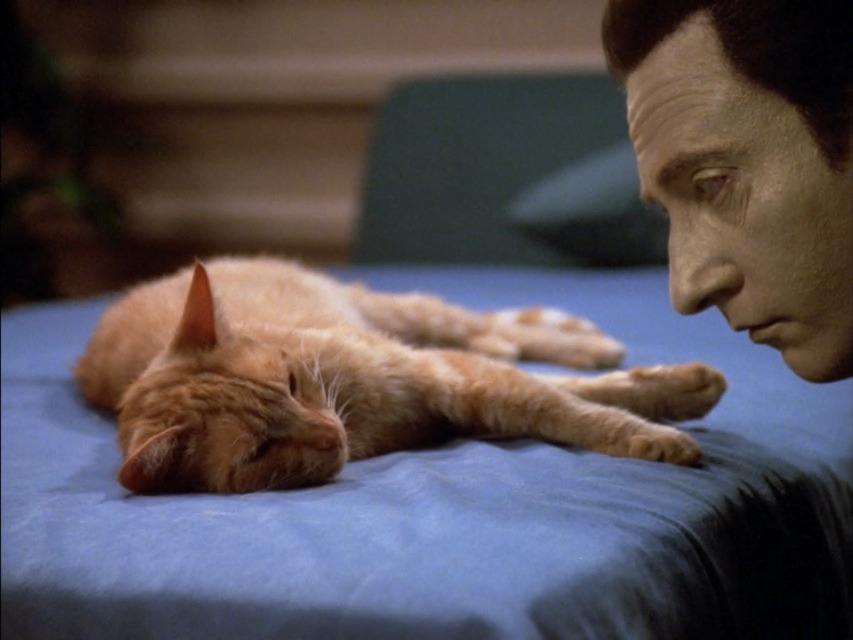 “O Spot, the complex levels of behavior you display / Connote a fairly well-developed cognitive array / And though you are not sentient, Spot, and do not comprehend / I nonetheless consider you, a true and valued friend” — “Ode to Spot” by Lt. Cmdr Data, from the “Next Gen” episode “Schisms”

Meanwhile, back at the Borg Cube… words that, thus far, have meant momentum killing scenes are ahead. But not this time! Not that there were a ton of developments on the cube with Soji (Isa Briones) and Narek (Harry Treadaway), but these moments this time were exceptionally well crafted, straddling the line between camp and glory in a way that felt uniquely “Trek.”

Soji was watching an old holo interview with Ramdha, the one-time Romulan mythology scholar who was assimilated by the Borg and attacked her in the previous episode for being “The Destroyer.” Turns out in that interview Ramdha elaborates on what this whole thing with the Destroyer is about: apparently on the Day of Annihilation, the demons will unshackle their chains and answer the call of “The Destroyer.” Spooky.

“I felt seen,” Soji says to Narek about Ramdha calling her that, even though she didn’t like what Ramdha saw in her.

Narek is getting closer to figuring out exactly what Soji’s deal is. Clearly she was never programmed to know her true origins. But maybe they’d come out at a moment she feels fun and free? He takes her to a corridor that apparently has a frictionless floor they can use to slide on. It’s a silly moment, but oddly beautiful: it’s like Bob Cratchit sliding on the street ice in “A Christmas Carol.” And Jeff Russo’s music, lush strings with a bit of organ to give it grandeur, made it rather magical. All the better for Narek to use this romantic moment to kiss Soji and get inside her head: he tells her there was no record of her passage to this cube. And he has no response when she asks if he thinks she’s lying. Buzzkill.

Narissa continues to get Lannister-level inappropriate with her brother when grilling him about his progress with Soji. “I assume she’s anatomically correct?” could very much cause one to throw up in their mouth a little, especially after she’s just creepily caressed his beard while he slept. This is as overripe a display of sexuality we’ve seen in “Star Trek” since Kira’s Mirror Universe counterpart on “Star Trek: Deep Space Nine” — and I. Am. Here. For. It. 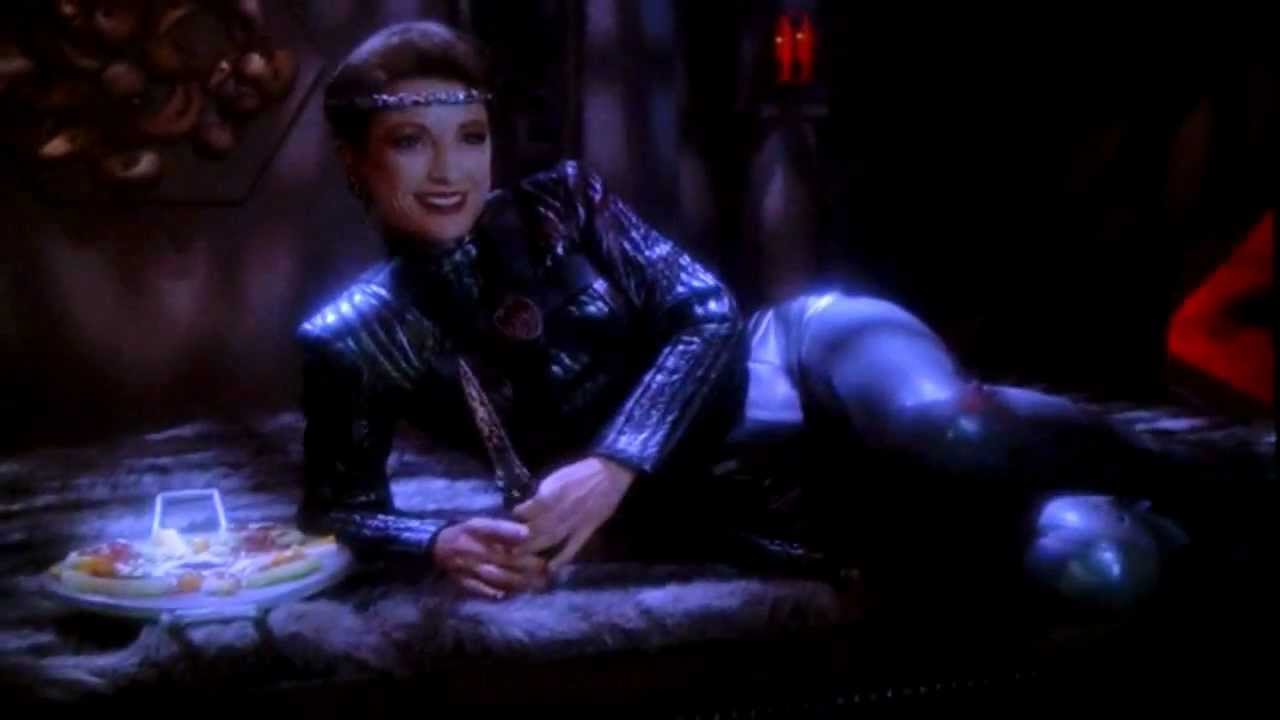 Narek counters that they can’t kill Soji until they have found if other synths like her are still active elsewhere — maybe there were more than just these two sisters? Perhaps, especially since someone must have sent her to this Borg Cube for a specific purpose, for intentions unknown even to Soji. What could that purpose be? Narissa clutches Narek by the throat and gets her brother to reveal the robot girl told him she’s “The Destroyer.” But how will she become that?

Back on Vashti, Picard waits around as the only human at a Romulan bar until his window for transport opens. It doesn’t go well. An ex-Senator accosts him for abandoning them. And Elnor shows up so Picard doesn’t have to duel the heavy. A spurt of green blood later, and it’s over: Elnor has joined his quest. They beam up and Picard tells the rest of the crew that their mission has met the Koat Milat’s criterion for one of them to join up: it’s a “lost cause.”

And it’s almost a lost cause from the start, because that pirate with the Romulan Bird of Prey shows up and fires on them. It’s a sticky spot for sure — and so welcome to see our first space battle in this time period! — but another ship comes to their rescue and blasts off one of that Bird of Prey’s nacelles. It suspiciously looks like the Delta Flyer from “Star Trek: Voyager” but 20 or so years evolved. Their savior is about to smash against the planetary shield, when Picard, getting fully back into bridge commander mode, has that person beamed over: it’s Seven of Nine! Tertiary Adjunct of Unimatrix Zero-One! (Jeri Ryan.)

Seven of Nine is one person who might actually be able to spill the beans on what the Romulans want with Borg technology and how Soji might fit into this whole thing!

But of course she doesn’t actually say anything here. Dialogue will have to wait for next week.

That is one cliffhanger worthy of the name, though. And a fine way to end this best-to-date episode of “Picard.” 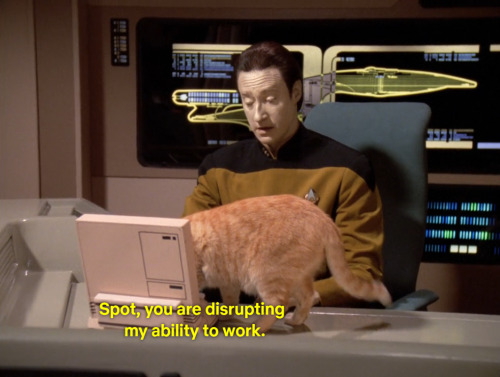 Because we can’t get enough.