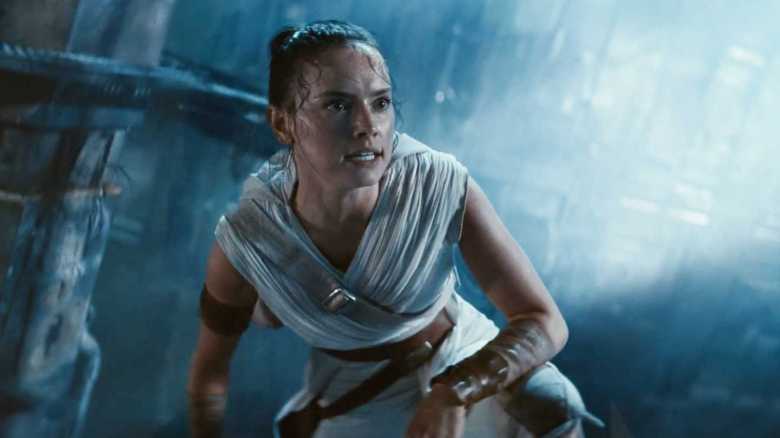 As Lucasfilm figures out what’s next for “Star Wars,” filmmaker J.D. Dillard and writer Matt Owens have reportedly been tapped to develop a new feature for the franchise. According to The Hollywood Reporter, details surrounding the upcoming project from Dillard (writer/director of indies “Sleight” and “Sweetheart”) and Owens (a writer on Marvel series “Agents of S.H.I.E.L.D. from ABC and “Luke Cage” from Netflix) remain mysterious.

That includes whether or not the film will head for a theatrical premiere, or bow on Disney+, streaming home to Lucasfilm’s “The Mandalorian” and the upcoming Obi-Wan series spinoff with Ewan McGregor (production last month was shifted to 2021 amid rumored creative conflicts). The report of the new “Star Wars” project also has yet to reveal whether Dillard, also a writer, will actually direct should the movie advance.

This would mark Lucasfilm’s latest foray into a “Star Wars” feature since “Star Wars: The Rise of Skywalker” bowed last December, though “Jojo Rabbit” Oscar winner Taika Waititi was also recently courted to develop a film for the franchise. As for “Rise of Skywalker,” its current global box office totals more than $1 billion, which portends many more “Star Wars” features to come. Also long rumored to be in the works is a new trilogy of films from “Star Wars: The Last Jedi” director Rian Johnson, though plans for that set of films may be put on hold as Johnson ramps up to helm the sequel to his winter 2019 hit mystery “Knives Out” for Lionsgate. And then there’s the rumored “Star Wars” film Marvel chief Kevin Feige is cooking up.

So far, upcoming “Star Wars” films on the docket are dated for December 16, 2022, with further installments set for December 2024 and December 2026, though the nature of those projects — and whether the latest from Dillard and Owens is one of them — hasn’t been announced. “Star Wars” fans, meanwhile, can quell the wait with the second season of “The Mandalorian,” from creator Jon Favreau, slated for October 2020. The next run of “The Mandalorian,” a series that takes place between the events of director Richard Marquand’s 1983 “Return of the Jedi” and “Rise of Skywalker” director J.J. Abrams’ 2015 “The Force Awakens,” will reportedly feature characters from the Skywalker Saga. For Disney+, a prequel series following legacy characters Cassian Andor (Diego Luna) and K-2SO (Alan Tudyk) from Gareth Edwards’ 2016 “Star Wars” spinoff film “Rogue One” is also in the works.

IndieWire has reached out to representatives on the project for comment.

This Article is related to: Film and tagged Lucasfilm, Star Wars