It took six years, but fans of "Star Wars: The Clone Wars" will finally be getting the show's long-awaited seventh and final season. 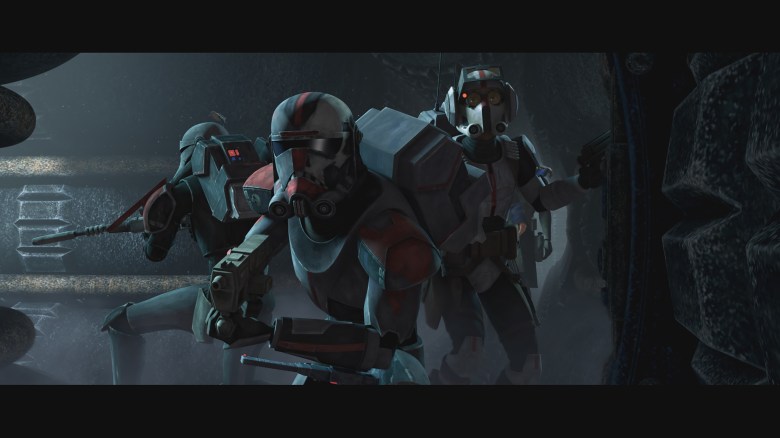 The six-year wait for “Star Wars: The Clone Wars” Season 7 is nearly over. The first episode of the series’ final season will premiere on Disney+ on Friday, February 21, and Disney has unveiled a new clip and several images to hype up the beginning of the end.

Like the show itself, Season 7 will focus on the end of the galaxy-spanning Clone Wars that defined much of the franchise’s mythology. The new clip from “The Bad Batch” teases a team-up with a squad of “favorably mutated” clone troopers, who will kick off the season with a mission behind Separatist lines.

Per Disney: “The forces of darkness have amassed great power in their bid to transform the Republic into the Galactic Empire. With the Republic on a losing streak, Captain Rex fears the Separatists are using stolen data to help predict the Grand Army’s every move. As the threat of defeat looms, Rex teams up with experimental Clone Force 99, also known as the Bad Batch. Together, they embark on a high-risk mission behind enemy lines to uncover the truth behind the Separatist victories.”

While the series’ new clip is focused on the Clone Troopers, plenty of fan-favorite Force users will be returning throughout the upcoming season, including Anakin Skywalker, Darth Maul, and Ahsoka Tano. 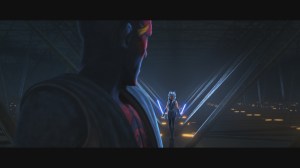 “The Bad Batch” was intended to kick off Season 7 several years ago before production on the series was stopped. The episode would’ve been part of a four-episode arc. One of the series’ writers released plot details about the story arc in 2014, when the series’ future was uncertain — and unfinished story reels were also released — but only time will tell how the experimental Clone Troopers play into the overall series.

The seventh season of “The Clone Wars” will premiere a few months after Dave Filoni’s Disney+ tentpole “The Mandalorian” hit the streamer. Filoni served as creator and showrunner on “Star Wars Rebels” and is the showrunner for “The Clone Wars.” Like his animated series, “The Mandalorian,” which will return for a second season in October, enjoyed stellar fan reception.

“The Mandalorian” Season 1 finale teased that the Darksaber, a black-bladed lightsaber that originated in “The Clone Wars,” would play a significant role in future installments. Given the interconnected nature of recent “Star Wars” projects — and Disney’s need to keep the franchise in the public eye — don’t be surprised if similar teases pop up in the upcoming “The Clone Wars” season.

Check out the clip from “The Bad Batch” below:

This Article is related to: Television and tagged Dave Filoni, Disney Plus, Star Wars, Star Wars: The Clone Wars