An overthinking twink can't tell if he's bisexual, asexual, or sex-ambivalent in this solid indie with a colorfully controlled aesthetic. 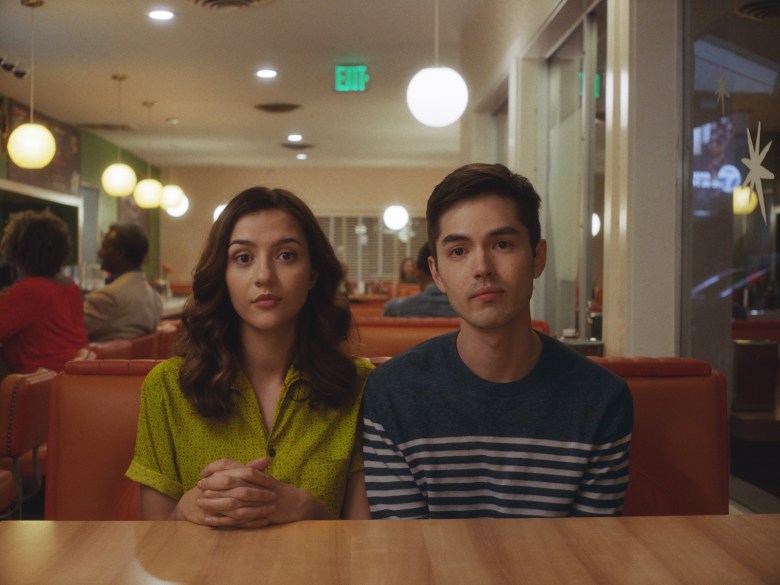 Featuring a lovable goof named Rory and characters that talk at a breakneck clip about topics ranging from commonly misused idioms to Paul Newman’s sexuality, “Straight Up” is basically a gay “Gilmore Girls” in indie film form. The debut feature from James Sweeney (who also stars), the film is as precisely put together as its overthinking protagonist Todd, who uses his weekly therapy sessions to talk himself in circles about his ambivalent feelings about sex. Like any well-heeled neurotic gay man, Todd (Sweeney) knows a lot about a lot of things — he just doesn’t know himself. As such, “Straight Up” is meticulous in building its hyper-stylized aesthetic, but doesn’t have much to say about the human condition.

As its title suggests, “Straight Up” doesn’t exactly fit into the label of “queer film.” (Labels are so over, anyway.) Though Todd has been pegged as gay since he was a kid, bodily fluids unnerve him, a rather thin explanation for his lack of sexuality that’s repeated ad nauseum throughout the film. The word “asexual” is only mentioned one in passing. Had it been explored in more depth, “Straight Up” would be a groundbreaking representation of a misunderstood identity.

Viewed under that lens, Todd’s journey is actually quite radical. But the film’s reluctance to delve too deeply into Todd’s emotionality ensures the film remains as pristine and empty as the elegant Los Angeles homes he house-sits. Everything’s stunning on the surface, but no one’s home.

That said, there’s plenty to admire about “Straight Up,” from fastidious framing to rapid-fire pacing. The dialogue, while overloaded with literary and film allusions, is quite funny. The characters are all quite endearing in their own way, but it’s not until Rory (a charming Katie Findlay) shows up that the story really comes alive. 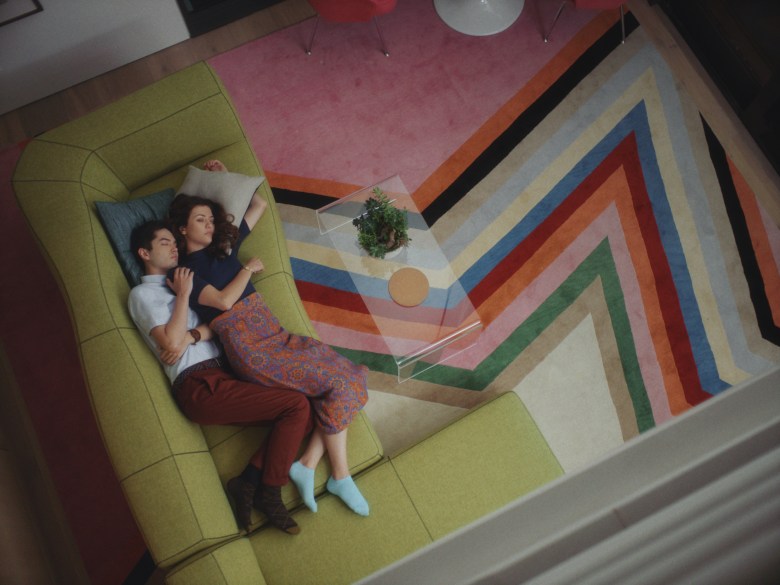 After years of being alone, Todd has finally met his match in the self-deprecating actress who would rather play Bananagrams than get it on. Through her acting class, we learn she has a history of sexual trauma, a rather important detail which Sweeney leaves woefully unexamined. Todd and Rory’s attempt to consummate their budding romance ends with Rory in tears. The next morning, she skirts the issue by chalking their thwarted lovemaking up to Todd’s OCD around bodily fluids. Todd, being a self-involved man in his twenties, doesn’t even think to ask why the person he loves had such a reaction. Rather than have his two highly analytical characters discuss what has happened, Sweeney simply brushes past it, leaving the most potentially fruitful heart of his story largely unexamined.

Todd’s gig as a professional house-sitter gives Sweeney an excuse to show off a cavalcade of gorgeous Los Angeles homes to which he secured access. Designed within an inch of its life, “Straight Up” plays like a moving showroom for colorful rugs and mid-century modern furniture. Sweeney’s eye is omnipresent in his meticulous compositions. If a frame isn’t perfectly symmetrical, it’s deliberately off to the side to signify an emotional chasm where the writing couldn’t. It’s pleasing to look at, but ultimately hollow.

Randall Park (“Fresh Off the Boat”) and Betsey Brandt (“Breaking Bad”) make an energizing guest appearance as Todd’s parents. It’s all copacetic until the older couple starts flirt at the dinner table, making painfully obvious the key element of a romantic relationship that Todd and Rory are lacking. When Todd’s dad says, “He should know that his old man still pitches like Roger Clemens,” you believe him.

Like Todd, “Straight Up” may be too smart for its own good. The film’s scenario is just as clever as the characters, but it’s bogged down by its external appearances. Still, everyone can enjoy a little eye candy from time to time.

This Article is related to: Film, Reviews and tagged Reviews, Straight Up, Strand Releasing