The beloved writer-director was awarded the Oscar for Best Adapted Screenplay for his work on "Jojo Rabbit." 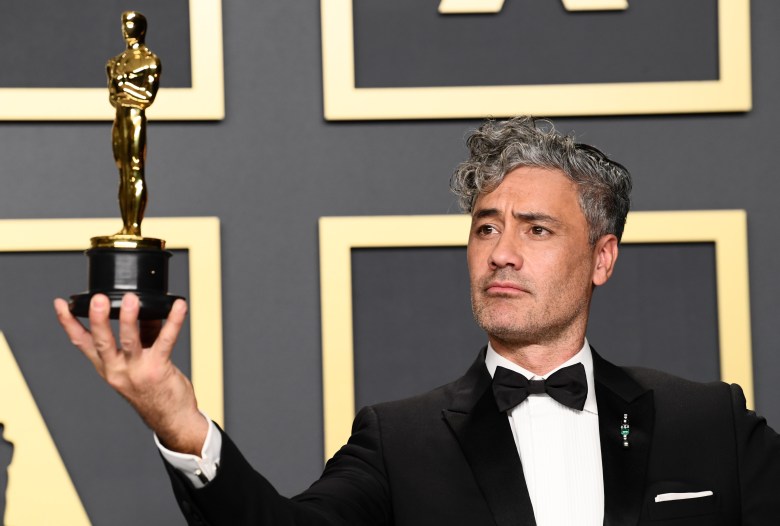 Fresh off his Best Adapted Screenplay Oscar win for “Jojo Rabbit,” writer-director Taika Waititi joined Variety for a cover story in which he looks back on the mad dash that was the shortened 2020 Oscars season. “Jojo Rabbit” is one of the more critically divisive films to win an Oscar this year (second only to “Joker”). The coming-of-age dramedy is set in Nazi Germany and follows a young boy in the Hitler Youth camps whose worldview is rattled after he discovers his mother is hiding a jewish teenager in their home. Waititi’s humorous tone and his role as an imaginary Adolf Hitler divided critics after “Jojo Rabbit” world premiered at TIFF (IndieWire’s Eric Kohn criticized Waititi for turning the Holocaust into a punchline). Waititi tells Variety there would’ve been less criticisms of the film had his Jewish heritage been more widely know.

“Yeah!” Waititi answers when asked if backlash to the film would have been more muted if he went by Taika Cohen and more people knew he was Jewish. “They did a press screening with a lot of Jewish press, and a lot of the comments were ‘I wish we’d known that he was Jewish before we’d watched the movie.'”

But making it more widely apparent that Waititi is Jewish (his grandfather is of Russian Jewish heritage) in the film’s marketing or during the film’s press outings and Oscar campaign would have taken away from the film’s impact, the director suggests. “It feels almost like buying into it, if you start considering the fact that you might have to put on the poster: ‘Don’t worry, the director’s Jewish!’ Or: ‘I know how you’re feeling. Just watch it,'” Waititi says.

As for the rumors that circulated prior to the film’s TIFF debut that Disney was nervous about releasing “Jojo Rabbit” because the film’s edginess went against the studio’s more wholesome, family-friendly image. Waititi tells Variety he suspects that’s a lie. “The people who’ve run Disney have always been very supportive,” Waititi says. “They’ve watched the film, and they love it.”

Disney must love Waititi as Searchlight quickly backed his “Jojo Rabbit” follow-up project, the true story soccer drama “Next Goal Wins.” Waititi is already finished with principal photography and is moving into the editing phase now that his “Jojo” Oscar campaign is over. The director says a fall 2020 release is in the cards for the film. Read Waititi’s Oscars cover story on Variety’s website.

This Article is related to: Film and tagged Jojo Backlash, Oscars, Taika Waititi