Sally Potter re-teams with "Ginger & Rosa" star Elle Fanning for a heartfelt but moribund drama about what might have been. 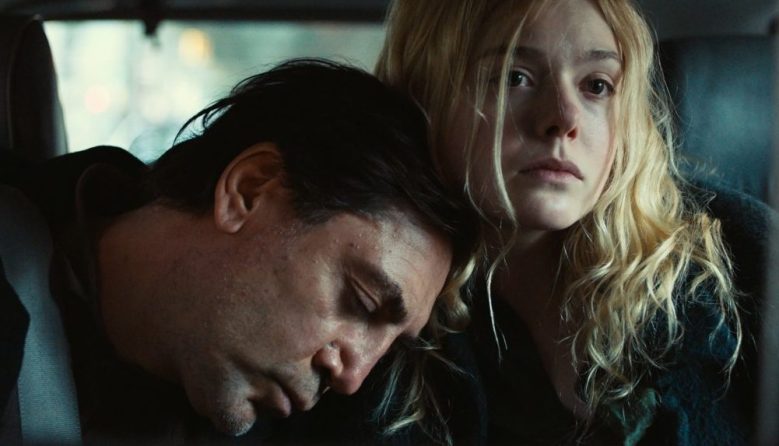 “The Roads not Taken”

Editor’s note: This review was originally published at the 2020 Berlin Film Festival. Bleecker Street releases the film on Friday, March 13.

Molly (Elle Fanning) is sick of the way that people tend to dehumanize her dad (Javier Bardem), as soon as they realize that he suffers from some kind of advanced dementia. The cab drivers are nice enough, but the dentist, the eye doctor, and even Leo’s ex-wife (Laura Linney) talk to him as if he’s nothing more than his tragically premature condition. “Why does everyone always refer to dad as if he’s not here?,” Molly asks her mom. And the inevitable, exasperated reply is one of those lines that you can hear in your head before it’s even spoken: “Is he?”

That might sound like a rhetorical question, but Sally Potter’s “The Roads not Taken” doesn’t frame it like one. On the contrary, this curious and heartfelt dirge of a movie hinges on the magical thinking that Leo has actually left his body, and that nobody knows where he went. The shell is still there, mumbling and walking and pissing itself in public, but the ghost has gone AWOL.

Potter, an idiosyncratic British filmmaker (“Orlando,” “Yes”) who seems to have rediscovered an urgent creative purpose in her 60s, draws from her personal experience of caring for her younger brother as he died from early onset Alzheimer’s. At first, she captures the inner tension of loving someone in that state — the heartbreaking friction between presence and absence. But Potter is determined to fracture her movie even further from there and develop it into a strained, time-hopping tale about — well — the roads not taken. Where has Leo gone? Into the other lives that he might have lived had he never emigrated from Mexico to New York, or had he returned home after having Molly and pursued a solitary existence as a writer.

The moribund character drama that Potter wrings from that premise is far too sensitive and searching to become what Leo might describe as “a beautiful disaster.” And yet, its hero’s journey back to himself is impossible to square with a disease that doesn’t just obfuscate a person’s identity, but obliterates it completely. There’s nothing speculative or romantic about a massacre like dementia. It’s a process of erosion, not discovery; it asks “what was,” not “what might have been.” And while it’s touching how Potter tries to restore a measure of humanity to someone who’s being robbed of what little they have left, her movie never takes you anywhere because there’s nowhere for Leo to return.

The exact nature of Leo’s dementia is never diagnosed on screen, but it’s rather advanced by the time that “The Roads not Taken” begins. Molly shows up at her dad’s ramshackle Brooklyn apartment beside the Myrtle Avenue J/M/Z tracks, relieves Leo’s hired aide, and immediately puts on a brave face and a pained smile to prepare for the day they’re about to spend together. Fanning is a palpably intuitive actress, and you can feel her character negotiating her grief in real time — fighting to find her dad inside the ruins of his own mind, even if there’s no reality in which she could. If she keeps looking, he must still be in there. She refuses to treat his mutterings like gibberish, which means that when Leo mentions a mystery woman named Dolores, his daughter interprets it as a clue.

Molly doesn’t get to see the glimpses into her father’s parallel realities — the flashes of what Leo might have found had he followed the roads not taken, which Potter weaves into the movie between harried scenes of the here and now — but it doesn’t take long for us to figure out that Dolores was Leo’s first love, and that he once sacrificed a life with her for a shot in America. Leo deliriously envisions an alternate timeline in which he returned to Dolores, and to the home they shared together in a dusty corner of their home country. But something is off; there’s a deep wound between them. Every hard choice in life comes with its own measure of heartache. 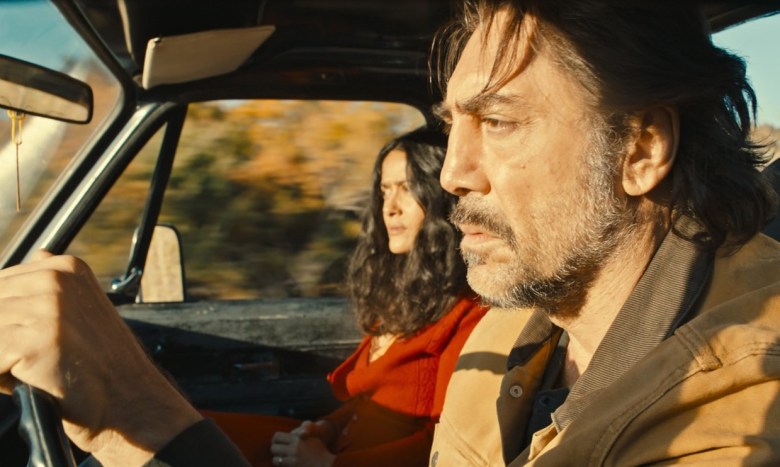 “The Roads not Taken”

The other scenario Leo imagines is similarly haunted, even if it first seems to be glazed with a layer of male fantasy. The frustrated author follows the thread of what might’ve happened if — after having Molly — he left her in pursuit of his muse. And so Leo finds himself trying to finish his novel along the waters of a beautiful Greek island, where he smolders in solitude and takes an overly keen interest in a beautiful young tourist who’s no older than his daughter.

This strand of the story is the hardest to watch, but also the most wrenching; it’s the only part of the film that fully courses with the extraordinary torture of a writer’s imagination. It’s here that we best appreciate what Bardem brings to his thankless role, as he balances all three shades of Leo with the same general hue of dislocated sadness. No matter where his mind takes him, regret will never pave the path towards happiness.

As dour in practice as it is bright-eyed in principle, Potter’s film makes an earnest but enervating attempt to erase mental boundaries (“Everything is open,” Leo exhales with his very first line). It’s an effort that “The Roads not Taken” stress with the physical borders that Leo has crossed in his life, and the split identity at the heart of the immigrant experience.

In a movie that gets much less mileage from Robert Frost than it does the Confucian logic of “wherever you go, there you are,” there’s certainly room to explore the idea that anyone who chooses a life in America is forsaking a life somewhere else — that being and belonging aren’t as far removed as Republicans might have you believe. But the clumsy scene where Leo is accosted by a xenophobic Costco shopper is typical of a torpid film that struggles to reconcile its poetic imagination with the coarseness of real life; its fantastical approach to dementia with the undignified grind of dying from it. “You are always you,” someone says as Leo tries to find his way back to the life that he chose for himself. But anyone who’s been in Molly’s shoes knows that’s just wishful thinking.

“The Roads not Taken” premiered in Competition at the 2020 Berlin International Film Festival.

This Article is related to: Film, Reviews and tagged Berlin, Reviews, Sally Potter, The Roads Not Taken