Berlin: Mohammad Rasoulof’s anthology film about executioners and the people closest to them radiates with narrative urgency. 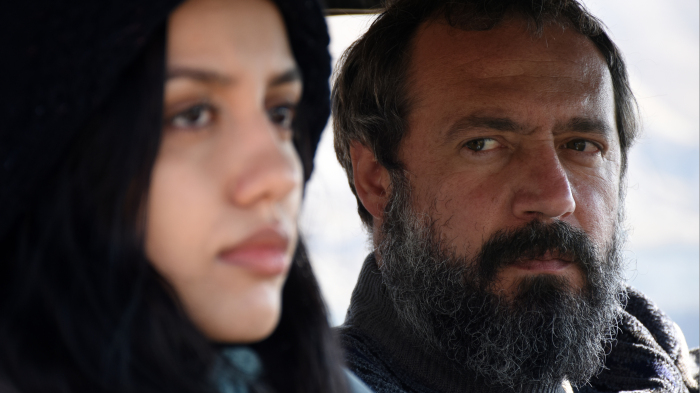 “There Is No Evil”

“There Is No Evil” spends 30 minutes establishing its premise, and another two hours taking it in surprising new directions. Iranian director Mohammad Rasoulof’s brilliant anthology feature unfolds across four stories about military men tasked with executions as they grapple with their options, contend with the fallout, and witness the impact it has on the people closest to them.

Rasoulof, who has been barred from leaving his country since 2017, has made an absorbing ride defined by the paradoxes of its people. Nobody in “There Is No Evil” has it easy: There’s no simple moral code when every possible option leads to a point of no return.

The four stories that comprise “There Is No Evil” involve a range of diverse men and women enmeshed in various hardships impacted by the executions their jobs demand of them. Some of them do it, some of them refuse, but they’re all trapped by the same troublesome quandary. It’s a movie that asks, “What would you do?” by way of implication, then lets a series of hypotheticals take that journey.

From a dreary opening passage, “There Is No Evil” mutates into a riveting thriller, takes a sharp turn into romance, and winds up with a family drama that brings all the individual components together for a poignant open-ended finale. Along the way, Rasoulof deploys an inspired tonal uncertainty, as each chapter involves a new angle on the emotional stakes at hand. The scope of the storytelling combines “Pulp Fiction” energy with the structural playfulness of Rasoulof’s fellow Iranian auteur Jafar Panahi, but radiates with a narrative urgency all its own.

Iran executed somewhere in the vicinity of 225 people last year (by comparison, there were 22 in the U.S.) and while that may sound like a relatively small number for a country of roughly 84 million people, “There Is No Evil” doesn’t fixate on the nature of the judicial process. Instead, Rasoulof magnifies the psychological impact of this ritual, and the way its institutionalization creates a ripple effect across society for so many generations. In press notes, Rasoulof says he came up with the idea for the project after spotting his own interrogator at the bank, and “There Is No Evil” uses that cue to construct an innovative collection of fragments that transcend their specific national setting and could apply to all life under autocratic rule.

Rasoulof has tackled this sort of risky subject matter several times before, in the bleak thrillers “Manuscripts Don’t Burn” and “Man of Integrity,” which both revolved around men persecuted by bureaucratic forces at every turn. This time, however, he’s expanded that focus to a wider canvas that keeps evolving as it moves along, with bite-sized observations about personal and professional responsibility that intensify as the stakes increase each time out. Rasoulof trades the somber, disquieting approach that usually defines his filmmaking for fresh genre tropes that energize the proceedings and increase the level of excitement as each new chapter heading (“There Is No Evil,” “She Said, ‘You Can Do It,’” “Birthday,” and “Kiss Me”) comes along.

Still, “There Is No Evil” begins with a familiar slow-burn premise, exploring the life of fortysomething Heshmat (Ehsan Mirhosseini), a genial family man who goes through familiar rituals — arguing with his wife about a visit to the bank, buying groceries with his adolescent daughter, caring for his ailing mother-in-law — before he heads to work in the dead of night. That sequence, an enigmatic after-hours ritual riddled with ominous mystery, culminates with a twist that sets in motion the conundrums to come.

However, the next installment has a totally different experience in store. Pouya (Kaveh Ahangar), a young military man who’s next in line for the obligatory execution duty, bickers with his bunkmates about whether or not he can go through with the ordeal. Pressed to man it up, he makes a last-ditch attempt to pawn off the responsibility before marching into the line of fire. But that’s when the story arrives at an exciting new twist that will jolt viewers who think they have the movie’s thematic trajectory figured out. Rasolouf is one step ahead of them. “Laws are laws,” one of Pouya’s peers tells him, but life doesn’t make such clear distinctions. As the scenario transforms into a gleeful lovers-on-the-lam saga, it casts a new level of ambiguity into the proceedings — the impression that every possible escape leads to more potential dangers. 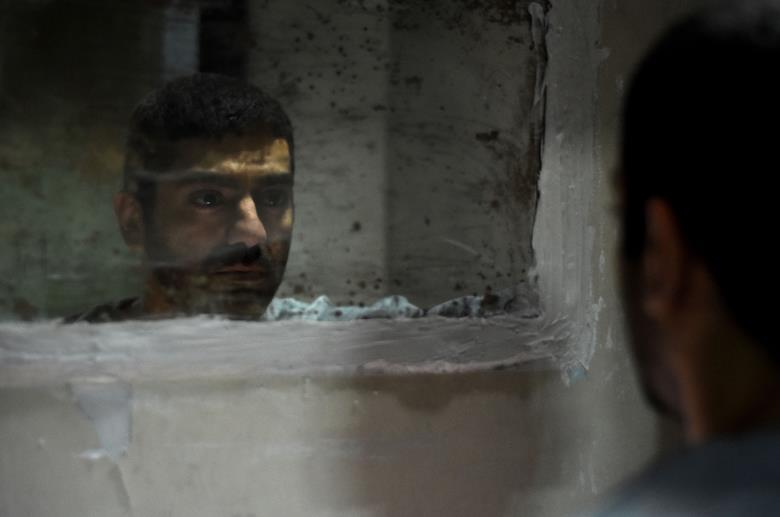 “There Is No Evil”

From that quasi-escapist tangent, “There Is No Evil” morphs into a fascinating romantic drama, with Java (Mohammad Valizadegan) sneaking away from his military service to visit his girlfriend Nana (Mahtab Servati) in the countryside. He finds her and her family mourning the death of a man whom Java met under unexpected circumstances, and he’s trapped by the prospects of revealing his misdeeds to the woman he loves. The chapter eventually becomes a powerful centerpiece for Rasoulof as he explores the tensions between citizens committed to their loved ones and trapped by the options at their disposal.

“There Is No Evil” closes with its most sentimental entry, but one devoid of surprise, and it manages to relate back to each passage leading up to it. This time, the troubled protagonist is both Bahram (Mohammad Seddighimehr), a middle-aged man who lives in the remote countryside, and his niece Darya (Baran Rasoulof, the director’s daughter) who pays him a visit from abroad. As the pair undergo a weekend of fox hunting in the sprawling golden meadows surrounding Bahram’s house, Darya grows suspicious of her uncle’s past, building to a showdown that permanently changes their relationship. The final revelation borders on melodramatic, but speaks to the underlying moral conundrum that has been percolating through each preceding chapter.

At times “There Is No Evil” stumbles on the didactic nature of its construction, and the occasional heavy-handed observation from Rasolouf’s screenplay, which seems to have tossed a bunch of t-shirt slogans into the exposition to draw out the running time (“Politics knows no mercy,” to take one cringe-worthy example). However, the movie maintains such an enthralling rhythm, with an organic visual approach that keeps changing throughout, that it never loses touch with an underlying sense of purpose.

Cinematographer Ashkan Ashkani builds the story around tender closeups and complex long takes, but the landscape of cities and countryside play a role as well, drawing out the bigger picture in play. But there’s an intimacy to Rasoulof’s storytelling that often hinges on beguiling poetic moments that transcend his character’s linguistic boundaries: a stone-faced expression by one man as he watches a stoplight turn from red to green and back again, unable to press ahead, and a single hand, shaking from some uncertain blend of fear and disgust, placing a ring on the finger of a woman unsure how to respond. In quiet exchanges like these, the movie reaches a higher cinematic plane than any of the ethical arguments surrounding them.

All along, “There Is No Evil” chips away at a single overarching conundrum: Follow orders or flee? Fight the power or bend to its will? Rasoulof offers no precise answers, but excels at asking questions from several compelling angles in the service of a single inquisitive epic. The movie provokes the wonder and terror of what it means to live in a world where every resolution brings new questions, and the prospects that a happy ending might carry the greatest risk of all.

“There Is No Evil” premiered at the 2020 Berlin Film Festival. It is currently seeking U.S. distribution.

This Article is related to: Film, Reviews and tagged Berlin, Mohammad Rasoulof, Reviews, There Is No Evil