Two months after the merger of CBS and Viacom, the combined company is finally offering some clarity on its digital future. 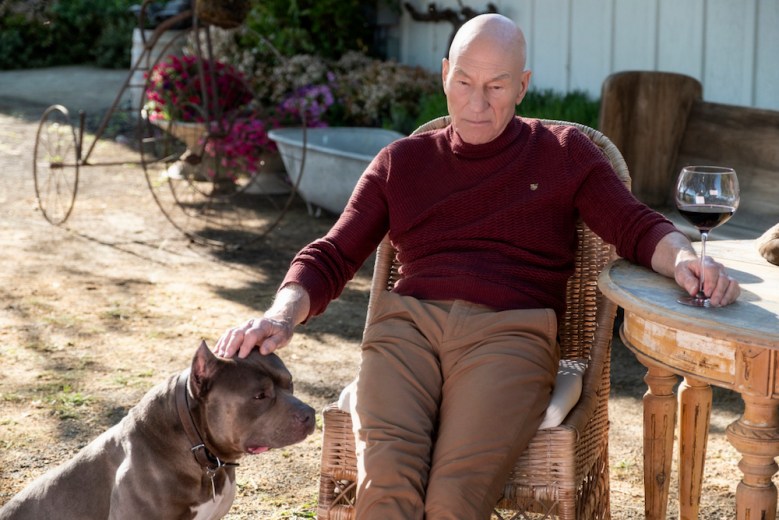 Sir Patrick Stewart and No. 1 in “Star Trek: Picard”

After months of declining to give specific details, ViacomCBS is reportedly planning to launch a new streaming service that would encompass all the existing digital properties of the recently combined media giant.

CNBC broke the news that the company, which recently completed its long-awaited merger, wants the upcoming platform to combine CBS All Access with Viacom assets such as Pluto TV, Nickelodeon, BET, MTV, Comedy Central and Paramount Pictures. The unnamed service would reportedly cost less than $10 per month — the ad-supported version of CBS All Access costs $5.99 per month, while the premium version runs for $9.99 per month — but executives haven’t finalized pricing or the service’s name. The premium version of the service would reportedly include Showtime; currently Showtime is one of several premium TV networks that can be purchased as an add-on to select streaming services, such as Hulu.

CBS All Access is continuing to build up its roster of originals: The streaming service’s “Star Trek: Picard” premiered several weeks ago and has been renewed for a second season, while company executives announced a slate of new original programming during a CBS All Access panel at the Television Critics Association 2020 Winter Press Tour in January. “The Twilight Zone” is also getting a second season on the platform, Richard Linklater is working on a docuseries for it, and Stephen Colbert is executive producing an upcoming animated political comedy for CBS All Access.

A company spokesperson did not return a request for comment. CNBC reported that ViacomCBS executives will publicly discuss the platform during the company’s Q4 earnings call on February 20th. As with all streaming services, concrete numbers are hard to find, but the company has previously said the CBS All Access plus digital Showtime reach a total of 10 million subscribers.

The Viacom-CBS merger was met with skepticism on Wall Street, where analysts have questioned how the unified company would position itself to compete in an increasingly crowded television market. The company’s stock has mostly been on the decline since the merger completed. Several key questions about the merged company — primarily regarding how will make use of its combined assets — have yet to be answered, although the  outline of this digital plan seems like a step in the right direction toward clarity. That being said, do consumers have any thirst for yet another streaming service?

To that end, ViacomCBS seems to be trying to mitigate its risk. While ViacomCBS wants to build up its own in-house portfolio, the company has also been willing to work with its competitors: Netflix and the ViacomCBS-owned Nickelodeon inked a deal to produce original animated films and series for Netflix last year. Though CBS All Access announced several children-oriented projects at TCA, those Nickelodeon properties, such as “SpongeBob SquarePants,” are among the company’s most visible family-friendly brands.

This Article is related to: Television and tagged CBS All Access, Streaming, TV Business, ViacomCBS