Many of the results diverge from the expected outcomes on Sunday.

Critical acclaim usually isn’t enough to guarantee an Oscar win, and in some cases, the nominees most beloved by critics don’t even stand a chance. That logic certainly applies to the results of IndieWire’s annual critics survey, which asks participants to vote on the nominees that should win in every category, regardless of whether or not pundits predict that they will. Many of the results diverge from the expected outcomes on Sunday.

However, one serious frontrunner received major support. “Parasite” topped many of the categories where it stands a good chance of winning, including Best Picture, Best Director, Best Original Screenplay, and Best International Feature Film. At the same time, the biggest threat to a “Parasite” Best Picture win is Sam Mendes’ “1917,” and few critics supported that outcome: The film came out in fifth place for Best Picture, while frontrunner Sam Mendes came in fourth place for Best Director.

With 128 film critics voting in this year’s poll, it should come as no surprise that the movie remains a popular favorite. Notably, other movies not unexpected to win on Sunday landed in significant runner-up slots, with “Once Upon a Time in Hollywood” coming in second place for Best Picture and “The Irishman” auteur Martin Scorsese landing in second place for Best Director just behind of Bong Joon Ho.

Many other categories diverged from the safe bets. In the acting categories, only Best Supporting Actor frontrunner Brad Pitt received the most support for his beloved “Hollywood” turn, well ahead of runner-up Joe Pesci. But Antonio Banderas topped the Best Actor category for “Pain and Glory,” beating out “Joker” star Joaquin Phoenix by a significant margin; he wound up in third place, behind runner-up Adam Driver for “Marriage Story,” despite Phoenix’s expected victory on Sunday.

And while “Marriage Story” is expected to score an Oscar win for Laura Dern in Best Supporting Actress, more critics would like to see that one go to Florence Pugh for her energetic turn as individualistic Amy March in “Little Women.” That doesn’t mean critics are dismissive of “Marriage Story,” though: Scarlett Johansson topped the poll for Best Actress, far ahead of expected winner Renee Zellwegger for “Judy,” who landed in third place; “Little Women” star Saoirse Ronan took second. 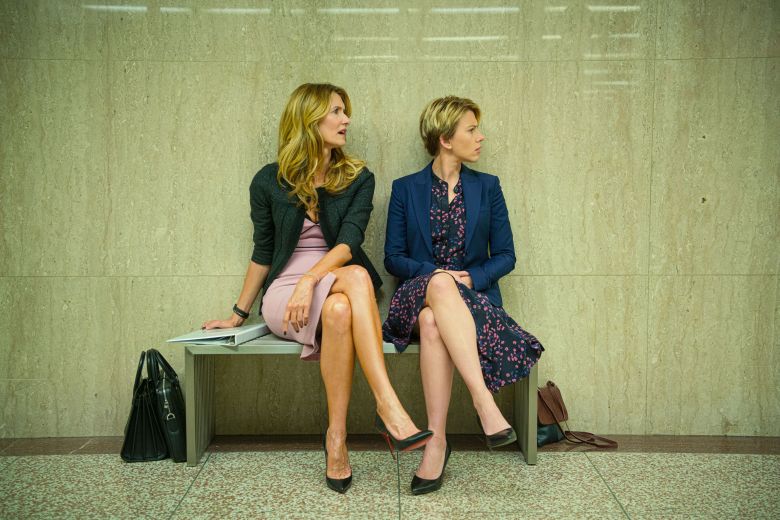 The divergence continues into several other feature categories. While “Parasite” maintains the same dominance in Best International Feature that it’s likely to receive on Sunday, the survey shows the most critical support in Best Animated Feature for the surreal French romance “I Lost My Body,” rather than the obvious popular favorite, “Toy Story 4.” Another striking contrast comes from the Best Documentary category, where “Honeyland” — also nominated for Best International Feature — has the largest amount of critical support by far, beating out clear frontrunner “American Factory.”

While the films that top each category indicate major critical support, the survey also reveals which nominees critics would prefer not to award on Sunday. While “Ford v Ferrari” won both Best Sound Mixing and Best Sound Editing (anticipating real outcomes on Sunday), the old-school racing drama received no votes at all for Best Picture. Similarly, none of the participating critics voted for Todd Phillips as Best Director. While the lack of support for the divisive movie shouldn’t come as a shock, “Joker” scored the most nominations of any film this year, and the survey illustrates just how much Academy preferences tend to differ from critical preferences. Likewise, “1917” received no votes for Best Original Screenplay.

Conversely, the most significant show of support in the survey goes for a movie that’s not even nominated. Per tradition, the survey invited critics to vote on the nominees for Best Film and Best Director at the Independent Spirit Awards, which take place on Saturday. It’s there that “Uncut Gems” emerges as the clear-cut winner alongside Josh and Benny Safdie. The A24-produced gambling thriller was the surprise hit of the fall, a commercial sensation that found Adam Sandler scoring some of the best reviews of his career. The zany character study was completely shut out of the Oscar race by the Academy, but the Spirits squeezed it in — and if critics had a choice, it would score one last pair of consolation prizes before the 2020 awards season comes to a close.

4. “Once Upon a Time in Hollywood” (Michael Minkler, Christian P. Minkler, and Mark Ulano) (13)

1. “Once Upon a Time in Hollywood” (Production Design: Barbara Ling/Set Decoration: Nancy Haigh) (55)