Berry, Freddie Fox, and Susan Wokoma make for a fantastic central trio, as the raunchy detective comedy makes a stop in 1880s London. 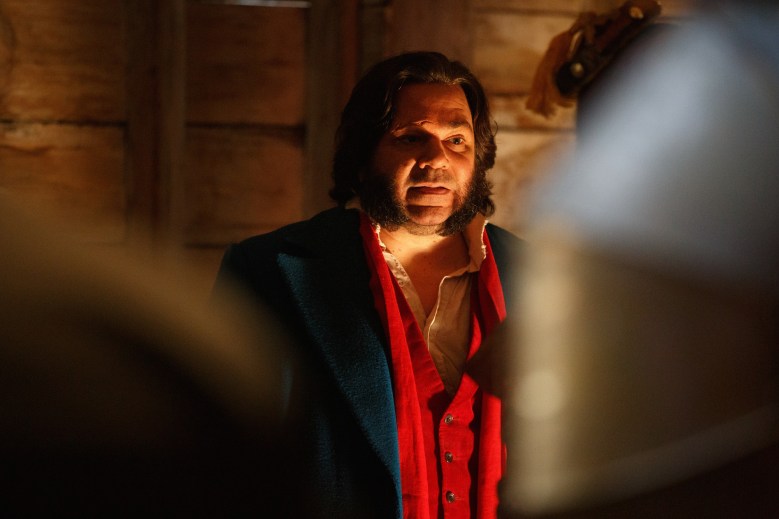 “Year of the Rabbit”

There are few people alive with Matt Berry’s line delivery skills. When he’s not leaning into the lofty, roller-coaster cadence that’s led to scene-stealing parts on “The IT Crowd,” “Toast of London,” and most recently the TV version of “What We Do in the Shadows,” he’s an actor with a gift for raised eyebrows and comedic directness that can turn both short proclamations and impossibly syllable-d word chunks into the most dependable punchlines.

So it’s always a treat to see him take on a role that affords those talents a front-and-center spot. The latest TV project to do so is “Year of the Rabbit,” a period detective comedy that aired last summer on Channel 4 and makes its stateside debut this week on IFC. Berry stars as DI Eli Rabbit, a street-savvy detective dispensing with his own brand of pre-forensics sleuthing in 1880s London.

Rabbit’s methods are unconventional, his passion often directed in unexpected directions, and his instincts are usually pretty canny. Using a number of tools at his disposal, Berry feels right at home slinging period-appropriate insults at low-level criminals and professional rivals. In the few cases when “Year of the Rabbit” calls for it, he also reaches deep for some emotional shading that hints that the show could also have worked as a more straightforward drama if it so chose.

Rabbit’s standard approach gets a bit of a shakeup with the arrival of two unlikely new would-be partners. Wilbur Strauss (Freddie Fox), a far more genteel counterpart, is Rabbit’s new charge. Another frequent compatriot in their investigations/adventures is Mabel Wisbech (Susan Wokoma), a new police officer herself and one who aspires to becoming far more than just the boss’ daughter.

Perhaps the greatest joy of “Year of the Rabbit” is seeing the sheer dexterity that this mismatched core police trio shows off from episode to episode. Any time Strauss sheds his well-to-do exterior, Fox digs into each undercover persona with particular delight. As Mabel becomes wooed by a potential enemy and develops her own way of sniffing out villains, Wokoma glides through her own wave of one-liners with joyful ease. 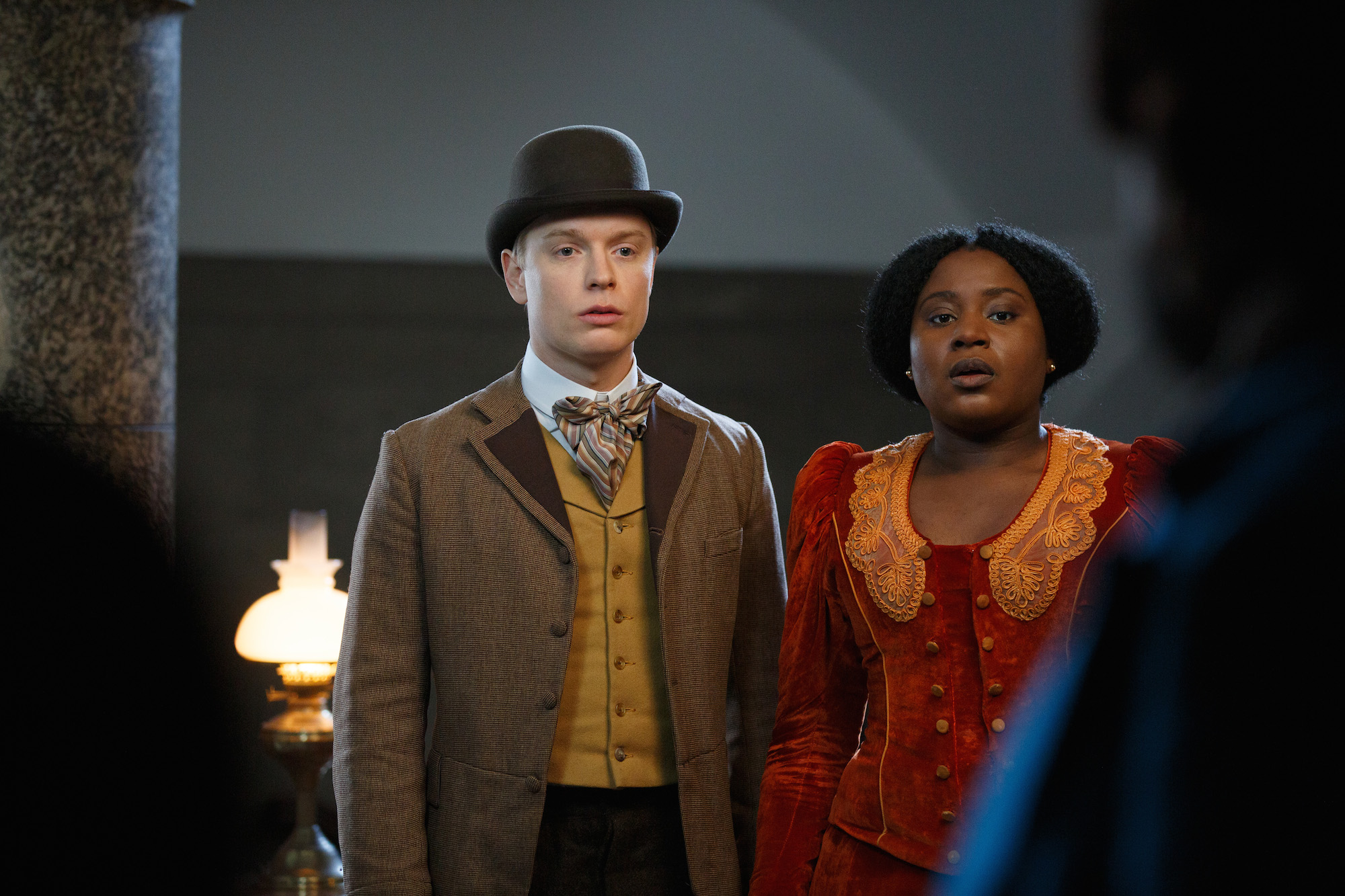 “Year of the Rabbit”

Even with the occasional rhythmic procedural similarities to something like “Brooklyn Nine-Nine” — Alun Armstrong as Rabbit’s catchphrase-happy boss Chief Inspector Wisbech is enough to give Holt a run for his money — “Year of the Rabbit” is doing more than mapping a modern buddy cop template onto a Victorian canvas. Writers/Creators Kevin Cecil & Andy Riley work in historical figures like Joseph Merrick (here a freewheeling theater mainstay, as played by David Dawson) and not-so-veiled groundwork for Jack the Ripper-esque killings, the show takes advantage of the logistical realities of the day as a nice bit of grounding.

Whenever the comedy threatens to become too absurd, Rabbit and his budding crew get a strong reminder (often via a fresh corpse) of what’s at stake. And this isn’t an attempt to turn Rabbit into some kind of wise-cracking superspy. He’s just as vulnerable to his own predilections and sense of duty as any other fictional late-19th century character with lenient work hours and ambiguous job responsibilities.

And sure, these opening-season episodes sometimes sag underneath the weight of the obligatory red herrings that a detective comedy brings. (You can pretty much count on one very confident misidentification of the culprit per mystery.) But that just gives more opportunity to bring more welcome actors into the “Year of the Rabbit” fold. Keeley Hawes flits through the entire season as part of a mysterious underground criminal enterprise. After “Veep,” Sally Phillips gets another chance to play a European leader sprinkling in a bit of chaos to an already-hearty supply. And it’s worth noting again the sheer glee Armstrong and Dawson bring to their regular lightning bolt appearances.

The show’s best energy and ability to subvert expectations of a show set in this time and place is evident right from the pilot. Even still, there’s a sense that this series’ best moments could still be ahead of it. With Rabbit, Strauss, and Mabel split up at various points throughout the season (either by circumstances or necessity), there’s a sense that a more continuous combo of those three would help the show operate on an even more powerful comedic frequency. Regardless of how they’re combined, what’s on offer right now from “Year of the Rabbit” is a chance to see some very gifted performers add a goofy curveball to the London of centuries past.

This Article is related to: Television and tagged IFC, Matt Berry, TV Reviews, Year of the Rabbit