Beetz co-starred opposite Joaquin Phoenix in "Joker," which nabbed two Oscars at the 92nd Academy Awards. 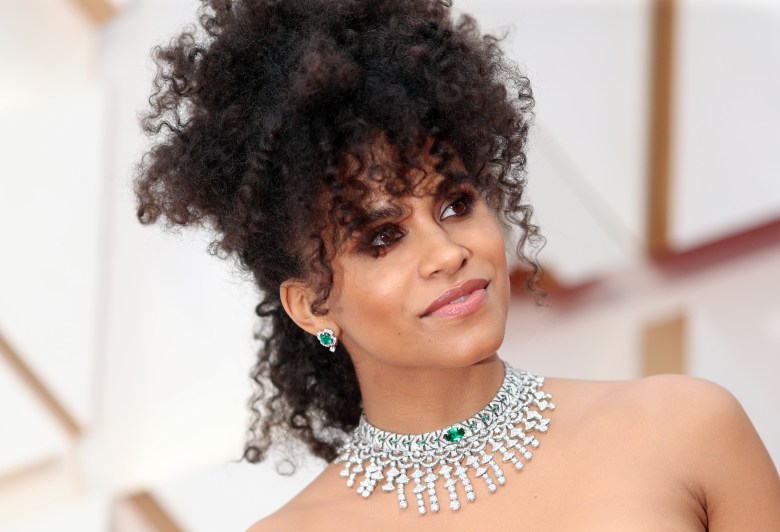 “Joker” finished its award season run on a high note at the 92nd Academy Awards, where it picked up more nominations than any film (11 total noms) and won the prizes for Best Actor (Joaquin Phoenix) and Best Original Score (Hildur Guðnadóttir). Both of the “Joker” Oscar victories were notable: Phoenix’s win was the first time a comic book performance landed an Oscar for a leading role, while Guðnadóttir is the first woman to win the combined Best Original Score prize (three previous women had won in earlier versions of the category). With two Oscars and over $1 billion grossed worldwide, “Joker” shattered all expectations and now the question remains whether or not Todd Phillips, Phoenix, and Warner Bros. will move forward with a much-debated sequel. If it was up to “Joker” supporting actress sequel Zazie Beetz, a sequel would probably be off the cards.

“I don’t know if it needs one,” Beetz told MTV on the Oscars red carpet. “There is a lot of strength in not milking something. Honestly, I feel like Todd would be the person to [make a sequel] tastefully. If he felt it needed one. I really trust him. He’s really creative and smart. So sure.”

Phillips and Phoenix have spoken a lot about being open to the possibility of a “Joker” sequel while stressing that no deal is in place at this time to make one. “A movie doesn’t make a billion dollars and they don’t talk about a sequel,” Phillips told IndieWire in November. “Joaquin and I have publicly said we’ve been talking about a sequel since week two of shooting because it’s a fun thing to talk about.”

“Here’s the real truth about a sequel,” Phillips continued. “While Joaquin and I have talked about it, and while touring the world with Warner Bros executives — going to Toronto, and Venice, and other places — of course, we’re sitting at dinner and they’re saying, ‘So, have you thought about…?’ But, talking about contracts, there’s not a contract for us to even write a sequel, we’ve never approached Joaquin to be in a sequel.”

Phoenix has stressed that making another “Joker” movie would only make sense if there was a strong enough idea that was radically different than what Phillips and co-writer Scott Silver came up with for the Oscar-winning original. As the actor told the Los Angeles Times, “We’ve only talked about the fact that if we ever did one — and I’m not saying we are because right now we’re not — it couldn’t just be this wild and crazy movie about the ‘Clown Prince of Crime,’ That just doesn’t interest us. It would have to have some thematic resonance in a similar way that this does.”

Are we going to see a #Joker sequel? @joshuahorowitz asked @jokermovie star Zazie Beetz on the #Oscars red carpet: “I don’t know if it needs one (…) I feel like Todd [Phillips] would be the person to be able to do that tastefully” pic.twitter.com/khF3lFtA2K

This Article is related to: Film and tagged Joaquin Phoenix, Joker, Zazie Beetz