Jessica Chastain as a homicidal nurse was the hot title, and it went to Netflix. For smaller films, buyers were much less interested. 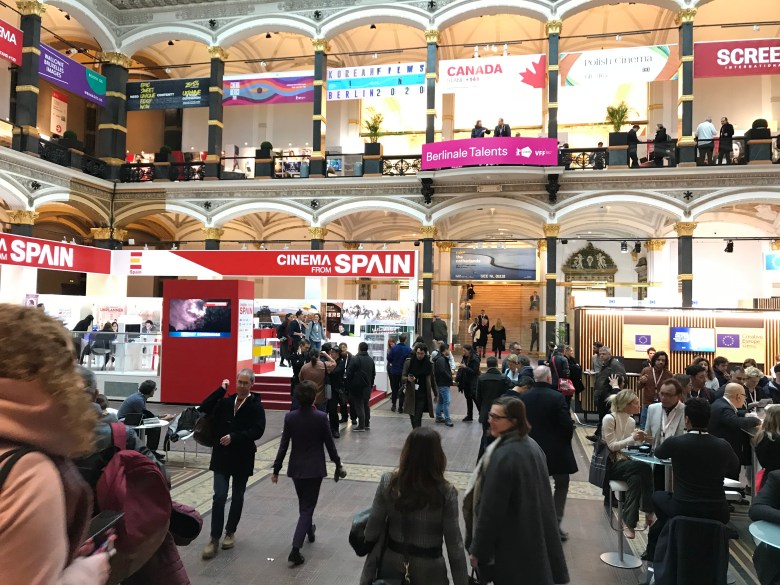 Just as local audiences flocked to this year’s Berlinale on its 70th anniversary, its European Film Market attracted more than 11,000 visitors, up 500 from last year — even after over 60 Chinese delegates withdrew. That said: Sales were down.

At perhaps the only Berlinale ever to take place after the Oscars, Bong Joon Ho’s Best Picture-winner and global blockbuster  “Parasite” was top of mind. However, buyers quickly decided that the accessible arthouse breakout will be hard to duplicate.

“‘Parasite’ was a good thing,” said EFM head Matthijs Wouter Knol. “People came to the market with high spirits about the chance for arthouse films to be discovered. Sadly, the arthouse film in reality these past days is struggling; it’s not the most easy part of cinema. That some people went home disappointed with their results doesn’t take away the fact that films like ‘Parasite’ do have a chance.”

Here are further gleanings from Berlin. 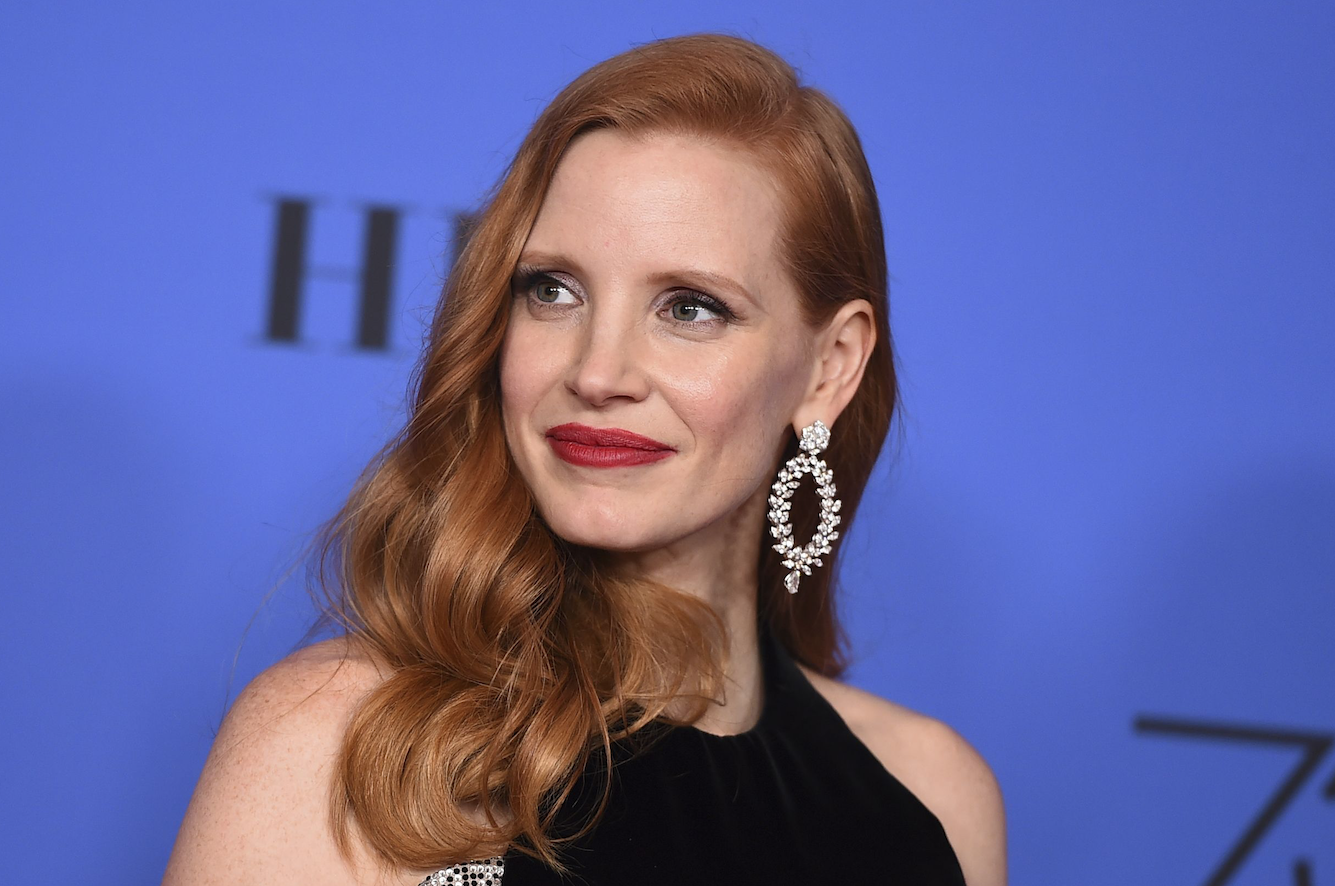 The middle ground is shrinking.

“Things change market to market,” said one UK seller. “Everyone says ‘the AFM is over,’ ‘Cannes is slow.’ It depends what packages are available. Every territory is saying the same thing: They want huge, commercial projects that compete with studios —action-genre stuff at the right price — but then they want cool, hooky arthouse stuff to buy cheap and break out that is not risky.”

Several big titles sold at the EFM, notably “The Good Nurse,” Danish filmmaker Tobias Lindholm’s English-language debut, adapted by Krysty Wilson-Cairn (“1917”) from Charles Graeber’s non-fiction book about a notorious nurse (Jessica Chastain) who killed 400 patients via air embolism. After FilmNation and Lionsgate discussed a possible North American deal to pay for the film and sell territories worldwide, Netflix plunked down a reported $25 million to back the package co-starring Eddie Redmayne.

Other hot sales titles were the Gerard Butler actioner “Remote Control,” Mike Mills’ untitled road movie starring Oscar-winner Joaquin Phoenix as an artist in charge of his brainy nephew, and the Robert Pattinson-Margaret Qualley romance “The Stars at Noon,” which presold to A24. Also for sale from Endeavor Content was Maggie Gyllenhaal’s directing debut “The Lost Daughter,” starring Olivia Colman, Jessie Buckley, and Dakota Johnson.

“The stuff in the middle, it’s such a risk for theatrical distributors,” continued the UK distributor. “Globally, people are not going to see that in cinemas. They wait to see that on streaming, on Netflix in a few months. Cinema is an event-based business. People have to be driven out of their home. Look at ‘Parasite,’ which is so unique and different. But it might never happen again.”

Myriad Pictures principal Kirk D’Amico agreed. “The middle is missing,” he said. “Fewer distributors like Wild Bunch are in the middle. It’s a tough place to be.”

“The feedback we got from buyers and sellers was that the kind of business done in Berlin was different than expected,” said Knol. “Even after the upheaval and enthusiasm for ‘Parasite,’ there was more success in the mainstream content market than the arthouse market.”

While some Sundance titles like Phyllida Lloyd’s “Herself” (Cornerstone Films) and Brandon Cronenberg’s horrific “Possessor” (Arclight) were selling, much of what was for sale in Berlin, nobody wanted.

“Sales agents were anxious,” said one arthouse buyer, who said he was pitched countless projects that were just too small, many of them co-productions financed with local subsidies. “Tons of little movies won’t play without name directors or cast. They’re either too arthouse, or too mainstream.”

“I haven’t seen those films I am waiting for,” said one European distributor over coffee at the Hyatt industry hub. “There’s a big gap between the top three titles and lots of arthouse films. It’s important to be very picky and choose the right ones that reach out to audiences.” 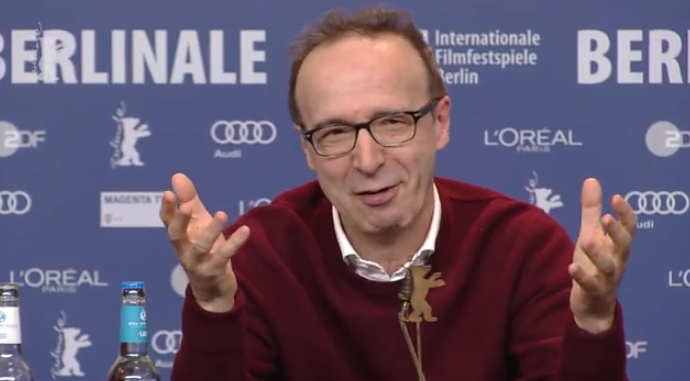 Distributors looking for foreign-language buys always track prizes and likely Oscar submissions. Italy is more likely to submit Nanni Moretti’s upcoming Cannes entry. And similarly, Philippe Garrel’s portrait of a womanizer, “The Salt of Tears,” is unlikely to be high on France’s Oscar list. Brazilian film “All the Dead Ones” is not seen as Brazil’s Oscar entry. And strong Argentinan hopeful “The Intruder” could have used a Berlinale prize. 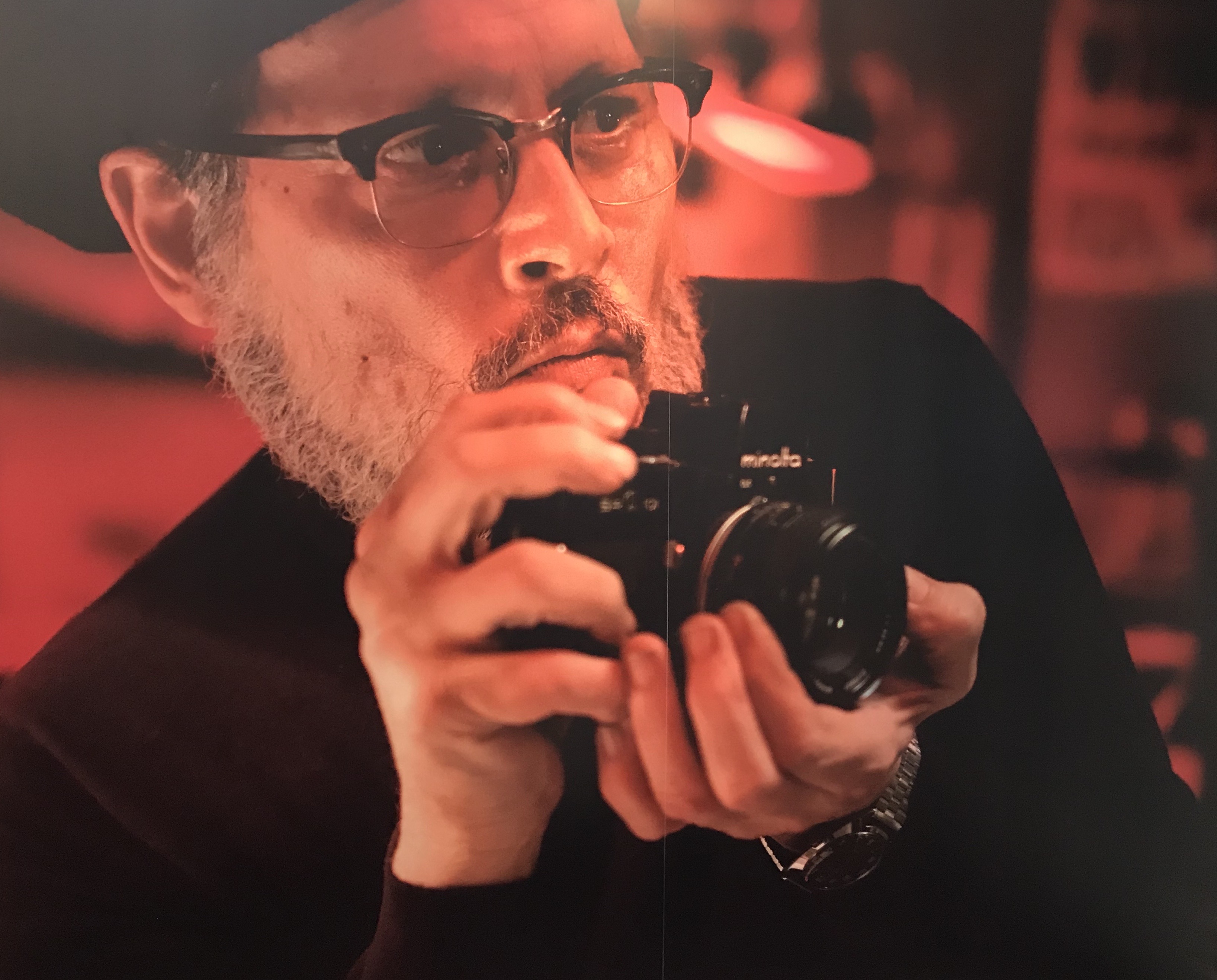 There’s a time-honored practice of presellIng foreign territories to finance a film, often by cutting footage into a two-to-three-minute sizzle reel. (Roadside Attractions pre-bought “Judy” off a promo at Cannes 2018 .) However, that strategy doesn’t work if everyone waits to screen the final product.

Said the UK seller, “People are buying less off script. In my last two markets, territories that would have been straight up prebuys and wouldn’t have hesitated are becoming more reticent to put down money early. If it has cast, it sells much easier.”

This is particularly true for North American sales. “North America ends up being the last thing sold,” said Jason Scoggins, president and COO of online financing market Slated. “Most finance plans put a zero in there, assuming they will have something at some time. If you’ve got good product, you will get interest from buyers and they desperately need the stuff. They don’t want to take risk on yet another programmatic action movie thriller. Familiarity is a problem. You need bold choices and recognizable names.”

On the other hand, who needs a theatrical North American deal when the streamers are willing to overpay? A domestic backstop deal used to be desirable; now sellers are eager to keep their options open, as P&A costs can risk as much as $20 million-$40 million. “There are other ways to get your money back,” said Scoggins. 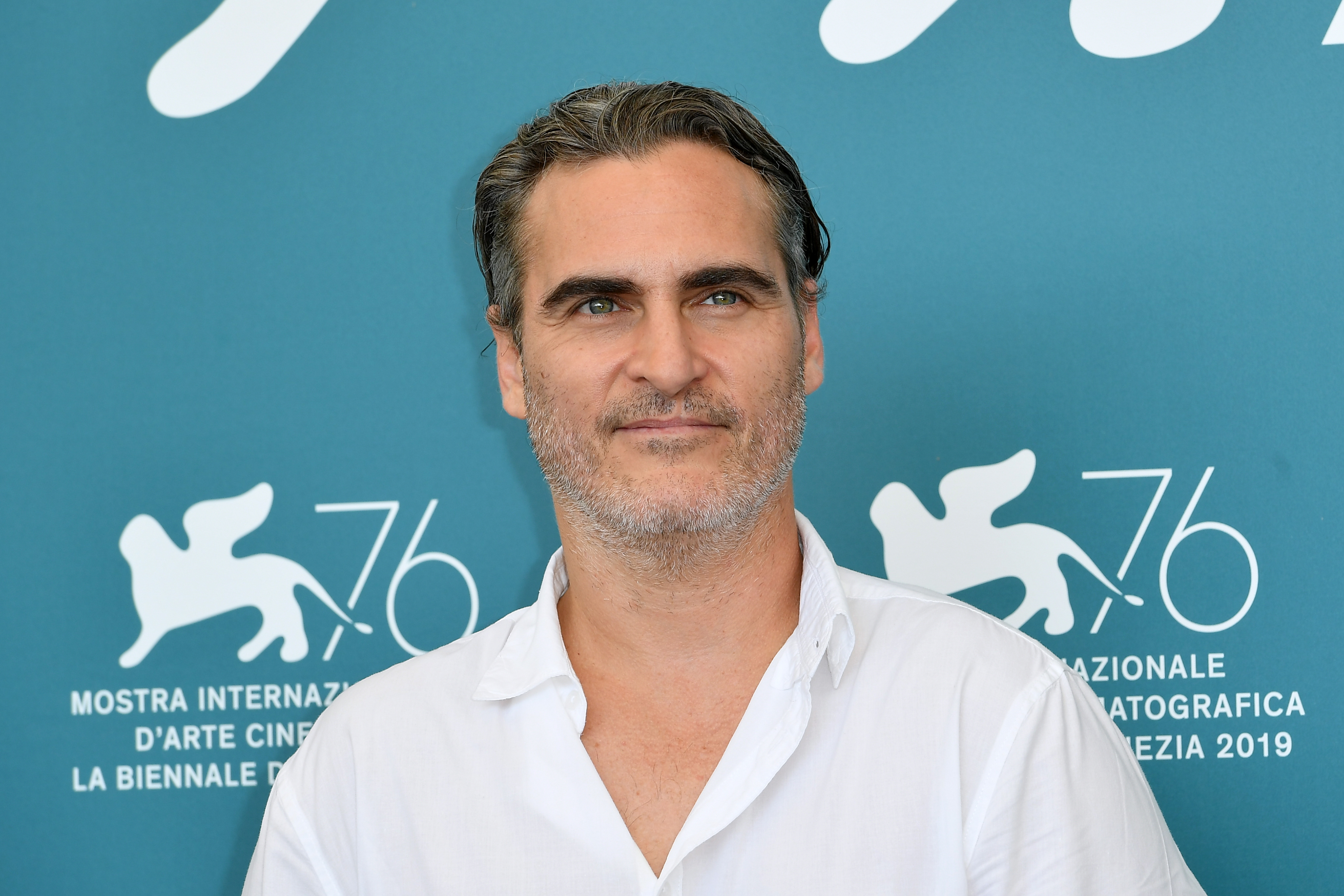 Deep-pocketed streamers like Netflix are luring the name draws beloved by foreign buyers. Producers make wish lists based on predetermined foreign-sales values, which are often out of date; this is why “Lord of the Rings” star Liv Tyler or “Harry Potter” stars Emma Watson and Daniel Radcliffe can get movies made, along with “Twilight” stars Kristen Stewart and Robert Pattinson and Daisy Ridley of “Star Wars” fame.

Who’s hot in the foreign sales world is determined by “a bunch of old white guys not changing with the times,” said one film packager. “They’ll start dying off, and the next generation will come in and there will be more change and flexibility.”

International stars are crucial to driving box office. But these days the stars aren’t available; even studios compete to get a slot on their busy schedules. “The streamers are making it hard to secure talent as well as stages like Babelsberg and Pinewood,” said Scoggins. “Netflix and Amazon have a huge amount of volume.”

Netflix is making inroads on local production. So will its six competitors: Amazon, Hulu, Apple, Disney+, Peacock, and HBO Max. “They have no choice but to go global,” said Scoggins.

Streamers use different metrics for what they spend. Their goal is to provide enough fresh, original content to lure more subscribers. The more subscribers they have, the more they can spend. This makes things tougher for the indies and studios that try to compete with them. “There’s a reduction of independent films getting made and bonded,” said D’Amico, “due to the economics of competing for cast and directors with streamers.”

While studios are forced to pay top dollar, smaller indies have an advantage in their inability to chase the most expensive talent: They can make do with less.

On the other hand, “Streamers don’t have a lot of appetite now that they are producing their own content,” said Memento International managing director Émilie Georges, who last year sold Kristen Stewart vehicle “Seberg” to Amazon. “As for the U.S., indie films were very active for a period and now are very occasionally interested in finished content.”

Knol said the highest delegations of EFM buyers came from Amazon and Netflix in 2019 and 2020. “Other platforms were present, but not so visible,” he added. “This year, people had meetings with Apple TV,  Disney+, HBO Max, and Peacock. They do affect the market in a big way and influence what other buyers can offer, what deals are made.”

According to Unifrance executives Serge Toubiana and Daniela Elstner, the French film industry is reconsidering its carefully constructed sharing of theater and television revenues with producers, in order to include Netflix.

“People in Europe start joining forces, finding ways to protect their local markets,which have carefully built up infrastructures to secure funding and co-production, which are directly affected by Netflix buyers,” Knol said. “Netflix and Amazon have started in Europe commissioning content with independent producers. Strong producer associations and European funding bodies got together, feeling the need to do something to protect the infrastructure we have, in an attempt to say, ‘If streaming platforms are commissioning content from indie producers, they should contribute.'” 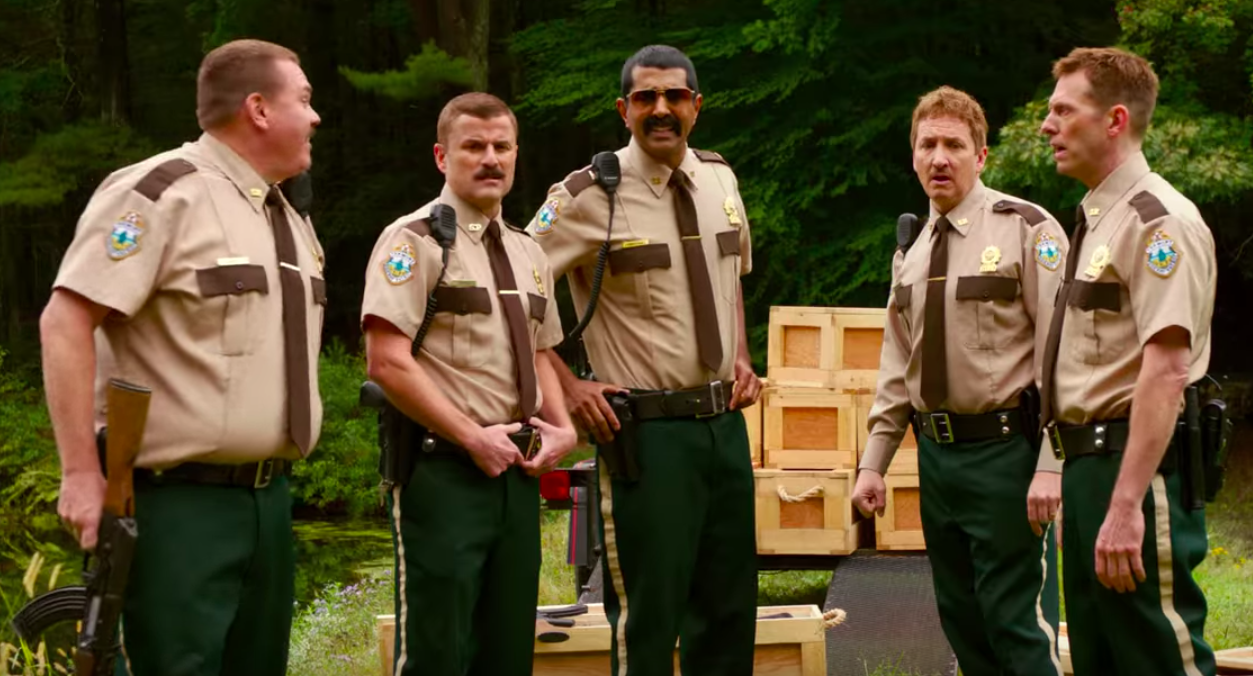 Networking and human connection are good.

Plenty of people use the EFM for face-to-face meetings; even Slated’s Scoggins returned to Berlin to set up more projects like its biggest hit to date, “Super Troopers 2.” Slated also attends markets in Sundance, Cannes, Toronto, and the AFM. In Berlin, Scoggins was ramping up production on “Shark Attack,” which came to Slated’s Advisor division via a debt financier he met in Berlin last year.

“Our main goal is to connect with people from Europe and other countries we don’t see at other markets, sales agents we know or don’t yet know, as well as sitting down with new and existing producers and connecting them with people we know,” he said. “Slated’s platform matches film financiers and projects with financing sales and distribution. We use the network and people and companies on the platform to surface projects that are the most likely to succeed commercially and artistically.”

This Article is related to: Film and tagged Berlin, EFM (European Film Market