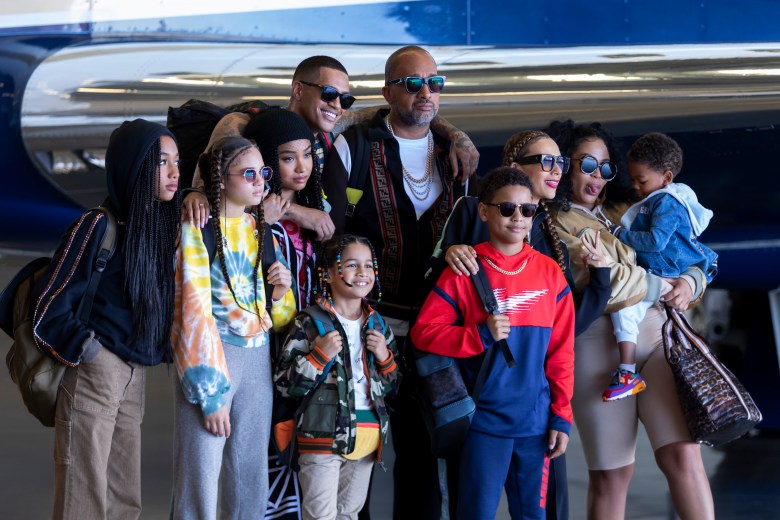 Kenya Barris’ comedy “Black AF” (stylized as “#blackAF”), will be the first series under the “Black-ish” creator’s overall deal with Netflix. Barris and Rashida Jones star in the show inspired by Barris’ real-life marriage and unorthodox approach to parenting, relationships, race, and culture. Originally titled “Black Excellence,” its official synopsis reads: “#blackAF flips the script on what we’ve come to expect a family comedy series to be. Pulling back the curtain, #blackAF uncovers the messy, unfiltered, and often hilarious world of what it means to be a ‘new money’ black family trying to get it right in a modern world where ‘right’ is no longer a fixed concept.”

The Netflix original series stars Barris as a fictionalized version of himself and Rashida Jones as his wife Joya. Kenya and Joya’s children are played by Genneya Walton, Iman Benson, Scarlet Spencer, Justin Claiborne, Ravi Cabot-Conyers, and Richard Gardenhire Jr.

Based on the trailer it looks like a rethinking of the family sitcom, shot ala “Modern Family”; more like a reality TV series, with behind-the-scenes, on-camera testimonies. Barris will make his acting debut on the series that’s likely more “Curb Your Enthusiasm” stylistically, but with an obviously different cultural edge than Barris’ Peabody-winning and Emmy-nominated ABC/ABC Studios comedy series “Black-ish,” which has spawned two spinoffs — Freeform’s “Grown-ish” and the newly ordered “Mixed-ish” at ABC.

In 2018, he signed a reported $100 million three-year overall deal with the streaming service that will see him produce series exclusively for Netflix. Barris had to contend with accusations of colorism when a photo of the “#blackAF” cast went viral in December, with many in the black community noticing a decidedly fairer skinned cast.

But he brushed off the criticism, responding with now-deleted tweets that he only writes what he knows. “I’m…not gonna make up a fake family that genetically makes no sense just for the sake of trying to fill quotas. I LOVE MY PEOPLE,” he wrote. “[And] everything I does [sic] reflects that love. But to cast people like some kinda skin color Allstar game would actually do more harm than good.”

Regarding the casting of his actors, he said “These kids look like my kids. My very Black REAL kids & they face discrimination every day from others outside our culture and I don’t want them to also see it from US.”

“#blackAF” premieres on April 17, check out a first look at the show’s newest trailer below.