The action star toplines a wacky actioner that feels — for better and for worse — like something Michael Bay would have made in the late '90s. 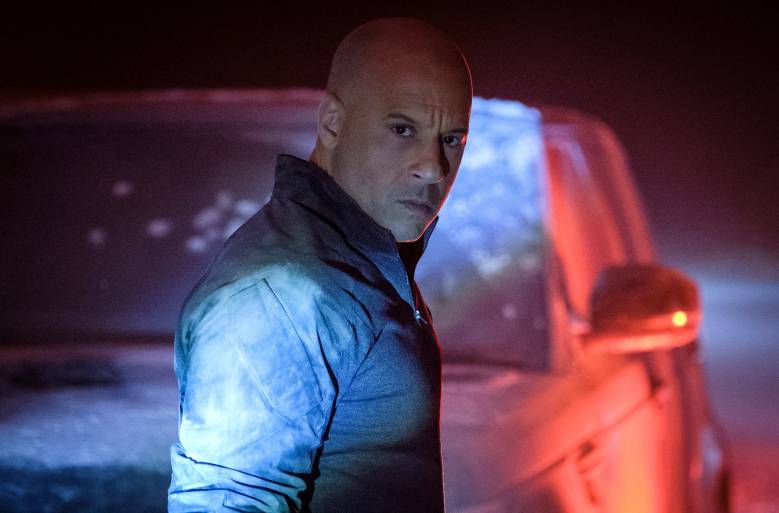 Built around a comic-book hero created in 1992, Dave Wilson’s Valiant Comics adaptation “Bloodshot” is a throwback actioner that likely would have killed in the late ’90s, but now feels every inch the product of that era’s humor and innovation. In a rapidly changing world, however, that might not be a bad thing.

Vin Diesel stars as the eponymous super-soldier in a film that was released in theaters in the midst of a global pandemic, and smartly made the pivot to VOD release mere days later. While never poised to be a box-office hit, there’s something to be said for piping the delightfully asinine and needlessly convoluted feature into people’s homes when entertainment is more essential than ever.

In that context, the whole thing kind of works. Bursting with both the lighting schemes and emotional depth of a Michael Bay film, “Bloodshot” is the kind of cinematic distraction that suddenly seems, if not necessary, wholly welcome. It’s the kind of a film where a bad guy goes “arrrggggh” after being shot repeatedly, as if grievous bodily harm was no worse than a mild case of food poisoning, the sort of film where a horny Vin Diesel rips off his shirt and declares that his hot wife is the reason why he fights for America, goddammit. It’s the kind of film where those things happen within the first five minutes, and it only gets sillier from there.

Even Bloodshot himself (he is never, ever referred to as Bloodshot) seems popped right out of an action-hero mold that was played out a decade ago: a kickass solider who knows how to throw a punch but who never quite learned how to take direction from his superiors. Fresh off another successful mission in Mombasa, Ray Garrison (Diesel) reunites with his beloved wife Gina (Talulah Riley) in Italy, intent on taking some time off and reminiscing about his repeated promise to always, always come home to her. The Garrisons’ bliss is short-lived, as both Ray and Gina are soon kidnapped and killed (this is, somehow, not a spoiler) by a nefarious bad guy who wants answers about that last mission and is willing to do anything to get them.

And then, after being no less than shot in the head, Ray wakes up in a ritzy medical facility led by the nearly giddy Dr. Emil Harting (Guy Pearce) and his frowning sidekick KT (Eiza González). Ray is indeed dead, or at least was dead, but is now part of a wild medical experiment that has filled his body with nanotech capable of every conceivable upgrade. The tech-y tune-ups impact every facet of his being: Ray’s brain is now essentially a supercomputer, and his body is so charged up that he starts boxing concrete columns for fun. (His baseline intelligence, however, still seems lacking; that’s a load-bearing column, not the kind of thing you want to destroy in your underground lair.)

But there’s a price: Ray can’t remember who he is, but he has enough street smarts to realize that someone must still be looking for him (no, Dr. Harting all but shrugs, they only get soldiers that no one else has claimed), an idea he clings to until his memory inevitably resurfaces. Diesel does not possess much in the way of dramatic chops — his mourning process is the emotional equivalent of all those baddies yelling “arrrggggh” after being shot — but Wilson’s film is more interested in rage as its defining feeling (also, “slow-motion punching”). And thus begins Ray’s quest to exact revenge.

It’s not that simple. For all its trite situations, “Bloodshot” has got some twists up its sleeves, from the obvious (much of what unfolds in even the film’s second act was clear from the film’s earliest trailers) to the ridiculous (a third act so stuffed with gamechangers that a scene that takes place in Diesel’s brain is the least noteworthy of them). Most of its action scenes that rely on more than Diesel punching people are inventive and entertaining, especially an early sequence that involves a truck filled with flour cutting off the bad guys in a city tunnel.

Jeff Wadlow and Eric Heisserer’s script, while still convoluted, does chop down some of the more bloated elements of the original comic-book storyline, pushing the action into early momentum that helps alleviate some of its later complications. (Bonus: Those changes also make Ray a more immediately likable character.)

The screenplay also collapses a few characters from its source material, unfortunately flattening many of them in the process. Pearce handles the ricocheting characteristics of Dr. Harting, chewing up entire scenes before jumping to the next with little connective tissue. González fares worse, stuck in a one-note role that only exists to give Ray yet another tool in his formidable arsenal. Sam Heughan appears as another one of Dr. Harting’s “wounded warriors,” a character that seems to exist just to deliver exposition-heavy speeches at optimal moments, while Lamorne Morris shows up halfway through the feature and proceeds to dominate it with outsized charisma.

Still, there’s an infectious glee to some of its weirder elements, including an earlier appearance by presumed bad guy Martin Axe (Toby Kebbell), who literally struts around a meat locker to Talking Heads’ “Psycho Killer” before demonstrating himself to be something of, well, a psycho killer. That such a bonkers scene would come back to haunt both Ray and Martin is a given — you don’t make someone with as much actorly gusto as Kebbell perform something so deliriously silly without referring to it as often as possible — but it does eventually take on a far more serious cast. It’s too bad that “Bloodshot” doesn’t seem up to the task of fully skewering its genre and finding something new in the process, instead relying on resurrecting the dead for another bout of briefly diverting entertainment.

“Bloodshot” is now available on VOD.