The annual film exhibitor confab, which sees many major studios trotting out first looks at their next big films, will no longer unspool in Las Vegas later this month. 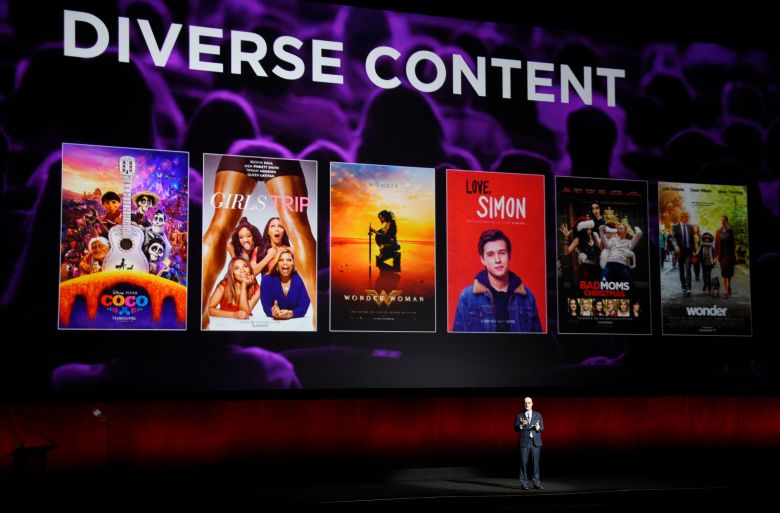 John Fithian, president and CEO of the National Association of Theatre Owners

As the global coronavirus outbreak continues to spread, a number of large-scale entertainment events around the globe have opted to cancel or delay their festivities. The newest: CinemaCon 2020, the latest edition of the largest gathering of theater owners from around the world, which takes place in Las Vegas every spring. The National Association of Theatre Owners, which organizes the conference, announced Wednesday evening that the annual event will no longer take place March 30 through April 2, as initially scheduled.

“It is with great regret we are announcing the cancellation of CinemaCon 2020,” read a statement from NATO’s John Fithian and Mitch Neuhauser. The rest of the statement reads:

“Each spring, motion picture exhibitors, distributors and industry partners from around the world meet in Las Vegas to share information and celebrate the moviegoing experience. This year, due to the travel ban from the European Union, the unique travel difficulties in many other areas of the world and other challenges presented by the Coronavirus pandemic, a significant portion of the worldwide motion picture community is not able to attend CinemaCon. While local outbreaks vary widely in severity, the global circumstances make it impossible for us to mount the show that our attendees have come to expect. After consultation with our attendees, trade show exhibitors, sponsors, and studio presenters, NATO has decided therefore to cancel CinemaCon 2020. We look forward to continuing the 10-year tradition of presenting the largest movie theater convention in the world and joining our attendees in future celebrations of the moviegoing experience.”

The announcement follows repeated commitments from the organizers to unspool the event as planned, with a recent memo outlining the steps the event and its planners were preparing to take to ensure that the event was a successful and healthy one. Studio partners, including Focus Features, Lionsgate, Neon, Paramount, Universal, Disney, and Warner Bros. will now need to find new outlets for their annual presentations, which highlight new offerings to both theater owners and assembled press alike.

While CinemaCon serves as a bridge between studios and exhibitors, the event also presents early looks at heavily anticipated features to members of the press, from first-look trailers and teasers to jocular Q&As with talent and even live performances to shore up interest in tentpole features (last year, “Cats” star Jennifer Hudson was on hand to sing “Memory” to a packed amphitheater at the Caesars Hotel and Casino, the home of the event).

Studios spend hundreds of thousands of dollars and sometimes more, to host events, rent planes, stage and shows. A series of awards are presented during the second half of the event: Michael B. Jordan was already announced as Male Star of the Year, while Antoine Fuqua was on deck to pick up Director of the Year, Carey Mulligan was to receive an award for Excellence in Acting, and “Top Gun: Maverick” costar Glen Powell was to be named Male Star of Tomorrow.

The annual film exhibitor confab is only the latest entertainment event to be called off amidst the rising coronavirus outbreak. In early March, SXSW was the first major American film event to be cancelled in the face of the outbreak. Other festivals, including Cannes, remain question marks on the annual calendar.

While most cases of the nearly 100,000 global cases of coronavirus so far have been in mainland China, numbers have increased in Europe and the U.S. in recent weeks. That led to a flurry of event cancellations in Europe, including France’s CanneSeries and the Thessaloniki Documentary Festival in Greece, along with major events in the U.S., including NAB’s own Las Vegas-based event, Coachella, and E3.

IndieWire continues to update coronavirus cancellations and delays across the industry, and full details can be found here.

Tom Brueggemann contributed to this report.

This Article is related to: Film and tagged CinemaCon, Coronavirus