After Season 9 earned mixed reviews, "Curb Your Enthusiasm" tore into fresh material and found its old groove during an ever-improving Season 10.

By Ben Travers and Kate Erbland 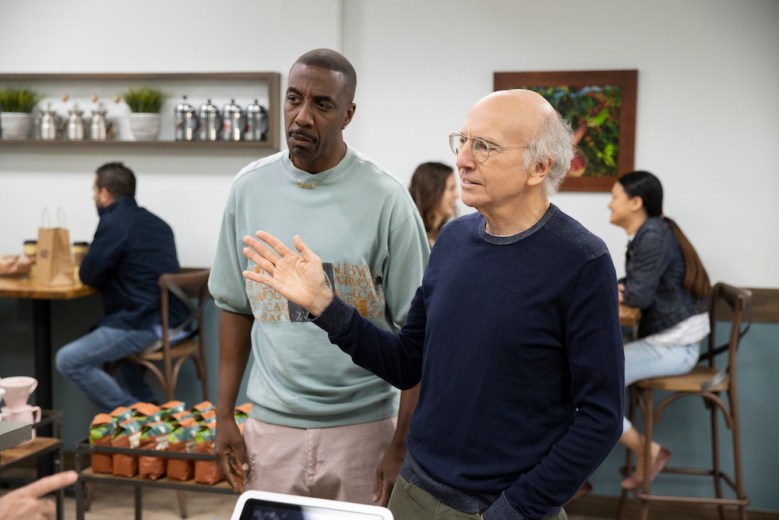 JB Smoove and Larry David in “Curb Your Enthusiasm”

[Editor’s Note: The following review contains spoilers for “Curb Your Enthusiasm” Season 10, including the finale, “The Spite Store.”]

Another season of “Curb Your Enthusiasm” is in the books, and Larry David’s tenth entry felt like a hot, refreshing cup of joe after two years of lukewarm slosh. OK, OK — there’s plenty of other great comedies out there, but HBO’s classic was packed to the gills with topical, insightful, and universal yucks in Season 10. From Larry’s yearlong quest to build a spite store to the magnificent one-and-done guest contributions (we’re looking right at you, Jon Hamm), the Season 10 finale doubled as an ideal 100th episode.

To break down the many hijinks of the season, IndieWire enlisted its two deputy editors — critics Ben Travers and Kate Erbland — to remember the highlights, debate the future, and examine exactly why a great cup of “Curb” is exactly what we needed right now.

Ben Travers, Deputy Editor, TV: “You know, I impregnated somebody once. We broke up in the abortion clinic.”

Casual fans would be forgiven for forgetting this startling quip was squeezed into the “Curb Your Enthusiasm” Season 10 finale, “The Spite Store,” which also marked the series’ 100th episode to date. Larry David’s throwaway line was quickly tossed aside by Jeff (Jeff Garlin), Susie (Susie Essman), and their guests Tara (Mary Holland) and Will (Sam Richardson). They had more important, aka more awkward, things to talk about, plus the group likely knew this personal divulgence couldn’t lead anywhere good.

And yet, the fill-every-second eagerness it represents is exactly why I ended up falling for Season 10. That such an insane, selfish, grind-the-conversation-to-a-halt act had no bearing on the season, the episode, or even the conversation goes to show that David put it all on the table this year. While never shy of confronting any topic, Season 10 started (started!) with Larry — a wealthy, old, and white Hollywood producer — caught in the midst of #MeToo allegations before segueing into his season-long masterpiece, Latte Larry’s, aka the spite store. Along the way, he and frequent director and co-writer Jeff Schaffer confronted everything from “yo-yo” dieting and sex dolls to Nazis and texting while driving — not to mention MAGA hats. And while there were a few episodes that fell apart under their typically hefty runtimes or haphazard confluence of events, for the most part, Season 10 felt like a welcome return to form — and that’s from someone who still enjoyed the much-maligned Season 9. Kate, what did you think of the new set?

Kate Erbland, Deputy Editor, Film: A few months ago, a friend in the know let on that one of the subplots of this season would involve Larry donning a MAGA hat in order to scare off any and all interlopers, chatty pals, and looky-loos hoping to grab a minute with the curmudgeonly super-producer. It seemed like a perfect fit for David’s alter-ego (emphasis on the ego), a successful Hollywood star whose greatest purpose in life is to cut the shit and keep interactions with most people to a minimum (oh that Season 11 is all about Larry having to self-quarantine), and yet it only hinted at the mile-a-minute madness to come in a stuffed Season 10.

Think of it this way: I nearly forgot about that #MeToo subplot until it came back around in “The Spite Store” — one gets the sense that’s perhaps why it was brought back up again, where it was ultimately married to another long-running gag — and in the first few episodes, that storyline seemed like it would be the storyline. Instead, the show’s tenth season leisurely found its footing in familiar concerns that have long driven both Larry and “Curb.” Mostly, it was about spite — the kind that gets a literal manifestation in the form of, let’s be honest, a bizarrely but pleasingly put together coffee shop — all the better to remind audiences why the show is such a deranged miracle no matter the season.

David and his team have never been interested in feel-good entertainment, but even in its wildest moments — this is, after all, a show that introduces a subplot about a friend having a surgically enhanced member in its final episode and then spins it off into a crucial part of wrapping up the entire season — “Curb Your Enthusiasm” is feel-honest entertainment. No, we might not all be as willfully, happily objectionable as Larry, but for a few minutes each week, it’s still fun to pretend we can be. 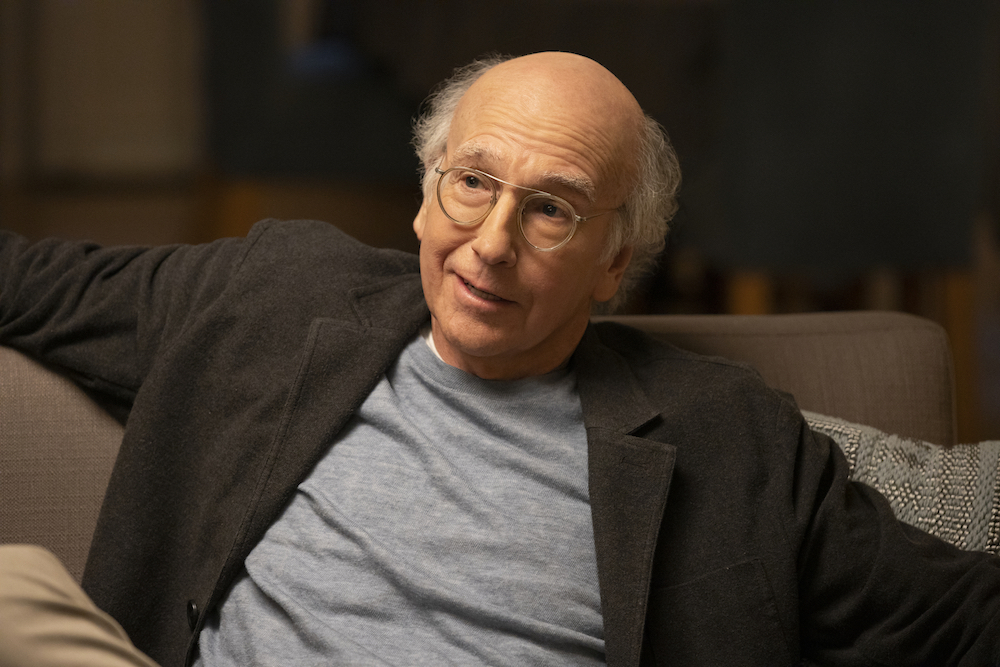 Larry David in “Curb Your Enthusiasm”

Ben: I think you tuned into one rewarding aspect of “Curb” that’s harder and harder to find on TV: appointment viewing. It’s not that you have to worry about people spoiling new episodes (Monday’s internet scene is not exactly boiling over with hot takes on Sean’s Exotic Birds), or that it’s such a water cooler show that viewers have to keep up just so they can stay in the conversation. (Sorry, I’m not about to argue that “Curb” is the next “Game of Thrones.”) But watching Larry being Larry for say, four or five hours straight, is just too much. Each installment runs 35-40 minutes, which gives them enough heft to stand on their own, and the episodic arcs are so well-defined that you’re not worried about what’s going to happen next — you could even argue veteran viewers are encouraged to forget about Alice (Megan Ferguson) because there’s no telling if “Curb’s” looping storyline will bother getting back to her. Personally, I really need the time to sit with every ending, in order to appreciate each comeuppance or conquest, and that only increases “Curb’s” value to TV: As we’re all flooded with suggestions for how to fill up our hours at home, and subsequently lose track of time until it’s one continuous blur, having a set treat to look forward to every Sunday night was as refreshing as it was grounding.

Now that Season 10 is over, and I start trying to reverse engineer its weekly dose of rejuvenating hysterics, I’m curious about your favorites from this year. Off the top of my head, I’m already looking forward to revisiting Episode 8, “Elizabeth, Margaret and Larry,” in order to better appreciate Jon Hamm’s dialed-in transformation into Larry David. I keep discovering more and more detailed references just from the gifs, so I can only imagine how many are waiting in the episode.

Kate: Can you even imagine a “Curb” movie? A feature-length descent into madness and misanthropy the likes of which we’ve never seen! (Would I watch? Yes. Would I feel bad afterwards? Probably.)

Two standouts for me encapsulate the best of what “Curb” — and this particular season — have to offer: Episode 9, “Beep Panic,” which included a wrap-around storyline about awards season screeners that made me howl with both recognition and terror and Episode 7, “The Ugly Section,” which allowed Larry to enjoy the rare pleasure of actually being right about something, even if it’s a horrible something to be right about. That doesn’t mean that the first half of the season didn’t include some profound pleasures, though it’s telling that you and I both vibed so much to its back half.

Earlier episodes that will stick with me surely include Episode 2, “Side Sitting,” which did one of my favorite “Curb” things, which is to introduce a real Larry-ism that half the world doesn’t understand and the other half fully treat as if it’s the most obvious thing in the world, the most natural occurrence there could be. Plus, of course, the gang’s ill-fated trip to Mexico in Episode 4, “You’re Not Going to Get Me to Say Anything Bad About Mickey,” which similarly tapped into Larry’s uncanny ability to be proven out, even in insane circumstances. 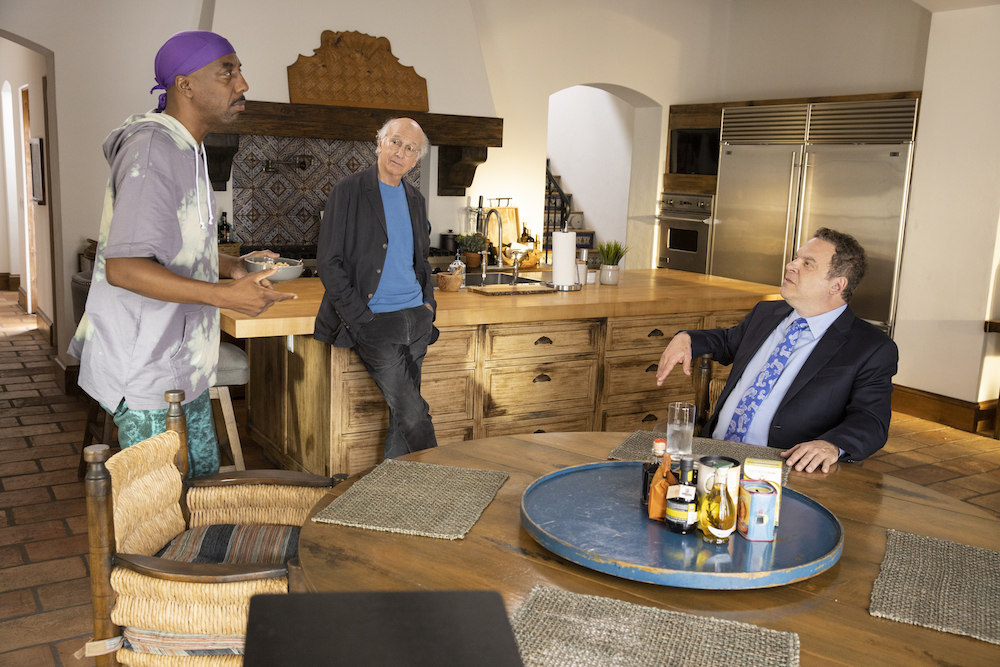 Ben: As always, when Larry and Leon (J.B. Smoove) team up, everything is right in the world, and seeing them smuggle those beans out of the hotel in Mexico was when Season 10 really started to click for me. How strong the back-half of the season proved to be, as well as the series hitting its 100th episode overall, invites the inevitable question: When will we see “Curb Your Enthusiasm” again? Another quick turnaround seems unlikely (less than 14 months between episodes is pretty, pretty fast for “Curb”), but clearly David has a lot left to say. Seeing how Larry copes with self-quarantine would certainly be a unique vision into our universal isolation, especially if he’s staying at home with a small crew. (AKA Leon, and maybe just Leon — Smoove was owed a better finale moment, so fuck it, give him a whole season as the sole co-star.) Though considering both David’s relaxed approach to production and the industry-wide shut down in place, a quarantine season may arrive too late to be relevant (and I don’t want to give the Season 9 naysayers an easy shot). What say you, Kate? When and how do you hope to see more from Larry?

Kate: The truth is, we already know what Larry (and Leon) would look like in quarantine and it ain’t exactly pretty — and as well as they might fare just the two of them, the real joy and pain of “Curb” is watching them forced to interact with others. David and his team should wait for this all to pass before reintroducing Larry to what will likely be a very different world, one he may even attempt to like and engage with before giving himself over to his usual tendencies. What could possibly be more comforting than that?

Ben: The only thing that comes to mind is this season, which for the past two weeks, has been an especially welcome reprieve from the world. And unlike Larry’s spite store, I’ll be able to savor it for years to come.

“Curb Your Enthusiasm” is available to watch via HBO and HBO Now.

This Article is related to: Television and tagged Curb Your Enthusiasm, HBO, Larry David, TV Reviews