"Devs" is the first original series that will exclusively stream on Hulu as part of Disney's FX on Hulu initiative. 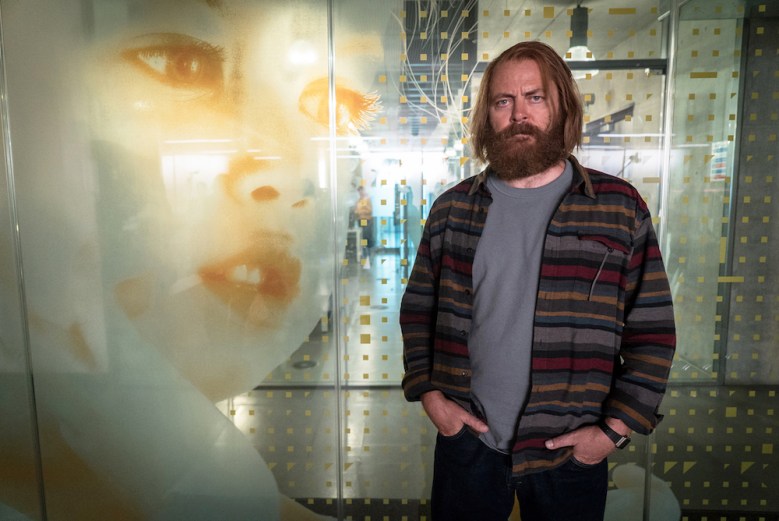 There’s FX, there is Hulu, and now, thanks to Disney’s ongoing absorption of almost every corner of the entertainment industry, there is FX on Hulu. Alongside the debut of Alex Garland’s acclaimed “Devs” on March 5, consumers can experience the premiere of the new initiative, which is only available to Hulu subscribers.

That’s right — despite the FX name behind it, “Devs” doesn’t air on linear TV. You can’t flip to FX the network and watch it. You can only see it if you subscribe to Disney-owned Hulu, where Disney-owned FX will now become one of its hallmark brands for adult programming.

The initiative, which Disney announced last November, brings most legacy FX programming to Hulu, and shifts several of FX’s upcoming series exclusively to the streaming service. Hulu features a dedicated hub for FX on Hulu programming and new episodes of FX shows from linear TV will hit Hulu the day after their initial broadcast.

Aside from the legacy content and linear extensions, “Devs” is the only FX on Hulu original that was available when the initiative launched. Garland’s (“Ex Machina,” “Annihiliation”) upcoming series centers on a young software engineer whose boyfriend mysteriously disappears, possibly due to going-ons at her company’s secretive development division. That’s the gist of things, but if the towering five-story doll in the series’ trailer wasn’t hint enough — never mind Garland’s penchant for esoteric storytelling — “Devs” is a surreal experience that is far unlike the typical conspiracy/mystery series.

“Devs” is also thoroughly brilliant, according to IndieWire’s Ben Travers. Travers lauded the series’ cast and nuanced writing in his A- review.

“If any of that makes “Devs” sound like a lot, well, it is — a lot of theorizing, a lot of abstract conversations, a lot of time-shifting — but it’s also one of Garland’s more emotionally vulnerable and accessible parables,” Travers wrote in his review. “Yes, the hourlong episodes could be described using every critic’s favorite code word for “tedious” (“It’s a slow burn!”), but lulling viewers into submission is just one part of Garland’s plan. Jarring twists and turns break up and enhance the eerie tone, as the conspiracy-thriller deftly incorporates chase scenes, murder investigations, and love stories to its tech-heavy story. Garland uses his time wisely, and his beautiful vision of a ghastly future is undeniably insightful. Some of its ideas may not be welcome — they sure as shit aren’t comforting — but “Devs” sticks with you, whether you want it to or not.

The sci-fi series will be followed by the Cate Blanchett-led “Mrs. America,” which centers on the movement to ratify the Equal Rights Amendment (and conservatives’ ongoing resistance) and premieres April 15.

Other FX on Hulu shows that will launch later in the year include “The Old Man,” a thriller about an intelligence officer (Jeff Bridges) who becomes a target for assassination, and “A Teacher,” which will center on a female high school teacher (Kate Mara) who has an affair with a male student (Nick Robinson). 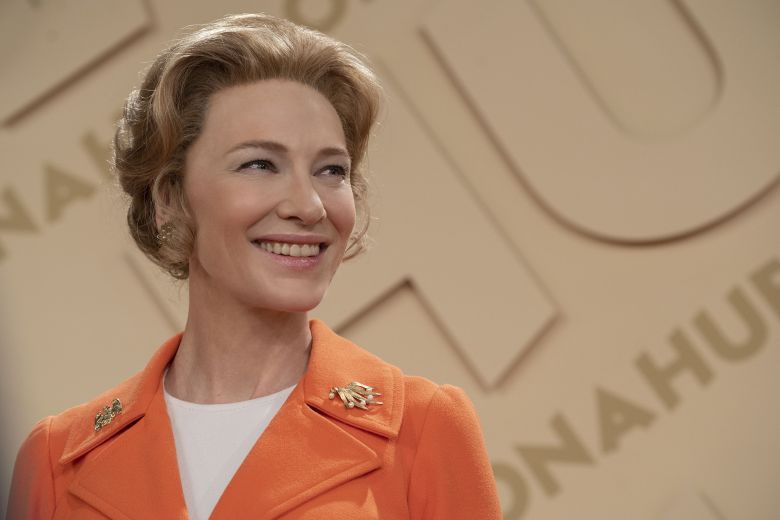 The current and legacy FX shows that will appear on the streaming service includes “American Horror Story,” “Fargo,” “It’s Always Sunny in Philadelphia,” “Mayans,” “Fosse/Verdon,” and “Sons of Anarchy,” among several others.

The FX on Hulu initiative is part of Disney’s ongoing goal to refocus its various television properties. Disney owns ABC and FX, purchased Hulu last year, and also debuted its own streaming service,  Disney+, several months ago. Disney+ has been an especially successful venture for the company; the service has gained over 28 million paying subscribers since its November launch, but its early success raised questions about the aging Hulu platform and where it fit into overall corporate strategy. Prior Hulu statements suggested that moving FX projects to Hulu would help them find a wider audience and help bolster both the streaming service and network.

At the Winter TCA Press Tour, FX Networks and FX Productions Chairman John Landgraf said that from his perspective, FX on Hulu could dramatically expand the audience for the network’s productions, saying they had hit a ceiling on their reach on basic cable. “We see this as a transformative opportunity for the FX brand,” he said.

This Article is related to: Television and tagged Devs, FX on Hulu, TV Business