32 regional festivals have signed a new pledge that will make it possible for their programs to screen online without creating industry complications. 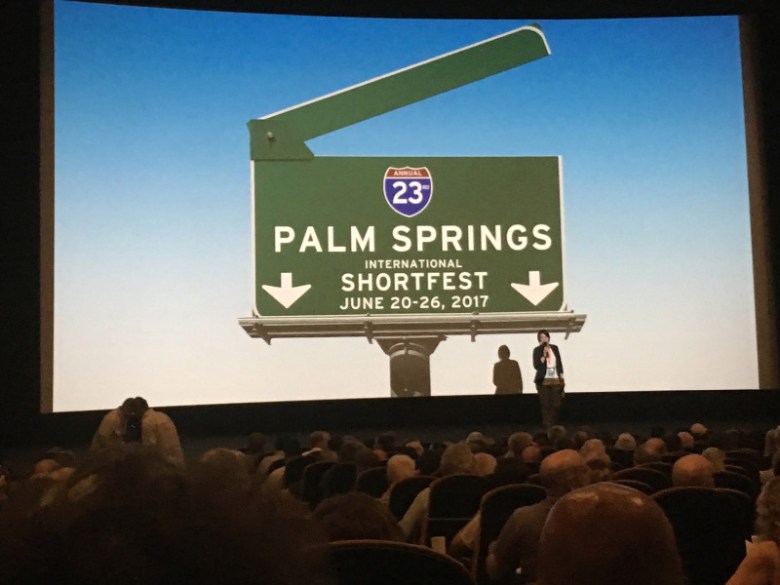 Palm Springs International Shortsfest is one of the festivals that has signed the new pledge.

After scores of festivals big and small have been canceled or postponed, some have moved their programming online. But there are barriers in the form of longstanding industry policies that prohibit widespread adoption of a virtual festival experience. Now, 32 festivals and distributors and counting have signed on to a multi-pronged Film Festival Survival Pledge that aims to change that — providing festivals with much-needed revenue in the form of ticket and pass sales for online screenings as self-quarantine and social distancing have become the norm.

The effort is being spearheaded by crowdfunding and SVOD platform Seed&Spark. “It’s for festivals and distributors to pledge to support one another,” CEO Emily Best said. “That, in turn, protects the filmmakers.”

Best added that the initiative was designed to build a groundswell of commitment from industry leaders to temporarily waive policies that are hurting the independent film ecosystem. Local and regional festivals are among the most vulnerable to the financial havoc wreaked by a canceled event. By forging an environment that makes online screenings more acceptable, it will give those festivals a chance to cover their costs and continue their work, she said.

The barriers can be complicated to unravel. Seed&Spark acquisitions and programming head Clay Pruitt explored 15 festival policies from festivals of different sizes, highlighted language that might create issues for online screenings, and developed the pledge out of that. “Every festival’s language is a bit different,” he said.

In signing the pledge, festivals agree to adhere to six specific rule tweaks for 2020, with one policy specifically for distributors. The pledge guidelines are as follows:

Online eligibility: Revise policies prohibiting programming films that were once available online. Now, any films that screen at online festivals in a ticketed capacity can be eligible for competition at other festivals.

Premiere status: If a festival moves online, the festival will uphold films’ status as having premiered at that festival. Other festivals that have signed the pledge will also recognize such status.

Geoblocking waiver: Geoblocking technology allows Netflix to offer different content in different countries. But applying that to festivals can be complicated, where a city-specific premiere can important.

When geoblocking is unavailable, festivals will temporarily waive policies requiring geographically based premieres for films that screen online in a proceeding, non-geographically competing festival. This means festivals who have signed on agree that it’s OK if, for example, someone in Los Angeles is technically able to watch a film online from a New York-based festival, when geoblocking in unavailable.

Production timeline: For the 2020-21 cycle, festivals agree to temporarily waive policies that would normally prohibit screening and competition eligibility for films eligible in the current cycle. That means filmmakers who submit to a festival this year that is ultimately canceled can submit their work to next year’s festivals.

Commitment timeline: Festivals agree to uphold the above commitments for the duration of 2020. For next year’s festivals, the production timeline clause still stands up to the date of the festival.

Distributor clause: Distributors often are uninterested in acquiring movies that have previously been available on VOD, in order to protect that as a future revenue stream. Here, they agree that an online, ticketed festival screening is not the same as VOD, and will therefore consider films that screened at virtual festivals.

Here’s a list of everyone who has signed on to the pledge so far:

Seed&Spark creative action board member Janina Gavankar, who stars in the recently released “The Way Back” and whose directorial debut “Stucco” was set to premiere at South by Southwest, expressed hope in the midst of tough news around those two projects.

“My first short was part of the SXSW Midnight Shorts bloc, and I’m still pretty devastated. But this is heartening news,” she said. “Having so many festivals sign on so quickly shows you just how seriously festivals take their role in being the lifeblood of indie filmmakers.“

Before the pledge was announced Friday, festivals took various routes for their online programming.

This year’s South by Southwest, which organizers say will not be realistically rescheduled, offered a tiny fraction of its 145-film slate on a press and industry screening site. It will still hand out film awards.

The Garden State Film Festival plans to stream its 240 selections over four days to ticket and pass holders beginning next week.

The Miami Film Festival, which ended four days earlier earlier this month, made available the remainder of its slate online, but only to juries.

Additionally, Seed&Spark is working on building infrastructure that would allow festivals to host their online programs with Seed&Spark. On the crowdfunding side, it’s working with Arthouse Convergence to let theaters launch campaigns to cover staff wages, taxes, and overhead during a time where the overwhelming majority of cinemas have closed their doors, Pruitt said.

To read the pledge — or, if you represent a festival that might be interested in signing on, head to the Seed&Spark site.

This Article is related to: Film and tagged Festivals, Seed and Spark