Now more than ever: These SXSW highlights still need homes. Somebody do something! 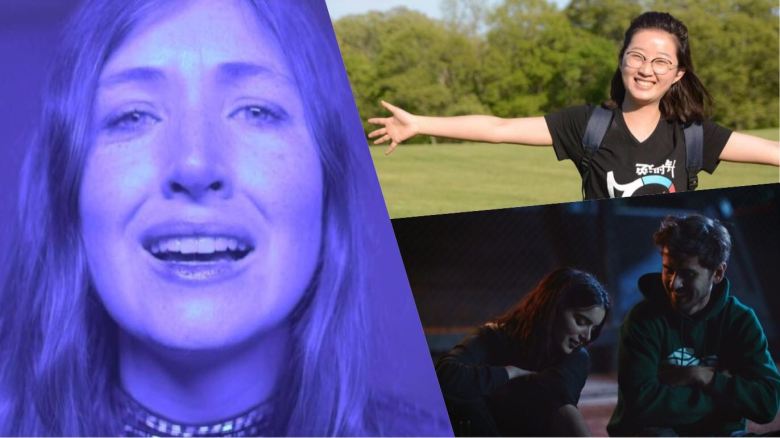 The world has changed a lot since the SXSW Film Festival was canceled as the coronavirus pandemic spread, but that tragic outcome didn’t stop us from exploring the program. Despite all the disruptions of the past week and change, IndieWire has been spending some of that time proceeding as usual by covering highlights from the SXSW lineup.

While the handful of anticipated studio movies were not made available for review, many of the smaller films looking for distribution were left in an unusual position, seeking attention as they sought to find support from the media and buyers alike.

As it turns out, many of these films are worthwhile — and as distributors sort out their strategies, some have considered fast-tracking digital releases. Many of these SXSW films could benefit from that approach, while others could help ensure distributors have some promising movies on their slates whenever we get to the other side of this situation and going to movies seems feasible again. Until then, here are the available titles that could use a home. For more, check out the available pilots from the episodics lineup.

Leaving China for the first time in her short life, 26-year-old Zhang Yingying arrived at the University of Illinois at Urbana-Champaign in April 2017; she was there to conduct research on photosynthesis and crop productivity, and perhaps later enroll in the doctoral program before returning home to marry her lovely boyfriend Hou Xiaolin and run her own ecology team. “Life is too short to be ordinary,” she wrote in her diary, which was filled with self-affirmation but punctuated with stabs of homesickness and culture shock. Shortly after Yingying disappeared on June 9 of that same year, Jiayan “Jenny” Shi — a former classmate of Yingying’s in Nanping — began making a documentary about the Zhang family’s search for their missing daughter, which continued long after it was safe to assume the girl was dead. In some respects, it still hasn’t stopped.

In that light, the title of Shi’s handcrafted and haunting “Finding Yingying” only grows more beguiling as the film goes on — what is the documentary actually looking for? The most obvious answer would seem to be a body, but every horrifying detail we learn about her murder leaves us less convinced that Yingying’s corpse would bring about the closure that her family needs.

Is it justice? Maybe: The killer is identified and made to stand trial, but the American legal system is painful and alien to the victim’s family, and the verdict doesn’t square with their own sense of crime and punishment. Some filmmakers might fall into the true crime trap of trying to solve the “mystery” of who Yingying was at heart, but Shi leverages the difficult task of finding Yingying into a powerful exploration of the singularly modern spaces exposed by her loss. If the movie feels a bit too intimate for a traditional release in the current market, its personal touch and true crime veneer could make it an instant hit on a streamer like Netflix. —DE 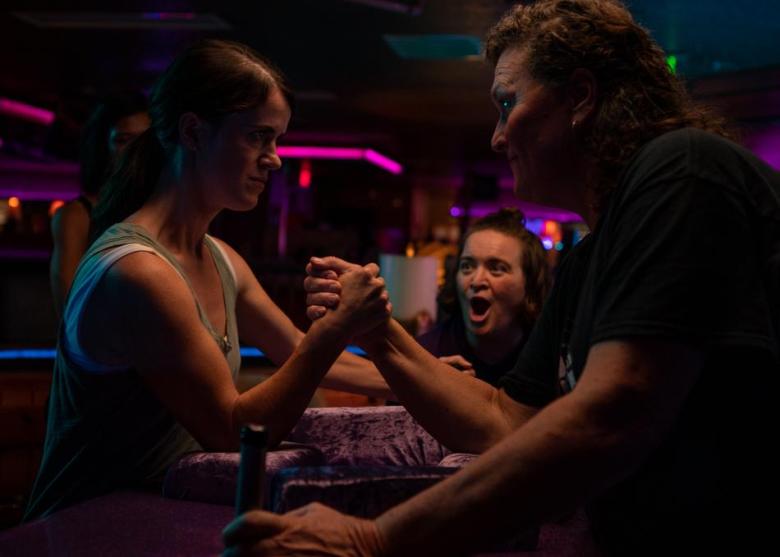 Yes, underground arm wrestling has already received the cinematic treatment before, thanks to the wonderful and silly Sylvester Stallone vehicle “Over the Top,” but Maureen Bharoocha’s “Golden Arm” reimagines the concept in a funny, fresh, and decidedly feminist space. Lead by star-in-the-making Mary Holland (eagle-eyed “Curb Your Enthusiasm” fans might have already spotted her in the show’s most recent season), the comedy follows a pair of down-and-out BFFs as they tackle the nutty world of lady arm wrestling competitions for fame, glory, and quick cash. A nifty spin on the sports drama formula, the film is a breezy watch, but it also establishes Bharoocha, best known for her TV work, as a skilled filmmaker and Holland as a major comedy star to watch. —KE

“In and Of Itself”

A lot of magic shows aim for immediate shock and awe, stunning audiences with sleight of hand so seamless, it’s practically a rollercoaster for the eyeballs: The gimmick is a means to the end, rabbit comes out of the hat, everybody goes home happy. Self-described “storyteller and conceptual magician” Derek DelGaudio’s beguiling show “In & Of Itself,” now preserved in a mystical and poignant feature directed by Frank Oz, rejects such dime store wizardry in favor of a soulful approach that redefines the form from the inside out. 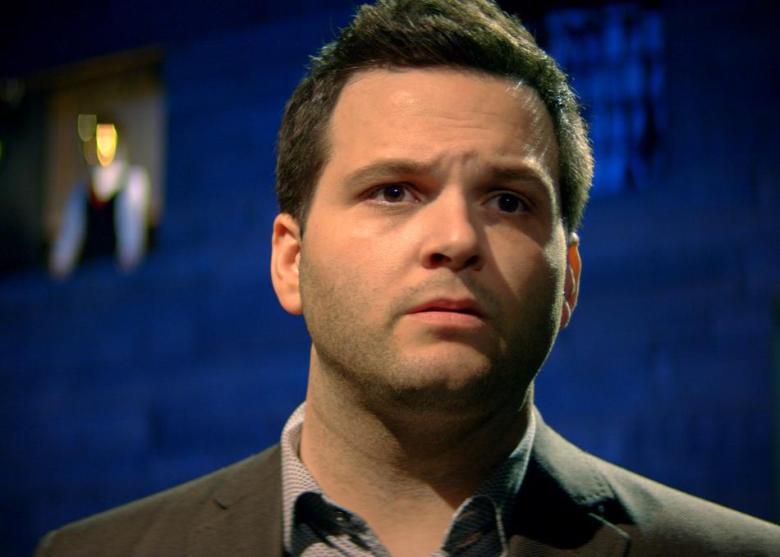 Make no mistake: DelGaudio’s remarkable one-man show, which enjoyed a lengthy Off-Broadway run between 2017 and 2018, has ample card tricks, optical illusions, and even one extraordinary teleportation bit. All along, however, DelGaudio transforms the usual shock-and-awe routine into a powerful meditation on existential yearning and his own bumpy quest for meaning in life. It’s exactly the sort of uplift people need right now, and would find many welcoming audiences on a streaming platform ASAP. —EK

Kris Rey’s fourth feature — and her best one yet — was inspired by the “Unexpected” filmmaker’s own strange journey through the wilds of indie creatorship, and thus sings with both hard-won honesty and plenty of humor. Starring Gillian Jacobs as a something of a Rey stand-in, the actress plays a writer asked back to her alma mater for a talk during a fraught time in her life (her book is tanking, her fiance has left her, her friends are all busy doing actual adult things), where she unexpectedly slips back into the lifestyle that made her so happy when she was still a coed. 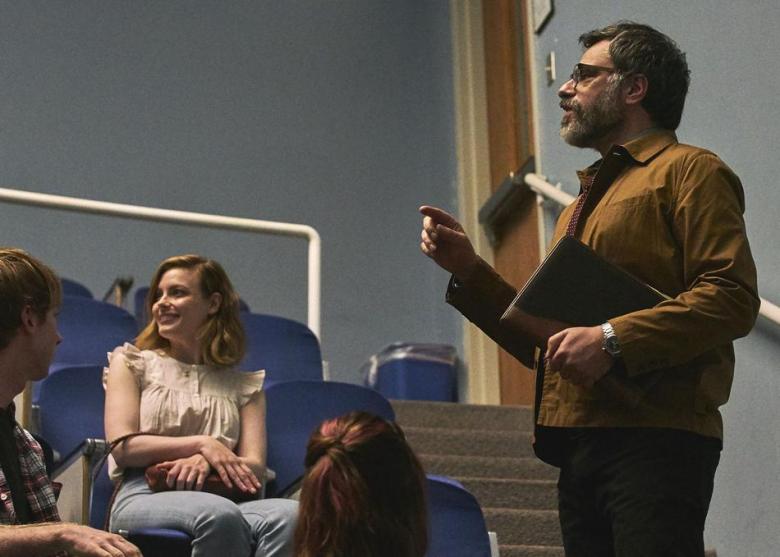 College life might seem like all coffee shops and loud keggers, but as Kate (Jacobs) becomes increasingly intertwined with a pack of creative undergraduates who live at her old college house, she’s forced to reckon with the reality of the world, no matter her age. That “I Used to Go Here” remains funny and fresh throughout its exploration of deeper questions — from the value of creativity to a timely #MeToo subplot — is a testament to the craftsmanship and care that Rey has built it on. It’s a major step forward for the long-time filmmaker, and one that signals that her ability to weave together artful storytelling and big laughs is only growing with every feature. —KE

Noah Hutton’s feature debut takes place in a “parallel present,” but nothing about clever sci-fi dramedy “Lapsis” feels that removed from the contemporary world. Smartly weaving together questions of corporate greed, a cheeky bitcoin stand-in, and social justice issues that don’t feel shunted in just to be “timely,” “Lapsis” is as much about the tightly constructed world Hutton has created as the one his audience lives within. Hutton, who has previously directed a series of shorts and documentaries, displays a real knack for world-building in the film, which follows a relatable lead (Dean Imperial) as he starts working for a (probably) nefarious technology company that has upended the financial sector.

Over the past decade, plenty of filmmakers have made the jump from well-received festival offering to major blockbuster gig, but Hutton seems like the rare bird whose work speaks for itself and sets a course for much bigger work. Kitted out with clever practical props, an eye for narrative design, and a real knack for casting compelling stars, Hutton clearly has a bright future ahead of him. “Lapsis” taps into modern-day technological anxiety and with its sci-fi hook, could have a real audience.  —KE

Amy Seimetz has directed two movies over the past decade (as well as “The Girlfriend Experience” for Starz), but few recent American directors have demonstrated a greater singularity of vision. With her 2011 debut “Sun Don’t Shine,” Seimetz hovered in the confines of lovers on the lam with the world collapsing around them, watching as they wrestled with the queasy uncertainty of accepting that inevitability and running from it at the same time. “She Dies Tomorrow” expands that notion into a gripping seriocomic apocalyptic thriller that combines classic David Cronenberg body horror and with the scathing surrealism of Luis Buñuel. Envisioning a disease where the afflicted believe they’ll die by morning, the movie taps into a timeless anxiety with hilarious and disquieting results, often delivered in the same dose. 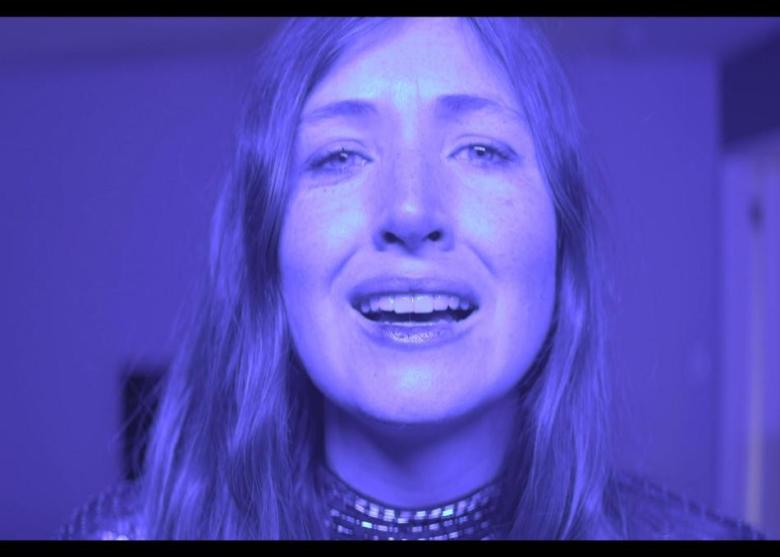 Its centerpiece — a character whose name suggests the filmmaker has personal investment in the stakes at hand — wanders through the movie like a ghost: Amy (“Sun Don’t Shine” star Kate Lynn Sheil) is a broken shell of a woman from the start. Reeling from various breakups and relapsing into her alcoholism as she roams an empty Los Angeles home, she’s a haunted figure disconnected from the world around her. Seimetz lingers in Amy’s confused state for minutes on end, as her behavior goes from quasi-suicidal to erratic and eerie. Seimetz has conjured a beguiling narrative so tapped into the current worldwide panic that it might have been made in its aftermath, and a hip distributor would find a way to get it out to audiences looking to make sense of all the chaos. —EK

It’s a shame that Cooper Raiff’s “Shithouse” didn’t get a chance to screen at this year’s SXSW, because this knowing and funny nano-budget debut is exactly the kind of film the Austin festival exists to showcase. Written, directed, and co-edited by its reluctant 22-year-old star with some help from his friends, Raiff’s vulnerable DIY gem tells a coming-of-age story about a mopey college freshman who’s struggling with the whiplash of leaving home. He meets a girl, they spend a magical night together, things get awkward in the morning but maybe they’ll still be able to help each other figure shit out… you know how it goes. It’s basically the Platonic ideal of the movie you’d expect from a suburban white American softboy who’s been raised on Richard Linklater and “Sex Education.” 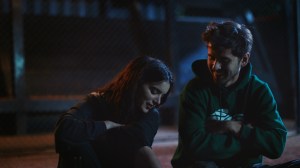 But here’s the catch: It’s good. Like, really good. And more than that, it somehow feels completely singular despite its lo-fi approach and even lower-concept premise. That starts with Raiff’s palpable disinterest in seeming cool. Don’t be fooled by (what could be misconstrued as) the look-at-me edginess of its title — “Shithouse” is guileless and sincere in a way that would get it bullied at school. Shot at a static remove that reflects the indifference of the outside world, but still beating with the open-heartedness of a video diary, Raiff’s debut pushes back against the general patois of zoomer disaffection to endearing effect, in order to reckon with the idea that growing up into the people they’re supposed to become should require kids to shrink away from away from the people they already are.

The movie’s low-res aesthetic — along with its unfortunate timing — make it a perfect choice for a streamer that’s looking to keep subscribers entertained with fresh and revitalizing fare during the pandemic (especially college students who are longing for any connection to life on campus). —DE

This Article is related to: Film and tagged Festivals, Memo to Distributors, SXSW