On its new linear home, this season of "One Day at a Time" promises to hit on some hard truths as well as the familial issues the show has tackled with a deft mix of humor and seriousness. 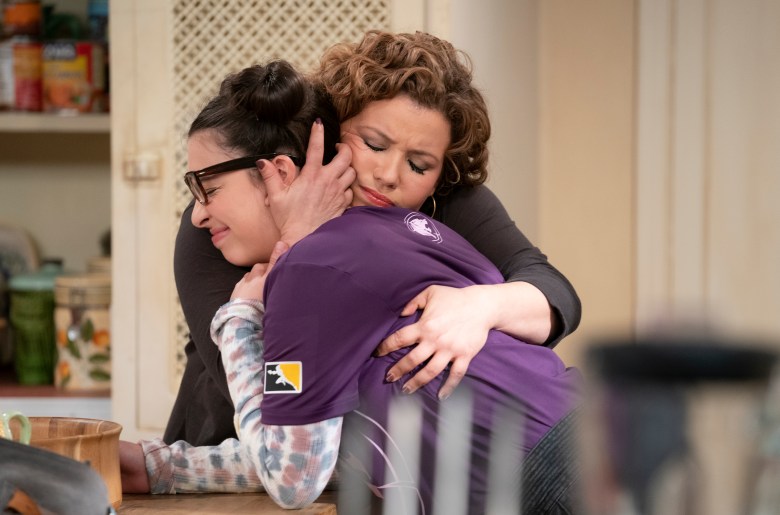 It’s been a long road for “One Day at a Time,” a remake of the Norman Lear sitcom from the 1970s focused on the Alvarez clan, a Cuban-American family living in Echo Park in Los Angeles. Despite three successful seasons that involved guest stars like Gloria Estefan and a rabid fanbase on social media, the series struggled to rise above the glut of Netflix programming, even having to self-finance their own Emmy campaign for leading lady Justina Machado as Penelope Alvarez.

To hear the cast of “One Day at a Time” talk about the cancellation of their show by Netflix is akin to hearing someone talk about the loss of their home. “It was like blank, white space and I was in total shock,” said Todd Grinnell, who plays the affably “woke” landlord/friend of the Alvarez clan, Schneider. But the heartbreak, from both cast, crew, and fans on social media had a positive side. The executives at Sony Television were also sad at the show’s demise and “they were heartbroken too..which turned out to be our salvation,” according to long-time veteran actor Stephen Tobolowsky.

From cancellation to resurrection the cast waited for over a year, in the hopes that the series would be able to get out of its contract and find a new home. “Every day I woke up going ‘not gonna let the doubt creep in,'” Grinnell said. But as time went on the actor started to get emotional, thinking the writing was on the wall: “I got a little teary because I started to think I’m never going to sit in the living room with that family again.” What changed the situation, though, was the passion from the cast and crew, the team at Sony and, most importantly, the fans. “The fans got on Twitter and were so passionate,” said Grinnell, noting the show’s viewers started a #SaveOneDayAtATime hashtag that went viral and helped Sony in their discussions with Pop TV.

And while Netflix let the series go, creators Gloria Calderon Kellett and Mike Royce hold no ill will. “We loved being at Netflix,” Calderon Kellett said. “It’s just that they have a lot of content. So we understand that this is a business and they have to give priority to what they deem worthy of giving priority to.”

With Pop TV, the creators believe the series can finally become the hit it was always meant to be. Having described it often enough, when asked about the need for “One Day at a Time” on television screens, Calderon Kellett drops the statistics: Latinos make up 18 percent to 20 percent of the country yet amount for just 3% of the characters on-screen, and with an election coming up it’s pertinent to see a family bestowing kindness and love, while also showcasing people of color on the poster.

This season of “One Day at a Time” promises to hit on some hard truths as well as the familial issues the show has tackled with a deft mix of humor and seriousness. Veteran actress and EGOT winner Rita Moreno, who plays Machado’s meddling mother, Lydia, said one episode especially stands out for the topic it tackles that was “marvelous because it concerns a subject that nobody ever discusses.” That episode is focused on female masturbation, which Calderon Kellett said is one of the season’s highlights for her. “We talk about men’s sexuality an awful lot and women should also be sexual beings … it’s a sex positive episode.”

But for Moreno it’s because of the scripts and their skill at combining humor with drama. “Sometimes you see other comedies try to do that and they do it in a very clumsy way,” she said. New writers were brought in this season, according to “One Day’s” creators, who were able to work with the family stories the show normally tells, but infuse that with specific elements to the Latinx community.

The creators said they didn’t enter the writers room with any specific list of topics, but their favorite episodes are the ones where the entire family weighs in on a subject. Outside of discussing politics this season, the series will also explore LGBTQ+ representation with regards to religion, no doubt involving Penelope’s daughter Elena (Isabel Gomez); the episode will also be Justina Machado’s directorial debut. 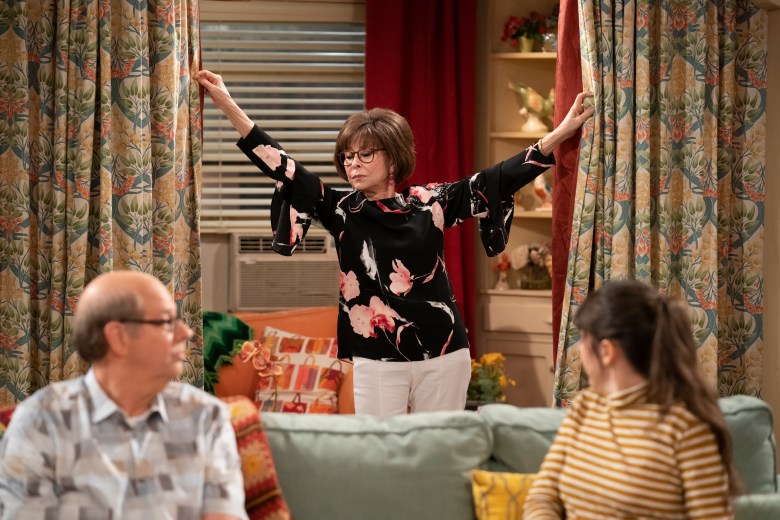 The series continues to give the cast more to learn — and they’ve all discovered something from working together over the last several years. For Gomez and Marcel Ruiz, who play Elena and Alex Alvarez, working with Machado and Moreno helped them learned how to self-advocate. “They know how to ask for what they need,” Gomez said, “and especially for young Hollywood, and for people of color you’re told ‘If you’re there, you’re lucky. Shut your mouth. Do as you’re told.'”

Gomez explained that Machado and Moreno told them, starting in Season 1, “our voices matter” and that if another take was needed or anyone felt uncomfortable they had that opportunity. Machado said that lesson has changed for her over the years. “I’ve always advocated for myself … but I had to struggle with learning how to talk to people and not be so straightforward.” As she described it: “I don’t have to be from Chicago all the time.”

And Machado doesn’t have to be that way because she’s so in sync with Calderon Kellett. Calling Machado “the sister I always wanted,” Calderon Kellett explained that if you put the two of them in a blender what comes out is Penelope. More importantly, Penelope (and Calderon Kellett by extension) are the result of the strong women who came before them. Calderon Kellett cited her own grandmother, the real inspiration for Moreno’s Lydia, as a key influence on the show. Described as a woman “rooted in leading with love,” her voice hangs over the show the most.

And her Cuban-American roots have an impact on this season. At the end of season three, Moreno’s Lydia visited Cuba to spread the ashes of her beloved husband Berto. Moreno describes the episode as “extremely touching” but the episode will also show the complex emotions those from Cuba have with regards to their homeland. “It’s not a vacation,” Calderon-Kellett said. “It’s a raw, emotional journey.”

As “One Day at a Time” continues to film its remaining seven episodes of the season, it also has to deal with the onslaught of the novel coronavirus which has forced the cancellation of numerous film festivals and television productions. But the show must go on and the creators of “One Day at a Time” are doing their best to keep things as positive as possible. According to Calderon Kellett, “To be able to put forth an immigrant family, a veteran family that has fought for this country … and that loves on another … it’s valuable to have that type of programming.”

This Article is related to: Television and tagged Latinx, One Day At A Time, Pop TV, Rita Moreno