The show's biggest struggle is transferring from a streaming service meant for binge-watching, with no commercials, to a regular time slot every week. 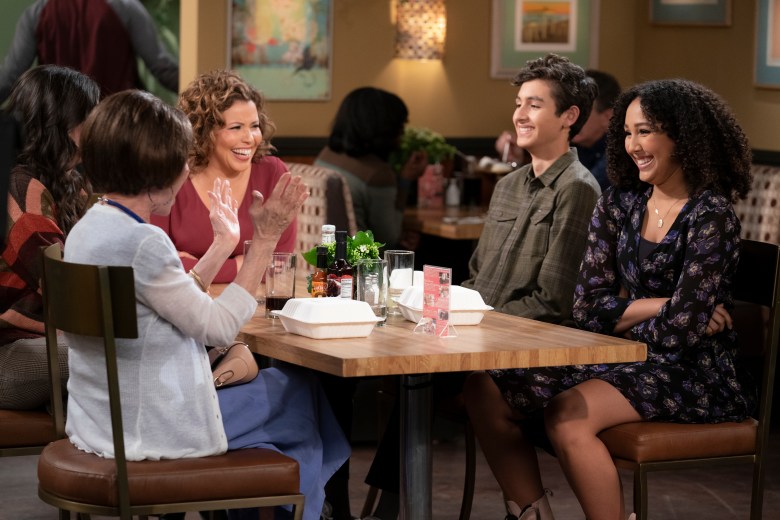 The fourth season of “One Day at a Time” has no problem telling its ex-network, Netflix, how it feels about them. The family sitcom that became the first Netflix-based television show to leave the streaming service and find a second life on a network starts its premiere on Pop TV with young Alex Alvarez (Marcel Ruiz) declaring, “It’s like there’s nothing good on Netflix anymore.” And for a series that has looked at tough issues like PTSD and alcoholism, and even put on a self-financed campaign for Emmy consideration, this shot across the bow kickstarts a new world for the Alvarez family, one where there is a little more appreciation for those efforts.

Whether you’ve watched the series from the beginning — either the 1975 original conceived by Norman Lear or when this reboot premiered in 2017 — or are popping in for the first time, the premiere has you covered, using Ray Romano’s census taker, Brian, as a conduit to reintroduce Penelope Alvarez (Justina Machado), her mother Lydia (Rita Moreno) and Pen’s two children, Alex and Elena (Ruiz and Isabella Gomez, respectively).

But with a new season comes a family planning for their futures. Pen, now a nurse practitioner and on steadier ground, financially and emotionally, still grapples to find a happy medium between being single and wanting a relationship. The previous seasons have all delved into Penelope’s love life, usually with her meddling mother reminding Penelope that she needs a man. And while that’s all retained here the script takes the “Little Women” route of emphasizing that Penelope doesn’t necessarily want a man to complete her; she wants a partner and someone she can grow old with, especially as Alex and Elena prepare to leave the nest.

The return of her former boyfriend, the impeccably handsome Max (Ed Quinn) is set up to be Penelope’s romantic arc for this season. His return leads to some hilariously light objectification humor as Penelope spends the premiere seeing him while out on dates with other men. One moment, wherein Max is presented in Penelope’s salad, is especially perfect. Outside of Penelope’s relationships there’s discussion of finances, with Pen forced by landlord and friend Schneider (Todd Grinnell) to buy a new couch, and an episode focused on Penelope and self-pleasure that will be hard to top as the season progresses. 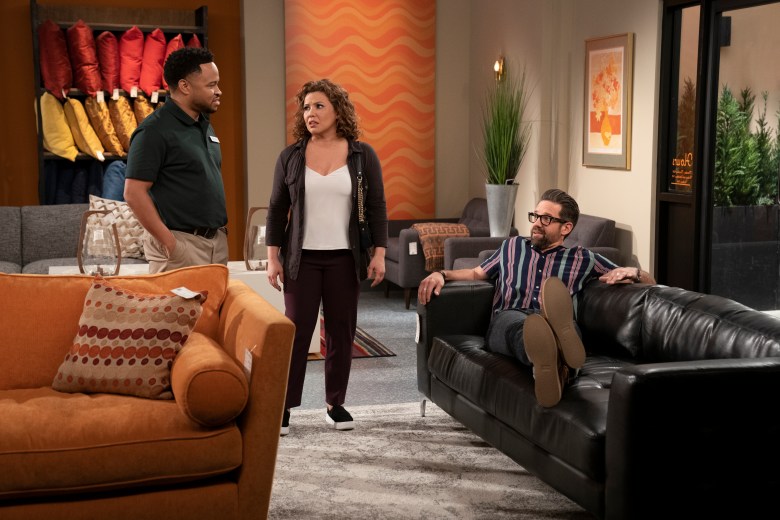 Machado remains “One Day at a Time’s” anchor and deserves to have multiple Emmys by now; with the awards season just starting, I’m sure I’ll be saying that ad nauseum. The fierce mother is on full display, especially in Episode 3, “Boundaries.” She’s spent the subsequent three seasons teaching her children about advocacy and self-sufficiency, but in this episode it’s all about how, as a mother, children shouldn’t expect privacy — and is that necessarily right? When Lydia starts meddling in Pen’s life, forcing the daughter to question her mother’s boundaries, the conversation opens wider. Machado also retains the crackling comedic timing she’s had from the beginning, whether that’s uncomfortably talking about her son walking in on her masturbating or simply reacting to seeing her ex in unlikely scenarios.

“One Day at a Time’s” biggest struggle is transferring from a streaming service meant for binge-watching, with no commercials, to a regular time slot every week. The first three episodes made available to press focus on the humorous elements of the Alvarezes’ life but they feel like disparate pieces. The series has always been a sitcom, but it feels more classically regimented into an act structure than it did previously.

At just barely 20 minutes it feels like series creators Gloria Calderon Kellett and Mike Royce are working to beat the clock. The catchy Gloria Estefan-performed theme song is significantly truncated and commercial breaks don’t feel naturally organic, or maybe that’s because fans of the show are just used to not having them. More importantly, everyone outside of Penelope lacks the same balance to their plotlines.

Rita Moreno continues to bring fire to the role of Lydia, Penelope’s irksome mother. After ending the final Netflix season in Cuba, it’s amazing that the new season doesn’t immediately look into what happened there. We do know her non-relationship with Dr. Berkowitz (a sweetly dour Stephen Tobolowsky) is going strong, and she’s committed to getting Penelope a man — which is a bit of regression for her character after admiring Penelope for her success, man-free, in the last season.

More importantly, Moreno and Gomez’s interactions as grandmother and granddaughter remain the most underrated elements. Episode 2, “Penny Pinching,” sees the two stuck in a car together as Elena tries to get to a Fortnite convention. Outside of Moreno’s derisive use of the word “nerds” to conjure up laughs, the two’s interaction in the car emphasizes how the clean wit of the scripts can truly shine with these actors.

Gomez and Ruiz feel like the odd men out within the first three episodes, the main victims of the brief runtimes, but they both try to make their plotlines significant. Elena is deciding whether it’s worthwhile to make her relationship with “Syd-nificant other” Syd (Sheridan Pierce) work when they’re in college, while Alex unveils a new girlfriend that his grandmother appears to love. Grinnell’s Schneider also feels like he doesn’t have much going on within the first three episodes, simply making the decision to move in with his girlfriend, Avery (India de Beaufort).

“One Day at a Time” treads uncertain waters as its success will be a benchmark for how other series can survive if they leave Netflix. The first three episodes all hold the flavor of the series, with its blend of humor and family love, but without the ability to see the entire season at once it is hard to determine if it can sustain itself without cementing a main arc right away.

And while “One Day at a Time” has been praised for baldly looking at Latinx issues, within the first three episodes it feels like it is treading water, establishing the brand again before making any kind of change that could turn off long-time viewers. Hopefully, though, fans new and old will stick with the Alvarez clan as “One Day at a Time” remains the little engine that could and its leading ladies demand your respect.

This Article is related to: Television and tagged One Day At A Time, Pop TV, Rita Moreno, Sitcom