Gordon passed away earlier this week, but Fessenden remains inspired by a filmmaker he places inside the hall of fame horror greats. 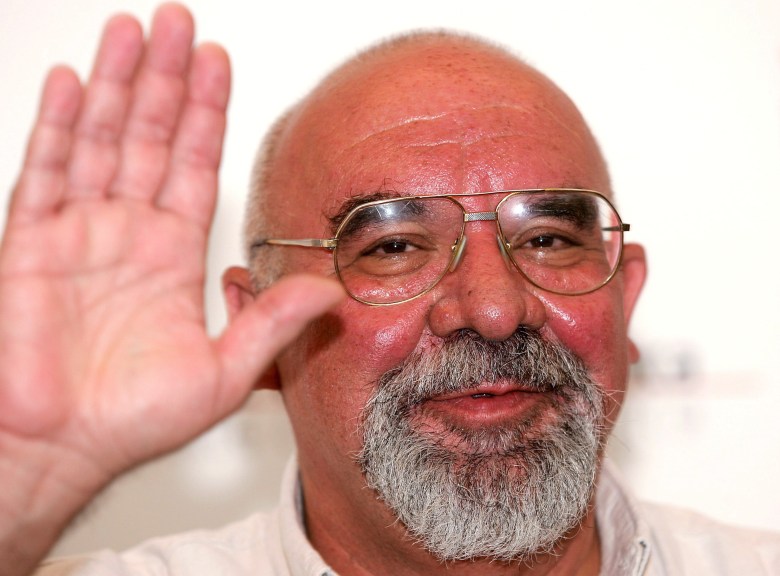 Like many horror fans of my generation, I saw “Re-Animator” in the theater on the big screen. It was a revelation, so bold and sassy and that Barbara Crampton, whew! The practical effects had such exuberance (talking severed head in a medical tray anyone?) you could sense his history in experimental theater by the way he staged gore gags. “Re-Animator” put filmmaker Stuart Gordon squarely in the company of iconic horror auteurs John Carpenter and George Romero, and it began his life-long affinity for H.P. Lovecraft adaptations. His follow-up film was another Lovecraft story, “From Beyond” and it did not disappoint. Gordon would go on to put “Dagon” on the big screen and a couple more Lovecraft tales on the small screen too, for the aptly named series, “Masters of Horror.”

I believe his last Lovecraft adaptation was for our own “Tales from Beyond the Pale” episode “The Hound” for which he “got the band back together,” writing with Denis Paoli, music by Richard Band, and a cast including Crampton, Ezra Godden, and Chris McKenna. It is a tribute to Stuart’s warmth and character that these collaborators would show up to work on a low-budget production like “Tales.”

My partner in “Tales,” Glenn McQuaid, served as in-studio producer and eventually as Stuart’s sound designer. Stuart ran the production with great humor and professionalism and was very stern with Glenn, pushing him until the sound scape was just how he wanted it. It was a wonderful experience to see how Stuart worked, he was demanding, gregarious, and firm, even in overseeing a humble radio play. In fact, we were in talks to do a second radio play from a tale by Stephen King.

Stuart and I had been corresponding since 2010, trying to put together a couple films for him to direct. I found this period very invigorating, as the idea of working with a man of his grace and stature was very affirming. He felt that Glass Eye Pix would be able to deliver a quality production on a budget. It is heartbreaking to re-read the old e-mails now, and to recall the phone calls where we really did think we could make something together.

At the time the most recent movie I had seen of his was “Stuck,” a remarkable flick that I consider among his best work. He also directed “Eater” for “Fear Itself,” which felt like a companion piece to my own episode from that series, “Skin and Bones.” I could sense in our calls that Stuart was frustrated by the industry to which he had given so much: along with the classics, there was “Dolls,” “Space Truckers,” “Castle Freak”… and of course, “Honey, I Shrunk the Kids” (story by). It has always been the same for horror auteurs of that period: Romero too felt he could not count on support from Tinseltown. Horror makers were second-class citizens.

But Stuart had always been a maverick who saw the world clearly: his early theater was confrontational and challenging, traumatizing audiences in an effort to shake societal complacency. His last play, mounted in 2014, was “Taste,” about the German cannibal who ate his date. Stuart did not shy away from difficult material.

I finally met Stuart and his wife at the storied Stanley Hotel where Stephen King had become inspired to write “The Shining” and where in fact Mick Garris had filmed his version of the King classic. Stuart was attending the Stanley Film Festival and he was very warm to me; he always complimented my work and showed genuine affection for the world he inhabited, a world populated by rabid fans, hard working artisans, and the occasional auteur always up to the challenge of responding to a cruel and unjust world with kindness, dedication, and a macabre wry wit.

So long, Stuart. You will be missed.

This Article is related to: Film and tagged Larry Fessenden, Obituary, Stuart Gordon