Steve Carell left "The Office" after its seventh season, but a new book on the NBC comedy reveals that wasn't what he wanted. 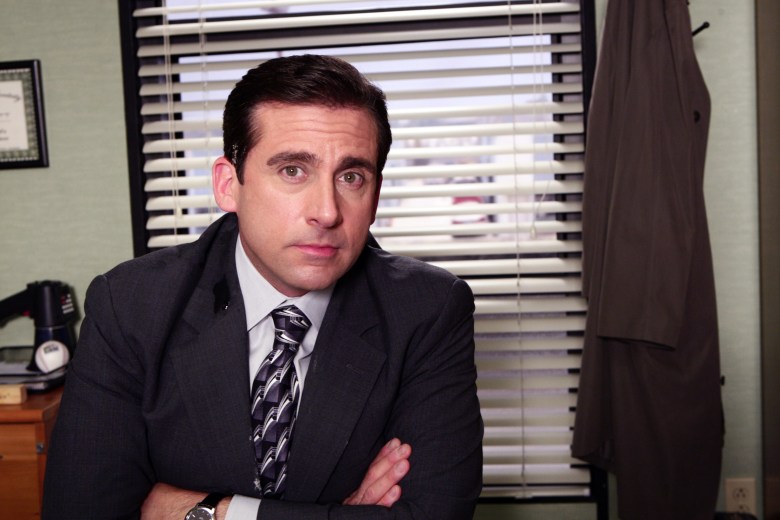 Steve Carell’s exit from “The Office” after seven seasons was a game-changing moment for the beloved NBC comedy series, but Andy Greene’s new book “The Office: The Untold Story of the Greatest Sitcom of the 2000s” reveals it was never Carell’s intention to leave the sitcom (via Collider). Numerous crew members spoke to Greene about Carell’s exit and said it was a battle between the actor and NBC executives that forced the comedian off the series. Sound mixer Brian Wittle and hairstylist Kim Ferry said Carell let it slip during a radio interview that he might leave after Season 7; Carell had not made a definite decision at the time, but he was pushed to exit after his comments made news and he was never contacted by NBC executives to stay.

“He didn’t want to leave the show,” Ferry said. “He had told the network that he was going to sign for another couple of years. … He told his manager and his manager contacted them and said he’s willing to sign another contract. And the deadline came for when [the network was] supposed to give him an offer and it passed and they didn’t make him an offer. So his agent was like, ‘Well, I guess they don’t want to renew you for some reason.’ Which was insane to me. And to him, I think.”

Casting director Allison Jones corroborated the story and told Greene, “As I recall, he was going to do another season and then NBC, for whatever reason, wouldn’t make a deal with him. Somebody didn’t pay him enough. It was absolutely asinine. I don’t know what else to say about that. Just asinine.”

Greene notes in the book that Carell’s negotiations to stay occurred just as NBC was in the midst of a regime change from Jeff Zucker to Bob Greenblatt. “The Office” producer Randy Cordray told Greene that Greenblatt was “not as big a fan of ‘The Office’ as we wished he would’ve been. He took ‘The Office’ for granted.” Cordray thinks Carell would have continued on to Season 8 had NBC pushed for it. The producer said, “If you’re not respected and don’t even get offered a contract or a discussion of a future contract, then you move on.”

According to Ferry, “[Carell] was like, ‘Look, I told them I want to do it. I don’t want to leave. I don’t understand.’ It just is mind-boggling how that happened. And I feel bad because I think a lot of people think he did leave the show on his own merit and it’s absolutely not true. I’m telling you. I was there. He really wanted to stay. And it devastated all of us because he was the heart of our show.”

“The Office” continued for two more seasons without Carell in the lead role as Michael Scott. The series ended its run after the ninth season, and Carell reprised the role in the show’s series finale. Head over to Collider for more highlights from “The Office: The Untold Story of the Greatest Sitcom of the 2000s,” which is now available for purchase.

This Article is related to: Television and tagged Allison Jones, Steve Carell, The Office