Curated by the IndieWire Crafts team, Craft Considerations is a platform for filmmakers to talk about recent work that we believe is worthy of awards consideration. In partnership with Amazon Studios, for this inaugural edition we talked to key members of “The Underground Railroad” post-production team, re-recording mixer/supervising sound editor Onnalee Blank, composer Nicholas Britell, and editor Joi McMillon about their work helping director Barry Jenkins adapt Colson Whitehead’s novel of the same name into a 10-part limited series. Watch the second installment, devoted to the production of “The Underground Railroad,” here.

Unlike many of Barry Jenkins’ key collaborators on “The Underground Railroad,” Onnalee Blank was the rare department head who had years of experience working in television. She was quick to point out how different “The Underground Railroad” was compared to other episodic projects: On a series like “Game of Thrones,” for which Blank won three Emmys, once she created a location’s soundscape, it supplied a base that the series returned to throughout its run.

In Jenkins’ vision of Cora’s (Thuso Mbedu) journey, from Georgia to Indiana aboard a magical realism-fueled train, each state was a different manifestation of the hero’s subconscious and a reflection of her internal state. That meant each state had its own distinct texture and feel, with each chapter requiring an artisan to create a completely new aural and visual language.

In the videos below, each filmmaker breaks down their work in one key episode, lending insight into how Blank created the horror of a Georgia plantation (Chapter 1), Britell captured the strangeness of South Carolina (Chapter 2), and McMillon crafted both the hope, dignity, and tragedy of Indiana (Chapter 9).

The Soundscape of “The Underground Railroad”

While “The Underground Railroad” contains elements of magical realism and is ultimately a celebration of the spiritual fortitude of those who endured enslavement, Jenkins was equally determined to present an unflinching view of the brutality of American institutional slavery.

“Chapter 1: Georgia” grounds the viewer in life on the Georgia plantation where Cora has lived her entire life. For Jenkins’ long-time sound collaborator, re-recording mixer/supervising sound editor Onnalee Blank, the challenge was how to create a soundscape that allowed the viewer to experience how unsettling this world felt moment to moment.

“Slavery is a horror movie,” said Blank. “And it was interesting talking to Joi, Nick, and Barry about that, being like, ‘No, we’re actually making a horror movie.’”

In the video above, Blank breaks down how she introduced the series’ most destabilizing and fear-inducing force: Ridgeway (Joel Edgerton), the slave catcher, who haunts each leg of Cora’s journey.

“[Ridgeway] says very little in that first two to three minutes,” said McMillon, who edited Chapter 1 and was in awe of Blank’s sound design. “But you know the whole sense of the world has shifted as that character comes on screen, and I know what made it most effective was the soundscape.”

The Music of “The Underground Railroad”

It took Nicholas Britell 18 months to create the music for this limited series, a journey that started with the same open-ended question that begins every composing job: “What is the sound of a project?”

In the case of “The Underground Railroad,” the composer found answers by exploring the sound of nature and elemental forces. By bending the waveform of a drilling noise — which Jenkins recorded on his phone and texted to the composer — Britell found the hypnotic, rhythmic, and descending musical motif that symbolized building the story’s mythical railroad. (It can be heard in series’ opening track, “Genesis.”)

Britell also brought the cicada sound effects Blank used to capture life on the sweltering plantation into his studio and slowed it down to reveal the insects’ strange melodies. They would inspire a great deal of his score.

Britell’s biggest challenge was to create an entirely different musical soundscape for “Chapter 2: South Carolina,” an almost alternate dimension where Cora and Caesar (Aaron Pierre) find themselves after escaping the plantation. At first glance, the city of Griffin appears to be a hopeful, progressive place, but there’s also a sense that something sinister lies beneath the facade of this genteel Southern city.

As Britell explains in the video above, he found a counterintuitive way to capture this by laying a lush orchestral score over the strangeness of the anachronistic city (which was set in the 1850s but included 20th century elements like a skyscraper). The combination, according to Britell, “raises that question in the audience’s mind, ‘What is this place, where are we, and what is happening?’”

The resulting “South Carolina” score involved the largest orchestral scope of any Jenkins project, the duo’s first vocal piece, and the magic of “Bessie” — a piece of music destined to live with “Agape” (“If Beale Street Could Talk”) and “The Middle of the World” (“Moonlight”) as another iconic musical moment in the director-composer collaboration.

The Editing of “The Underground Railroad”

While McMillon was editing “Chapter 9: Winter Indiana” last summer, the sound of the Black Lives Matter protests outside her Los Angeles editing room were a constant reminder of how the episode’s theme — generational trauma — remains relevant today.

In the final leg of her journey north, Cora finds herself on Valentine Farm, a flourishing Black community (based on the Black Utopia communities that emerged in the Midwest after the Civil War). Despite the security offered by the free Black community, and being supplied nourishment and love in all its forms, Cora is unable to escape the trauma of her past.

“Physically you maybe free, but mentally you may still be trapped,” said McMillion. “That starts to become ingrained in people: ‘If I only take up so much space, no one will try to come for it.’ I think that’s something we touch on [in] Cora’s journey, and is something people suffer with today.”

McMillon brings the subtlety of this mental imprisonment to life in an episode that swings between poetic expression of these characters’ spirits and the operatic tragedy that befalls them. It’s all the more remarkable when the penultimate episode must also bear the weight of multiple storylines converging while simultaneously establishing major new characters.

In the video above, McMillon talks about finding this balance and how working with the poetic, non-sync imagery of “Moonlight” and “If Beale Street Could Talk” were a vital training ground to figuring out how to incorporate Jenkins’ portraits of “The Black Gaze” in the episodes’ climatic moments.

Below, watch our discussion with McMillon, Britell, and Blank. 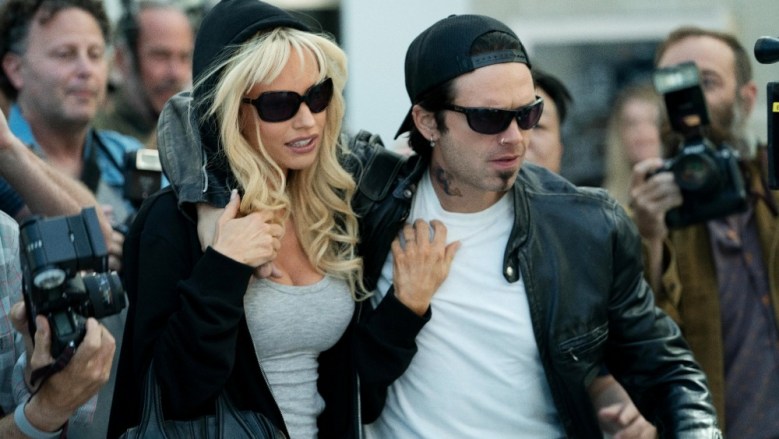