Curated by the IndieWire Crafts team, Craft Considerations is a platform for filmmakers to talk about recent work we believe is worthy of awards consideration. In partnership with Amazon, for this edition we look at how composers Danny Bensi and Saunder Jurriaans, supervising sound editor Andrea Bella, and sound designer Kevin Peters created a unique soundscape to give voice to the Western and sci-fi flavors of “Outer Range.”

When the Amazon series “Outer Range” introduces viewers to Royal Abbott, a rugged Wyoming rancher played by Josh Brolin in his most iconic cowboy mode, it seems to be setting the audience up for a classic Western transposed to the modern era. Yet as the series progresses and Royal becomes enmeshed in mysteries that are both grounded in reality (murders and disappearances in which his adult sons are involved) and the supernatural (a mysterious void that opens up on his property), “Outer Range” moves into the areas of science fiction and the police procedural.

One way that “Outer Range” maintains a consistent tone while taking advantage of all the possibilities its broad array of genre traditions introduces is through the sonic textures provided by composers Danny Bensi and Saunder Jurriaans and the sound team led by supervising sound editor Andrea Bella and sound designer Kevin Peters. As the videos below will show, these artists found a soundscape to match the show’s visual style — one both epic and intimate, and one which honors the show’s Western and sci-fi influences without being beholden to either. The sound design and music also add an entirely new dimension to the awe and dread that permeate “Outer Range,” not just enhancing the tension in the imagery but also introducing new mysteries.

The Score of “Outer Range”

Ironically — given the unusual and audacious premise of “Outer Range” — Bensi and Jurriaans felt that their task was clear from the outset. “There wasn’t a lot of pre-conversation about what to do,” Jurriaans told IndieWire. “The vibe was already so in our world that we knew exactly what to do.” Indeed, on series like “Ozark,” “The Outsider,” and “The OA” the composers have earned reputations as musicians whose work stands outside of traditional genres and often expresses the undefinable; “OA” co-creator Brit Marling once referred to them as “spellcasters.” Their particular form of sonic magic was integral to the success of “Outer Range,” given that the show’s unconventional story lacked some of the traditional genre signposts to guide the audience.

Bensi and Jurriaans had been fantasizing about working in sci-fi for a while, and “Outer Range” provided both the perfect opportunity to play in that sandbox and to bring a lot of musical ideas the duo had been working on to fruition. “We felt a kinship with the project,” Bensi said, adding that he and Jurriaans have always been attracted to epic qualities in their music. “Even when we were playing heavy metal together, we were always trying to get at ideas about man versus nature and something ethereal.” This sensibility makes itself felt in the first episode of “Outer Range,” when Royal stands at the edge of the hole and the music evokes dread, power, mystery, and beauty all at once.

In order to build to a sense of epic grandeur in “Outer Range,” Bensi and Jurriaans had to start from a more minimalist perspective in order to build the music alongside the drama. As they discuss in the video above, the composers took their cues from the story and the filmmaking, finding inspiration in not only the show’s blend of genres but its quirky sense of humor. “This was a wonderful recipe of taking what’s on the screen and marrying it to experimental, non-traditional music,” Bensi said. “We bow to the baroque period, the classical period, avant garde modernism… it really does culminate a lot of the things we’ve done over the last 10 years, both orchestrally and electronically.” Jurriaans added that the whole process was so natural and fluid that often it was hard to tell where sound design ended and music began. “A lot of the sound design became a kind of backdrop to the score and helped tie it all together,” he said. “There were a lot of disparate things going on, but it works as long as you have pillars gluing it together.”

The Sound Design of “Outer Range”

The task of providing the aural glue that Jurriaans described fell to supervising sound editor Andrea Bella, who, working with sound designer Kevin Peters, found sounds that would be faithful to both the more natural elements of “Outer Range” and those that lacked real world reference points. For Bella, that unusual juxtaposition was both the challenge and appeal of working on the show. “There are many different levels and many different worlds,” she said. “It has a lot to do with nature, but then there’s the paranormal world of the hole – but the natural world communicates with that, so these worlds must link. They must coexist on the same level.” As the video above demonstrates, when characters enter the hole they might be surrounded by sounds we’re familiar with, but as visions overtake them and the hole exerts its power, otherworldly effects begin to intrude.

Peters noted that “Outer Range” was a dream to work on because of the sense of detail that needed to characterize both worlds; even when the show was sticking to its more realistic storylines, “it ranged from beautiful, quiet, ambient scenes to super busy rodeo scenes and car chases and shootouts,” he said. “It’s such a wide spectrum.” As the video above demonstrates, Peters often took the characters as his guide when creating sound effects, assigning specific gun noises or cars to specific people. “We spent a lot of time in the beginning developing those sounds,” Bella said, adding that scenes like the car chase were especially challenging due to the need to coexist with the score. “There’s a lot of trial and error. You build something, you mix it against the music, and you pick and choose your moments and make sure that everything pops when you get on the mix stage.” —Jim Hemphill 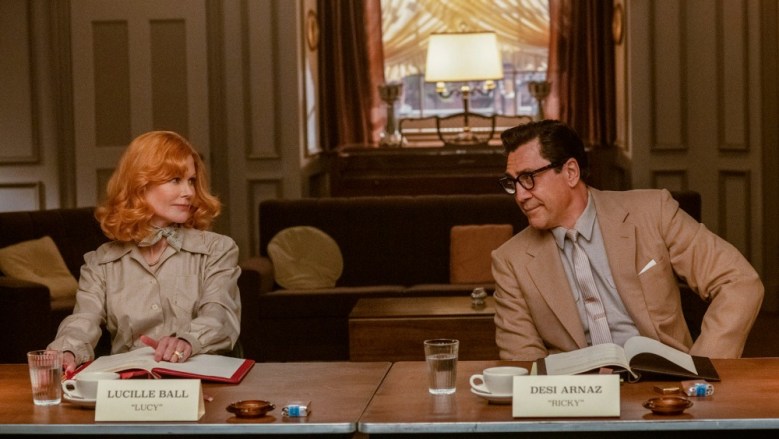 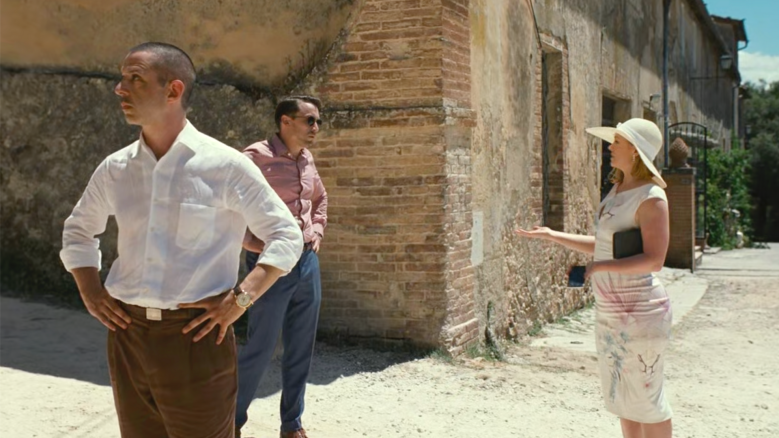 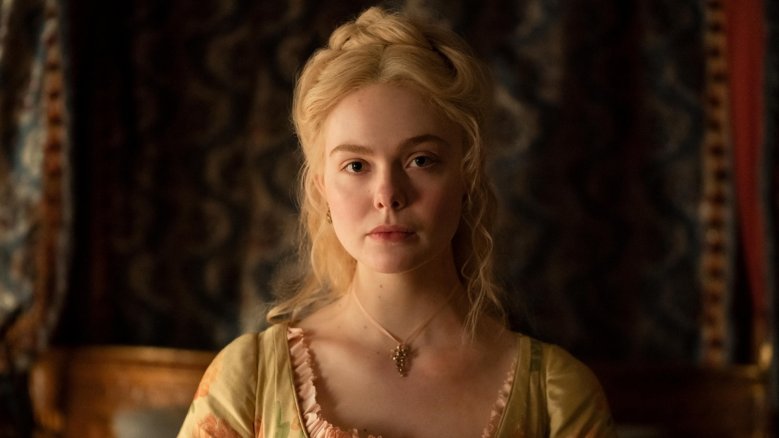 ‘The White Lotus’: Creating a Hawaii No One Should Visit 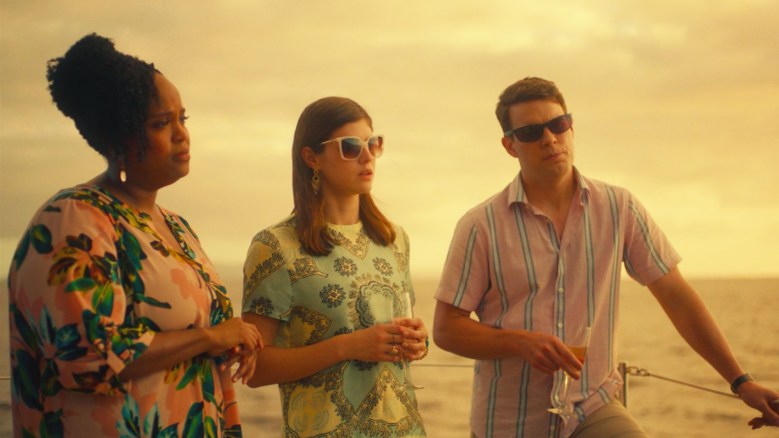 ‘The Mandalorian’: Crafting the Evocative, Grounded Worlds of Star Wars

Craft Considerations: Watch how Season 2's virtual world-building was grounded by the visual storytelling of the Emmy-nominated production designers, cinematographers, and costume designer. 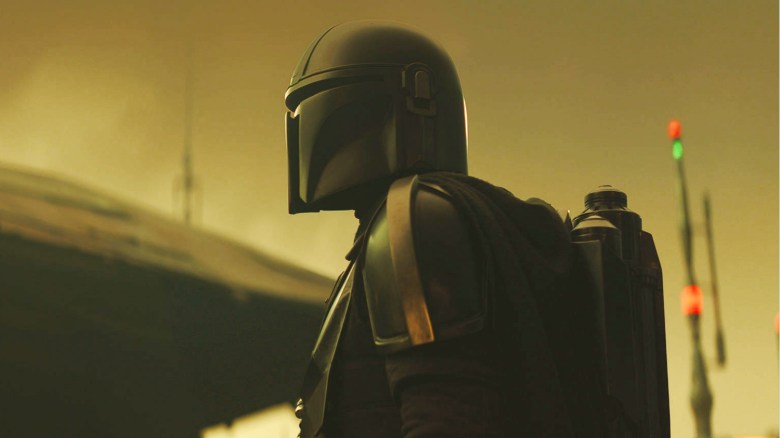 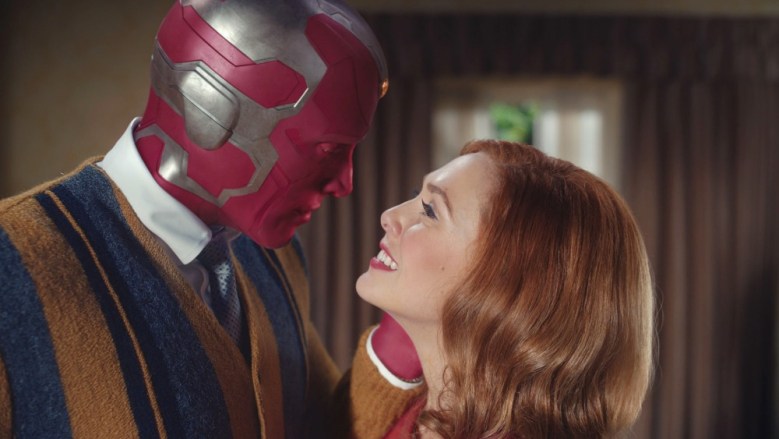