“The Lord of the Rings: The Rings of Power”

“Deep Dive” is a in-depth podcast and video essay series with the stars and creative team behind an exceptional piece of filmmaking. For this winter edition, the IndieWire Crafts team partnered with Prime Video to take a closer look at the first season of “The Lord of the Rings: The Rings of Power” with showrunners J.D. Payne and Patrick McKay, stars Morfydd Clark, Sophia Nomvete, and Charlie Vickers, and eight key members of the creative team behind the series.

“The Lord of the Rings: The Rings of Power” truly embraces both halves of its “based on ‘The Lord of the Rings’ and appendices by J.R.R. Tolkien” credit. Lots of people know “The Lord of the Rings”: “The Fellowship of the Ring,” “The Two Towers,” and “The Return of the King” have sold millions of copies and were later adapted by Peter Jackson into a box-office-conquering, Oscar-hoarding series of feature films. Less heralded are the appendices, about 50 pages of histories, mythologies, genealogies, calendars, fantasy language writing systems and grammars that Tolkien tacked onto the back of the “The Return of the King” for nerds whose brains are broken in a particular way (this writer included). They’re just the tip of the iceberg for both Tolkien’s world-building and that of “The Rings of Power.”

The details of this imagined mythology fill dozens of books and form more than just the inspiration for the Amazon prequel series — they also form key points for the plots and character arcs on the show. Some of this devotion is in the details: “The Rings of Power” name-checks things like “The Light of the Silmarils” which means you kind of need to know about The Two Trees, and what Valinor is, and why we can blame the Noldor for everything. But much of it comes through in the kinds of stories that “The Rings of Power” is interested in telling, which is perhaps why it feels so close to its cinematic predecessor.

Choosing to go deep on Tolkien’s legendarium in order to reverse-engineer the status quo ante Bilbo Baggins is the choice that fundamentally defines “The Rings of Power,” from its dramatic questions and character arcs to its earnest tone to all of the visual and formal choices creating its look and style. In the video below, showrunners JD Payne and Patrick McKay and members of the show’s crafts team explain how Tolkien’s writing shaped the kinds of stories they want to tell.

The challenge, then, of “The Rings of Power” is in creating both a look and tone that honors the spirit of Tolkien’s writing and world. What does Middle Earth need to look like, need to feel like to be recognizable as such? And, just as important, what are the things that separate the series from the very recent — at least in elf years — film versions of “The Lord of The Rings”? These are the questions associate craft editor Sarah Shachat explores with “The Rings of Power” creative team in the “Deep Dive” podcast:

The podcast explores the various techniques the creators, cast, and artisans employed to realize an idea articulated by composer Bear McCreary: “What we wanted was continuity, not quotation. It was a tricky balancing act. It’s part art and part craft, and part science and part inspiration,” McCreary told IndieWire. “All the pieces are there [for the ideas in the show] to settle down and for thousands of years to pass and for something like Howard Shore’s ‘Shire Theme’ to emerge from it. And as a fan going from the show to the movies chronologically, you’d feel that continuity.”

The continuity the show chases, whether in the form of thematic material or design aesthetics, meant that “The Rings of Power” is always both trying to make a version of Middle Earth that’s familiar to fans of previous iterations, but also shows some new piece of it. In the videos below, we examine the craft that went into creating the different places and people of Middle Earth, the choices that informed the level of reality and fantasy necessary for the show’s setting, and how character, tone, setting, and also a little bit of magic come together in Season 1’s climatic battle for the Southlands.

Mapping the Realms of Middle Earth

Maybe the most important aspect of Middle Earth that “The Rings of Power” honors is its geography. Middle Earth is an expansive place full of distinct and vibrant locations and cultures, which means a show that tries to truly get across its breadth and expanse needs to travel between lots of them — ideally without getting anyone confused. Visual and cultural distinctions that would both separate each fantastic realm and breathe life into the characters who lived there were an imperative across the board.

Some techniques for achieving different looks are fairly straightforward because they’re visual. “The form and visual language for each culture had to be distinct enough that anytime anybody would happen to walk into a room and if they were watching over somebody else’s shoulder, they would have to know where they were in the story,” production designer Ramsey Avery said. In the video above, you can see evidence of how Avery, concept artist John Howe, composer Bear McCreary, costume designer Kate Hawley, the visual effects team, and the show’s three directors all found ways of clearly delineating all the different locations on the show.

Elsewhere, the show’s approach to creating strong senses of place is less obvious, the kind of context clues that would wash over a viewer and fade into the background. In the video above, actor Morfydd Clark talks about finding cultural differences in how the different characters navigate space. “There was one game we played with our movement director, Laura, where she’d hide something in a room and then [the Harfoots] would go in and find it as Harfoots, which obviously was lots of like puttering around, like little squirrels, and then the dwarves [would go and move] tables really fast out of the way, and then the elves [were] kind of barely doing anything and preserving as much energy as they could. There’s an economical aspect to them in everything they do.”

Creating Middle Earth was not, however, as simple as creating the different pieces of it. What brings the show’s setting, plots, and themes together is Tolkien’s focus on the natural world and our relationship to it. Honoring that focus and trying to preserve a connection to a grounded reality dictated all kinds of choices, the way the show stressed location shooting and practical effects later augmented by VFX, and is exemplified in how “The Rings of Power” depicts the creation of Mordor.

In the video above, you’ll see how every department on the series contributed to the transformation in a way that feels nested in the slightly more powerful, magical, but very natural forces that animate Middle Earth. The world almost takes over the show in Episode 7, “The Eye,” in the immediate aftermath of the volcanic eruption that creates the scorched realm eventually ruled by the Dark Lord Sauron. Director Charlotte Brändström spoke about looking at California wildfire footage in order to create the right texture for that very particular and very natural kind of destruction, and Episode 7 cinematographer Alex Disenhof discussed making the opening of that episode reverberates with the power that earns Mount Doom its name.

“We shot a lot of at 33 frames per second, so slightly slow, because there’s an eeriness to it. There’s a disorientation,” Disenhof said. “I hung a massive muslin rag around the set instead of blue screen or green screen [because] when you fill it with fog and smoke, that muslin becomes a thick, almost creamy autofocus texture.” Disenhof’s work helps make the environment of the episode feel like nothing else on the show, and illustrates just how far “The Rings of Power” will go to remind its characters they are in a world that has real geology and seasons and ocean currents, however fantastical. Do something to shake Middle Earth, and it will shake right back.

The Battle for The Southlands

All of the creative choices “The Rings of Power” makes in order to build a fantastic world that nonetheless feels, in the words of showrunner JD Payne, “discovered, not invented,” come together in the final three episodes, and particularly in the clash that decides the fate of The Southlands. But “Rings of Power” had neither the time nor the resources, nor really the inclination, to try and create another Battle of Pelennor Fields. Even with a record-setting budget, the logistics and the schedules of TV production don’t allow for staging something on that scale.

So the series sculpted a battle sequence (really, a set of battle sequences) that highlights things television is usually pretty good at: character perspectives. Director Charlotte Brändström and cinematographer Alex Disenhof broke down the battle sequence by whether moments were following Arondir (Ismael Cruz Cordova), Bronwyn (Nazanin Boniadi), or Theo (Tyroe Muhafidin). “If you have all those people out front stabbing each other, you can do it — and we do it to show what’s happening — but then if you just did that for five minutes straight, you’d just lose track of who’s who and you wouldn’t care anymore. So it was important for us to always find a perspective,” Disenhof said.

In the video above, watch how the battle for The Southlands took shape, from the collaboration between the camera, sets, and stunt teams to how Ukrainian Cossacks inspired the show’s particular approach to cavalry. The determination to be at ground level, with characters we care about, is one choice that, every time the show makes it, allows “The Rings of Power” to pull beats from the Jackson adaptations, and ultimately from Tolkien’s own work, while still feeling like an organic story of its own. 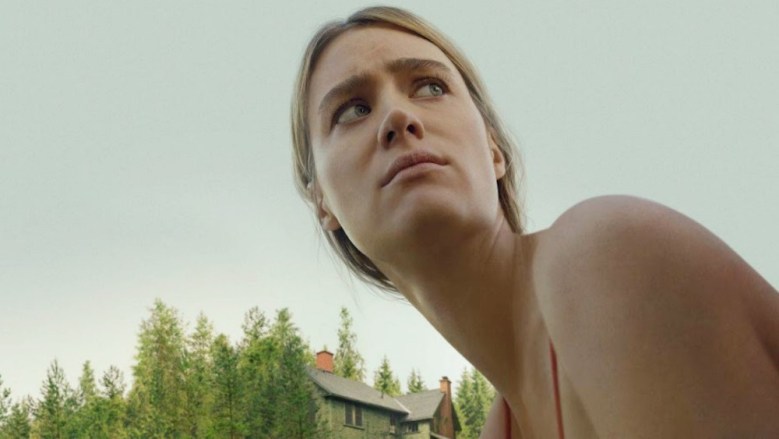