Emmy veterans and Oscar winners will battle it out for six spots in a race that's already been upended by production delays. 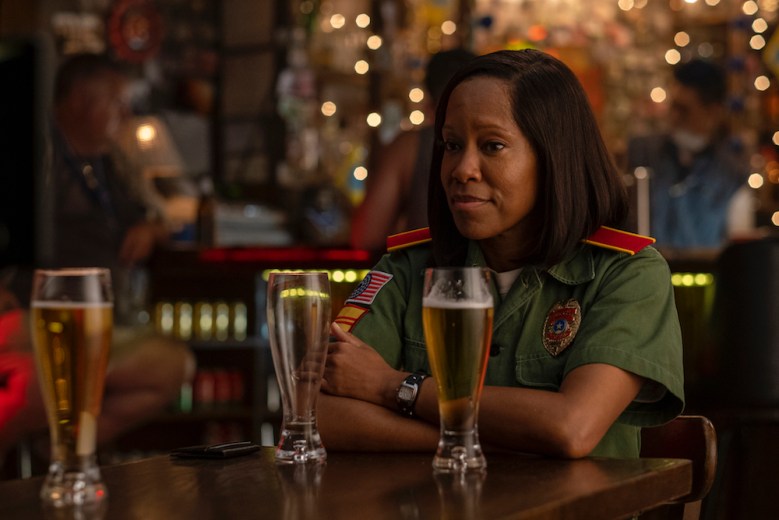 Throughout Emmy season, IndieWire will evaluate the top contenders for TV’s most prestigious prize, and it all starts here. At the bottom of this page are IndieWire TV Critic Ben Travers’ predictions for Best Actress in a Limited Series or TV Movie. This article will be updated throughout the coming months, along with all our predictions, to reflect an up-to-the-minute state of the race. Make sure to keep checking IndieWire for the latest coverage on the 2020 Emmys, including breaking news, analysis, interviews, podcasts, FYC event coverage, reviews of all the awards contenders, and more. The Creative Arts Emmy Awards will be given out Saturday, September 12 and Sunday, September 13. The 72nd Annual Primetime Emmy Awards will take place at the Microsoft Theater in downtown Los Angeles  on Sunday, September 20. (See our awards calendar for a more detailed breakdown of important dates.) ABC is broadcasting the ceremony.

Last Year’s Winner: Michelle Williams, “Fosse/Verdon”
Still Eligible: No.
Hot Streak: Understandably, it’s been a while since an actress won this category two years in a row — Helen Mirren won in 2006 and 2007, first for HBO’s “Elizabeth I” and then for “Prime Suspect: The Final Act” — but Regina King could maintain an awards season hot streak all her own with a nomination and/or win in 2020. The beloved performer won back-to-back Emmys in this category for “American Crime” in 2015 and 2016, snagged another nomination in 2017, and then won again in 2018. (The last one was for Netflix’s “Seven Seconds.”) She wasn’t nominated for an Emmy in 2019, but did win an Oscar and a Golden Globe (for “If Beale Street Could Talk”), so if the TV Academy sparks to “Watchmen” she’d be up for film or television’s most prestigious honors for more than a half-decade straight.
Fun Fact: “American Horror Story” reinvigorated network appetites for anthology series, but Ryan Murphy’s landmark FX program has yet to surpass the TV Academy’s original favorite miniseries: “Prime Suspect.” Helen Mirren’s PBS police procedural would likely be ruled an ongoing series if released under today’s Emmy rules, but its six nominations (and three wins) in the category have it tied with “American Horror Story” — for now.
Notable Ineligible Series: “Fargo” (Season 4 did not finish shooting before production was suspended.); “The Undoing” (HBO has pushed the release date to Fall 2020); “American Crime Story” (“Impeachment” has not premiered), “True Detective” (Season 4 has not premiered), “The Alienist” (Season 2 has not premiered), “The Good Lord Bird” (delayed), “Big Little Lies” (Season 2 is eligible as a drama series)

Another year, another A-list battle in the Limited Series races, and the 2020 actress contenders are stacked with particularly heavy hitters. Let’s start with Regina King. The three-time Emmy winner is back in her favorite category with “Watchmen,” HBO’s critical and ratings hit which gave King a chance to don the cape and tights without losing an ounce of dramatic substance. Her turn may be thrilling and fun, but the nine-episode season provided plenty of moments for the actor to dig deep.

Another hit from 2019 stars another Emmy favorite: “Unbelievable” and its co-lead Merritt Wever. The two-time winner last took home the gold for “Godless,” as a supporting actress in a limited series, so Netflix knows how to mark a campaign for the skilled (and well-liked) performer. Of course, they’ll also be pushing her co-star Kaitlyn Dever in the category, and while the young breakout has yet to be nominated, her recent success in “Unbelievable” and “Booksmart” should make her a name voters won’t forget.

Still, she’s going up against some towering veterans. Cate Blanchett is looking for her first Emmy nomination (after being snubbed as Guest Actress for last year’s “Documentary Now!” episode), and FX on Hulu (aka FX and Hulu) will be putting a big campaign behind “Mrs. America.” That being said, Hulu will have its hands full with “Little Fires Everywhere” — both Reese Witherspoon and Kerry Washington are running in the lead actress category and both have earned high enough marks for the eight-part adaptation to get in together. The Disney-owned networks are also both backing “Devs,” with Sonoya Mizuno in the lead slot, while solo Hulu offerings include Daisy Edgar-Jones in “Normal People” and Lizzy Caplan in “Castle Rock,” both of whom give very different but compelling lead turns.

Meanwhile, returning to the HBO side of things, Kathryn Hahn’s magnificent turn in last year’s “Mrs. Fletcher” is now up for Emmy consideration (after being rudely passed over by the Globes). And then there’s the queen of the category playing an actual queen (again): Helen Mirren in “Catherine the Great.” Still not done, HBO’s critically acclaimed rollout of “The Plot Against America” has people talking about Zoe Kazan’s excellent performance.

And even after all of these strong contenders, there’s more: Octavia Spencer plays America’s first black, self-made millionaire in “Self-Made: Inspired by the Life of Madam C. J. Walker”; Michelle Dockery is seeking her fifth nomination ever, via the Apple TV+ drama “Defending Jacob”; Rosario Dawson will have USA Network’s full push for “Briarpatch”; after nabbing a nod for “Fleabag” in 2019, Sian Clifford is looking for nominations in subsequent years with AMC’s “Quiz”; and finally, there’s Cynthia Erivo in “Genius: Aretha.” She’ll be a frontrunner, but only if Nat Geo is able to finish production on a series that was already pushing the Emmy deadline with an end-of-May premiere before shooting was shut-down in mid-March.

This Article is related to: Awards and tagged Emmy Predictions, Emmys, Regina King