With plenty of big name stars in the running, what emerging talents will the Globes spotlight? 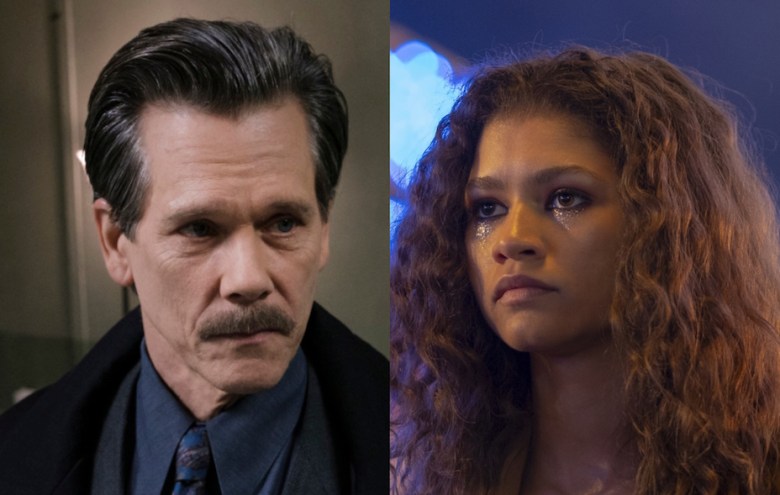 Kevin Bacon in “City on a Hill” and Zendaya in “Euphoria”

Last Year’s Winners: Richard Madden, “Bodyguard” (Best Actor) and Sandra Oh, “Killing Eve”
Still Eligible: No and yes, respectively.
Hot Streak: On the men’s side, no actor has won more than two trophies in this category, and the last person to add his second Globe to the mantle was Jon Hamm in 2015 for the final season of “Mad Men.” (His previous victory came in 2007 for the first season.) The women have fared a bit better, in terms of repeat wins — Angela Lansbury has four trophies in the category and Claire Danes has three, and Danes got rare back-to-back victories in 2011 and 2012 for “Homeland.” (Her other trophy came in 1994 for “My So-Called Life.”)
Notable Ineligible Actors: Richard Madden, “Bodyguard”; Matthew Rhys, “The Americans”; Stephan James, “Homecoming”; Julia Roberts, “Homecoming”; Keri Russell, “The Americans”

At the bottom of this page are IndieWire TV Critic Ben Travers’ predictions for Best Actor in a TV Series (Drama) and Best Actress in a TV Series (Drama) at the 2020 Golden Globes. This article will be updated throughout the season, so make sure to keep checking IndieWire for all the latest buzz from the 2020 race, and read predictions in the rest of the categories, as well. The 2020 Golden Globe Award nominees will be announced Monday, December 9 at 8 a.m. ET. The 77th Annual Golden Globe Awards ceremony will be held Sunday, January 5 in Los Angeles, CA and be televised live on NBC.

Perhaps one of the more unpredictable races in all of the Golden Globes, the Best Actor in a TV Drama category is stacked with contenders, but few frontrunners. All of this year’s Emmy nominees are eligible, except for Bob Odenkirk, which means all of them could fill out the five Globes slots.

Billy Porter is riding high after his win, and his 2019 nomination from the HFPA bodes well for a return trip this year. Kit Harington (“Game of Thrones”) could snag his first Globes nod for the final season of his HBO hit, or they could continue ignoring the King of the North, which is more likely. “This Is Us” is still sporting strong performances from Sterling K. Brown and Milo Ventimiglia, with the former a 2018 champion in the category and the latter still seeking his first nomination. Finally, Jason Bateman is a two-time nominee for “Ozark” and he’ll have a new show to plug come December and January — HBO’s Stephen King adaptation of “The Outsider,” in which Bateman co-stars, produces, and directs — so he should be in the conversation throughout awards season yet again.

That, however, would leave no room for newcomers, and the Golden Globes loves their newcomers. This year, that could include a few actors from “Succession” Season 2, as Brian Cox and Jeremy Strong weren’t up for the first season at the Globes or Emmys. Cox has only been nominated once (in 2001 for the TV movie “Nuremberg”), and Strong has yet to be honored for his remarkable turn as (rapping) Kendall Roy. But the truly new contenders could be the real disruptors: Kevin Bacon was nominated for “I Love Dick,” so you better believe his well-received Showtime drama “City on a Hill” gives him a good shot at his fourth nomination. Steve Carell is looking for Globe nod No. 10 and his first TV nod since “The Office” — “The Morning Show” could get him there, even playing a controversial figure. Tobias Menzies has never been nominated, but “The Crown” should change that, and Jason Momoa could very well muscle his way into the race, despite pretty terrible reviews for “See.” (He’s Jason Momoa. People like him.)

Things are a bit different in the Best Actress race, a category so stacked Reese Witherspoon is competing against herself and her co-stars. Up for “The Morning Show” and “Big Little Lies,” Witherspoon will go toe-to-toe with Jennifer Aniston and Nicole Kidman, meaning two shows and three women could take up four of the five slots. With Olivia Colman the closest thing to a lock we have, that scenario would book up the category — but it’s unlikely. Witherspoon might find herself on the outside looking in, perhaps at Zendaya, who gave an unbelievable turn in the awards-friendly HBO teen drama, “Euphoria,” or Regina King, who’s already become TV’s top superhero in HBO’s not-a-superhero series, “Watchmen.”

And yet, all these contenders would box out names that seem like surefire nominees. There’s Sandra Oh, who won last year’s trophy for “Killing Eve”; her co-star Jodie Comer, who won the Emmy this year; and then there’s Elisabeth Moss, who won for “The Handmaid’s Tale” in 2017 and hasn’t slowed down. Toss in Emilia Clarke’s final “Game of Thrones” run, alongside Sarah Snook as the scene-stealing star of “Succession,” and there are bound to be some stunned faces come nomination morning.