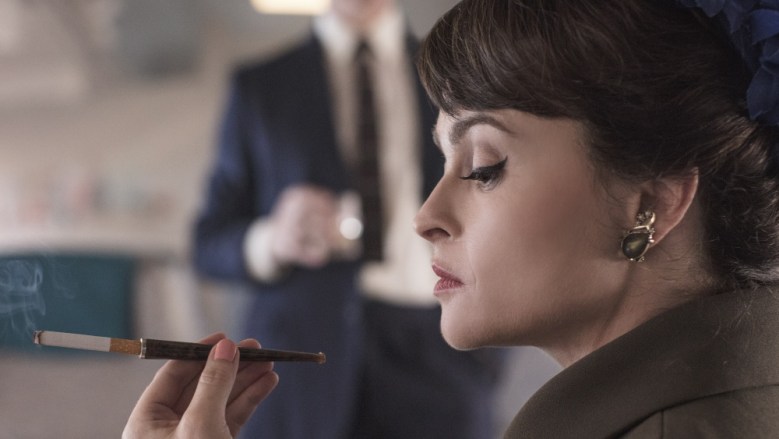 Last Year’s Winner: Patricia Clarkson, “Sharp Objects”
Still Eligible: No.
Hot Streak: Actors in HBO series have won the category in back-to-back years — Patricia Clarkson in “Sharp Objects” and Laura Dern in “Big Little Lies” — while cable companies have been represented in the winners’ circle four years straight and in six of the last eight. Streaming giants like Netflix, Hulu, and Amazon have found success elsewhere at the Golden Globes, but they’ve yet to win the Best Supporting Actress race.
Notable Ineligible Series: Patricia Clarkson, “Sharp Objects”; Thandie Newton, “Westworld”; anyone from the “American Crime Story” and “Fargo” franchises.

At the bottom of this page are IndieWire TV Critic Ben Travers’ predictions for Best Supporting Actress in a Series, Limited Series, or TV Movie at the 2020 Golden Globes. This article will be updated throughout the season, so make sure to keep checking IndieWire for all the latest buzz from the 2020 race, and read predictions in the rest of the categories, as well. The 2020 Golden Globe Award nominees will be announced Monday, December 9 at 8 a.m. ET. The 77th Annual Golden Globe Awards ceremony will be held Sunday, January 5 in Los Angeles and be televised live on NBC.

With all the TV shows in competition together — dramas, comedies, limited series, and TV movies — the supporting categories are always an intense fight between too many choices. Suddenly, frontrunners from other awards shows are relegated to dark horse status at the Globes, as only the brightest stars can shine through the cloud of options. (Or, one can imagine, the small group of HFPA voters producing surprising picks across-the-board are made even more surprising when choosing from so many names.) There are a lot of actors to consider, and that makes nominations’ morning plenty surprising.

So who should be expecting a call? Probably only a few people can bank on it. Helena Bonham Carter joins “The Crown” as a seven-time nominee, and the Globes already like the show; she could even be in line for her first win, given her early acclaim, but let’s not put the cart before the horse. Meryl Streep is also a top contender, as even most of the “Big Little Lies” Season 2 skeptics were enamored by what she brought to the role. Right next to her is co-star Laura Dern, who’s expected to be a dual nominee this year given her fierce work in HBO’s “Big Little Lies” and Noah Baumbach’s Netflix film, “Marriage Story.”

From there, the likely nominees get a little harder to pinpoint. Olivia Colman is fresh off a win for “The Favourite” in 2019 (and she won for “The Night Manager” in 2017 to boot), and she could see another nomination for her work in “Fleabag.” Sian Clifford could benefit from a little “Fleabag” love as well, which would pair nicely with her Emmy nod, and Emily Watson is hoping the “Chernobyl” buzz remains strong (s she could land her fifth Golden Globe nod after receiving her first Emmy nomination earlier this year). Patricia Arquette is up for “The Act” after winning a Golden Globe for “Escape at Dannemora” just last year.

That still leaves Emma Thompson, who could reach double digits in Globe nominations with a nod for “Years and Years” (and even hit 11 if she gets a film nomination for “Late Night,” too); Jean Smart, who made a helluva debut in HBO’s “Watchmen”; Naomi Watts, who stood out in Showtime’s “The Loudest Voice” as Gretchen Carlson; Anna Chlumsky in the final season of “Veep”; D’Arcy Carden in the final season of “The Good Place”; and never forget about Betty Gilpin’s outstanding work in “GLOW.” Who could make the short list? The fight will be over soon enough.