"Fleabag" looks to continue its amazing run while newcomers from Netflix and Showtime try to break up the party. 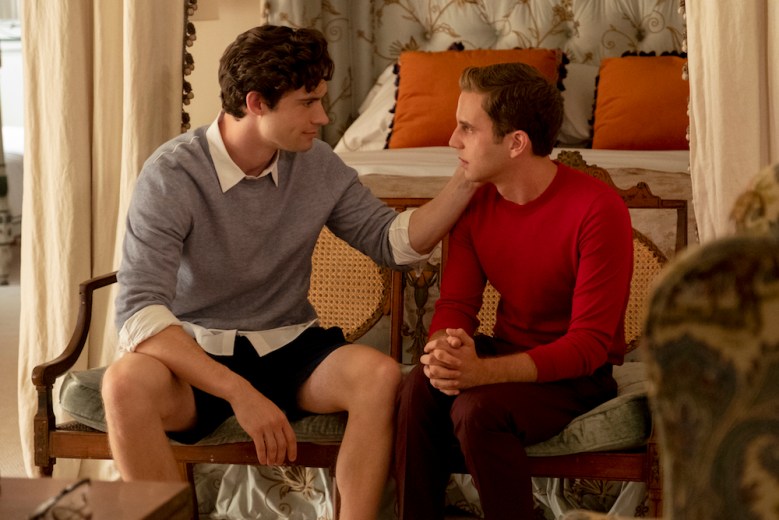 David Corenswet and Ben Platt in “The Politician”

Last Year’s Winner: “The Kominsky Method”
Still Eligible: Yes.
Hot Streak: The Golden Globes haven’t crowned a repeat winner in the Best TV Series – Comedy or Musical category since “Glee” won in 2009 and 2010, but there’s still another trend happening now: Comedies from a streaming company have won four of the last five years, and three of those shows came from Amazon. (“The Marvelous Mrs. Maisel,” “Mozart in the Jungle,” and “Transparent”)
Notable Ineligible Series: “Kidding,” “Atlanta,” “Transparent,” “Curb Your Enthusiasm,” “Master of None”

At the bottom of this page are IndieWire TV Critic Ben Travers’ predictions for Best TV Series – Comedy or Musical at the 2020 Golden Globes. This article will be updated throughout the season, so make sure to keep checking IndieWire for all the latest buzz from the 2020 race, and read predictions in the rest of the categories, as well. The 2020 Golden Globe Award nominees will be announced Monday, December 9 at 8 a.m. ET. The 77th Annual Golden Globe Awards ceremony will be held Sunday, January 5 in Los Angeles, CA and be televised live on NBC.

Can “Fleabag” keep its magic going into 2020? That’s the big question facing the HFPA, as the group infamous for choosing buzzy newcomers over proven favorites has to make the tough decision between honoring a second season of Amazon’s Emmy-winning comedy, or if the Globes will look to crown another, newer TV contender.

Of course, that’s not the question at hand — not yet. First come the nominations, then the winners. So what shows are in the prime position to contend with Phoebe Waller-Bridge’s beloved British comedy? How about “Barry”? Few shows can match “Fleabag’s” universal acclaim and widespread buzz factor, but Bill Hader’s HBO series has become a favorite of critics and fans alike. In its sophomore season, things only got darker, and the Emmys have yet to hand over their top prize to “Barry.” Perhaps the Globes want to beat them to the punch — which would be right in line with how the drama race shakes out, too.

But “Barry” doesn’t exactly have the best odds of the bunch. “The Marvelous Mrs. Maisel” could make another run for the top spot with a strong third season (released in December), and “The Kominsky Method” looks to be the first show since “Glee” to win the category in back-to-back years. To do so, they’ll have to top the crop of the freshman class. That means taking down “The Politician,” Ryan Murphy’s highly touted Netflix series starring Ben Platt and Gwyneth Paltrow; “Russian Doll,” another Netflix entry that earned such incredible reviews earlier this year that Season 2 is on the way; “Dead to Me” rounds out the top Netflix contenders, though buzz is a bit faint on this once-feared awards threat.

Moving on to other networks, “On Becoming a God in Central Florida” also earned a renewal after a great first season and could ride the HFPA’s love for Showtime to a much-needed nomination. (Ratings are a bit low.) “Schitt’s Creek” hopes its Emmys buzz will lead to a Golden Globe nod or two, and “The Good Place” is trying to stay among the favored few after scoring its first nomination last year. “Veep” could make a comeback for its final season, and Lord knows Pamela Adlon’s “Better Things” deserves all the merits people can throw at it.

But lest we forget, there are new streamers in the fray, and “Dickinson” could make Apple executives quite happy with a nod here. “High School Musical: The Musical: The Series” is the best bet for Disney+, but the Apple TV+ comedy seems to have the edge in star power and early reviews over its new streaming rival.

Spoilers: “Schitt’s Creek,” “The Good Place,” “Dickinson,” “On Becoming a God in Central Florida,” “The Kominsky Method,” “Dead to Me”