At a recent panel on the Fox lot touting James Gray's "Ad Astra," now in theaters, NASA scientists talked about their favorite movies that take us into the unknown. 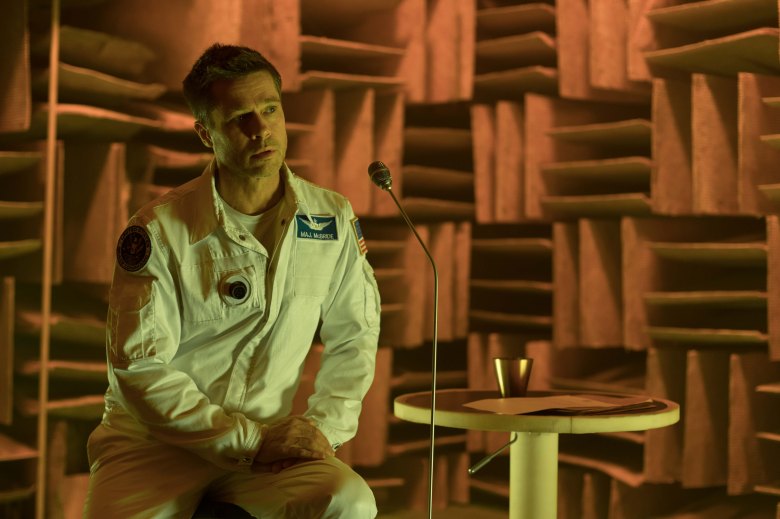 When they’re not gazing at the cosmos or pondering extraterrestrial intelligence, astronauts watch movies, too. During a recent 20th Century Fox panel on the studio lot promoting the new film “Ad Astra” and NASA’s involvement in creating its near-future verisimilitude, four NASA experts talked about their favorite films that take us into the unknown.

To start things off, panel moderator and “Ad Astra” director James Gray said, “I’d like to ask a nerd question if I could. What science-fiction movies inspired you?” In awe of the true-to-science realism of films such as “Gravity” and “2001: A Space Odyssey,” which essentially predicted the iPad, Gray said, regarding the believability of his own movie before a judging audience, “I’m going to face the guillotine.”

NASA Jet Propulsion Laboratory research scientist Laura Kerber named Fox’s 2000 animated film “Titan A.E.” as her favorite outer-space screen adventure. “I thought it was really cool because it explores the idea of how we might restart the world again, and with the idea that you might not have a lovely planet with life already on it to go to,” Kerber said. 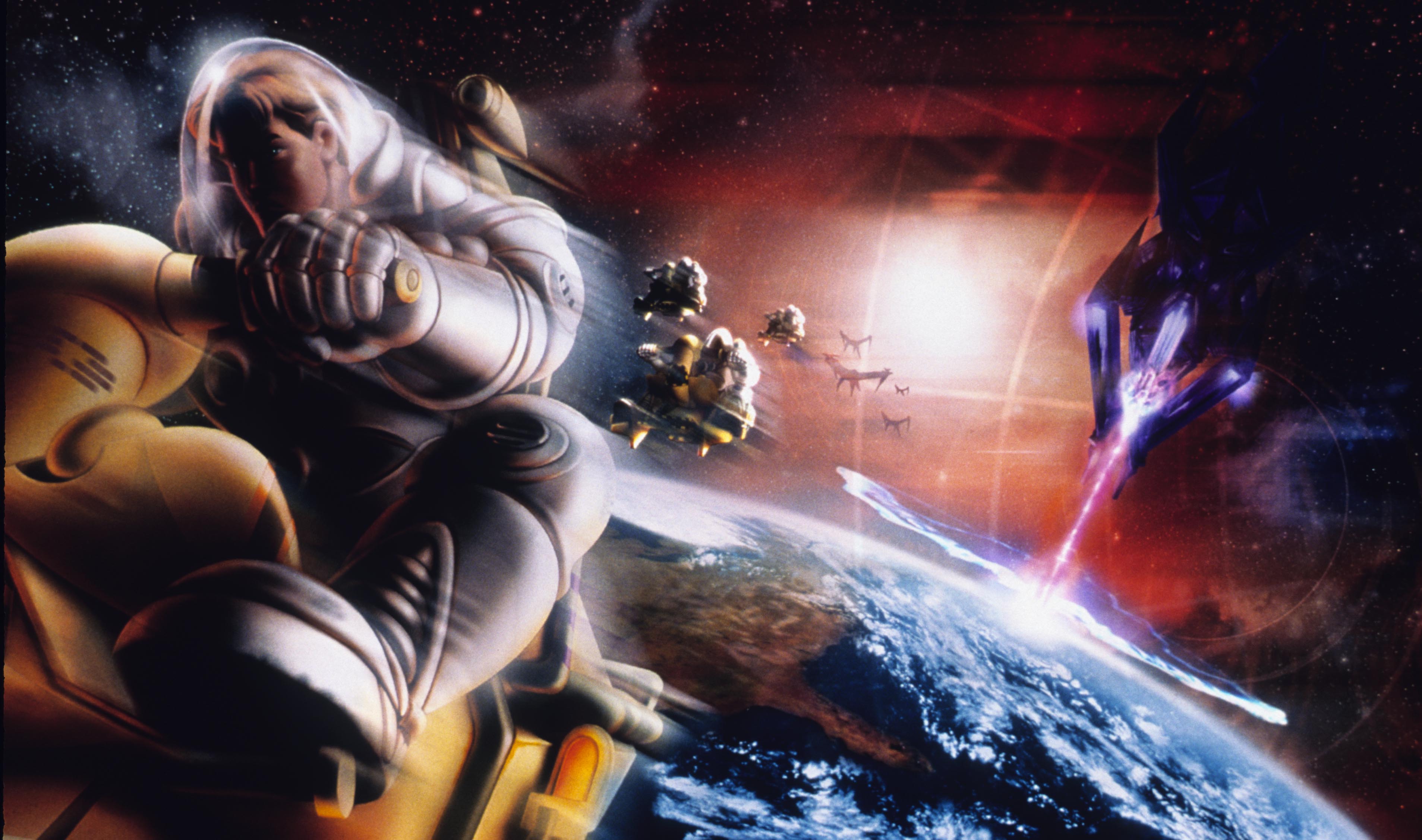 “You might just have the component pieces of creating such a planet, so what would you bring with you, in your sleep pod, or your ark, to start life over again? I really enjoyed that movie and the soundtrack, which I listen to all the time as I look at Mars,” Kerber said.

Rob Manning, Jet Propulsion Lab chief engineer for NASA, named Stanley Kubrick’s 1968 landmark as his favorite science-fiction film. “I was the perfect age growing up, watching the Gemini and Apollo, and that’s the perfect time for ‘2001: A Space Odyssey,'” Manning said, adding that at the time, he thought, “I gotta figure out how they did that. It looked just right. It matched my vision of what space was going to be like.” 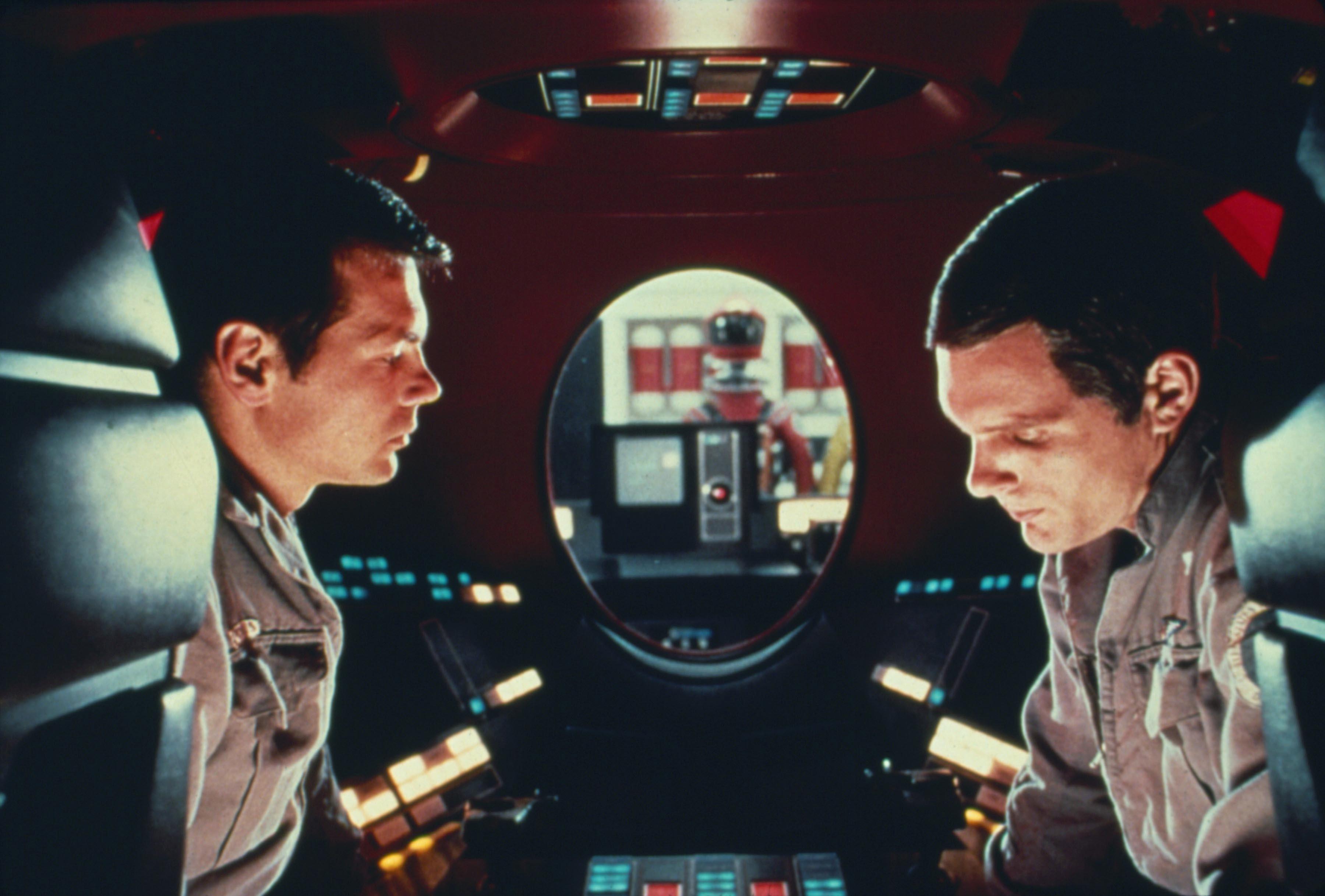 Manning especially praised the film’s sound design, led by H.L. Bird and Winston Ryder. “What I like about it is the use of silence,” Manning said. “We like to put background music to all the things we see and visualize in our heads. We hold a lot of things in our heads, when we visualize spacecraft pulling up solar panels or pushing off.” But Manning admires how, in that film, these moments are set against dead silence. “There’s something intense and creepy about that that is also very powerful.”

Steve Lee, deputy project manager of NASA’s Curiosity Rover currently exploring Martian craters, said,  “What I like about science-fiction… is where it triggers that sense of wonder. The sense of, there’s something much, much bigger than us out there that could be profound — or of civilization changing.”

Lee said, “I think of ‘2001,’ or the sequel ‘2010: The Year We Make Contact,’ the idea that an intelligence out there is trying to act on our behalf and carry humanity forward. I love the beginning of ‘Star Trek: The Motion Picture.’ The sense of an optimistic future world, humanity united exploring the galaxy, and what a great world we can build in the future.” 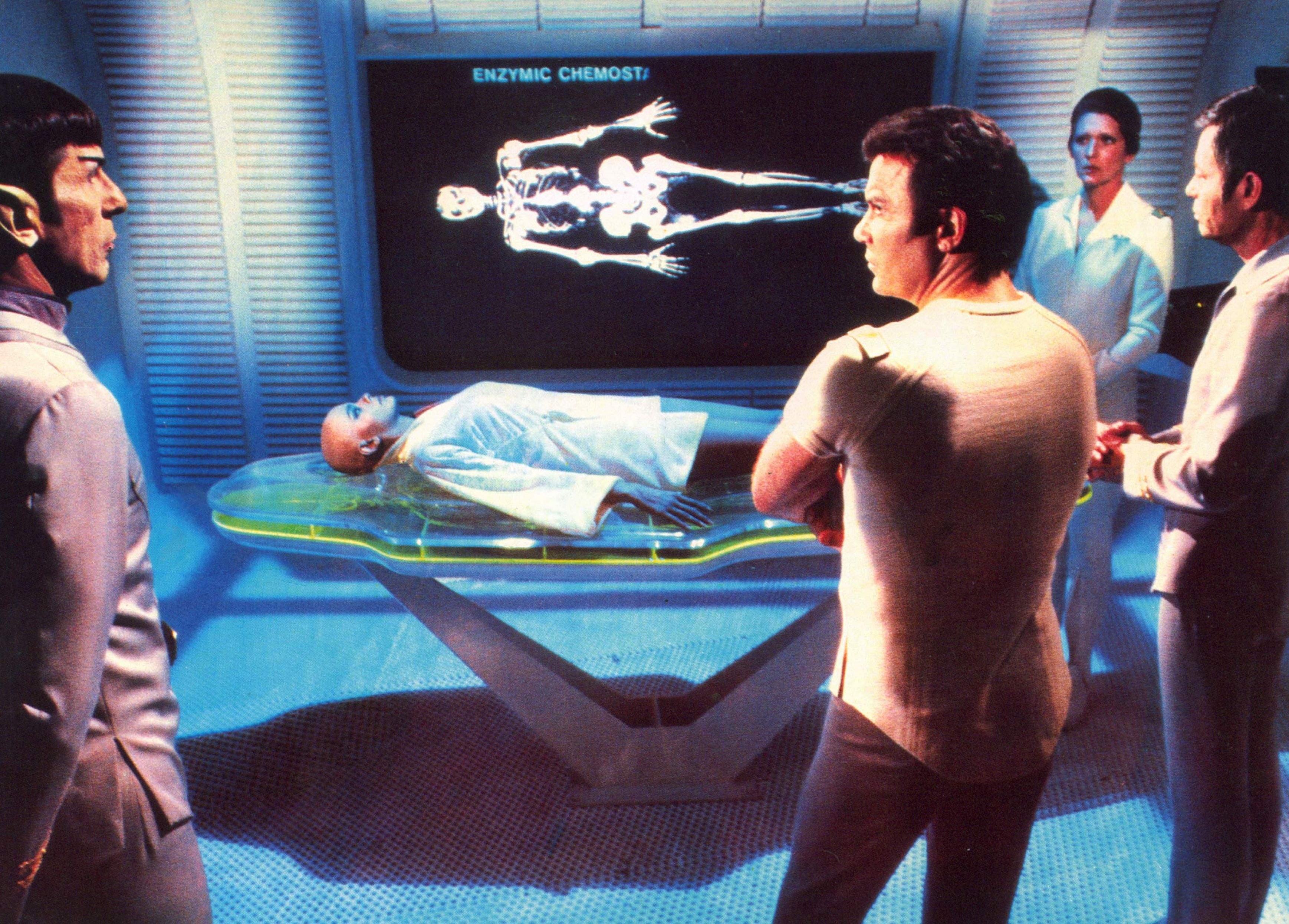 Lee also touted the end of Christopher Nolan’s hopeful sci-fi “Interstellar.” “Even though the earth wasn’t a great place, eventually they built these wonderful space colonies, and used technology as their way forward,” Lee said, while praising the use of “time-travel and communication across time as another dimension of profound thinking.”

NASA astronaut Tracy Caldwell Dyson, who has twice ventured into the cosmos, cited “Star Wars” and “The Right Stuff.” She said, “As a kid, I didn’t know I wanted to be an astronaut until I was in high school. But when the original ‘Star Wars’ came out, I remember that [having] the most fantastic special effects that made you feel like you were doing something that I only did out in the desert on my motorcycle.” 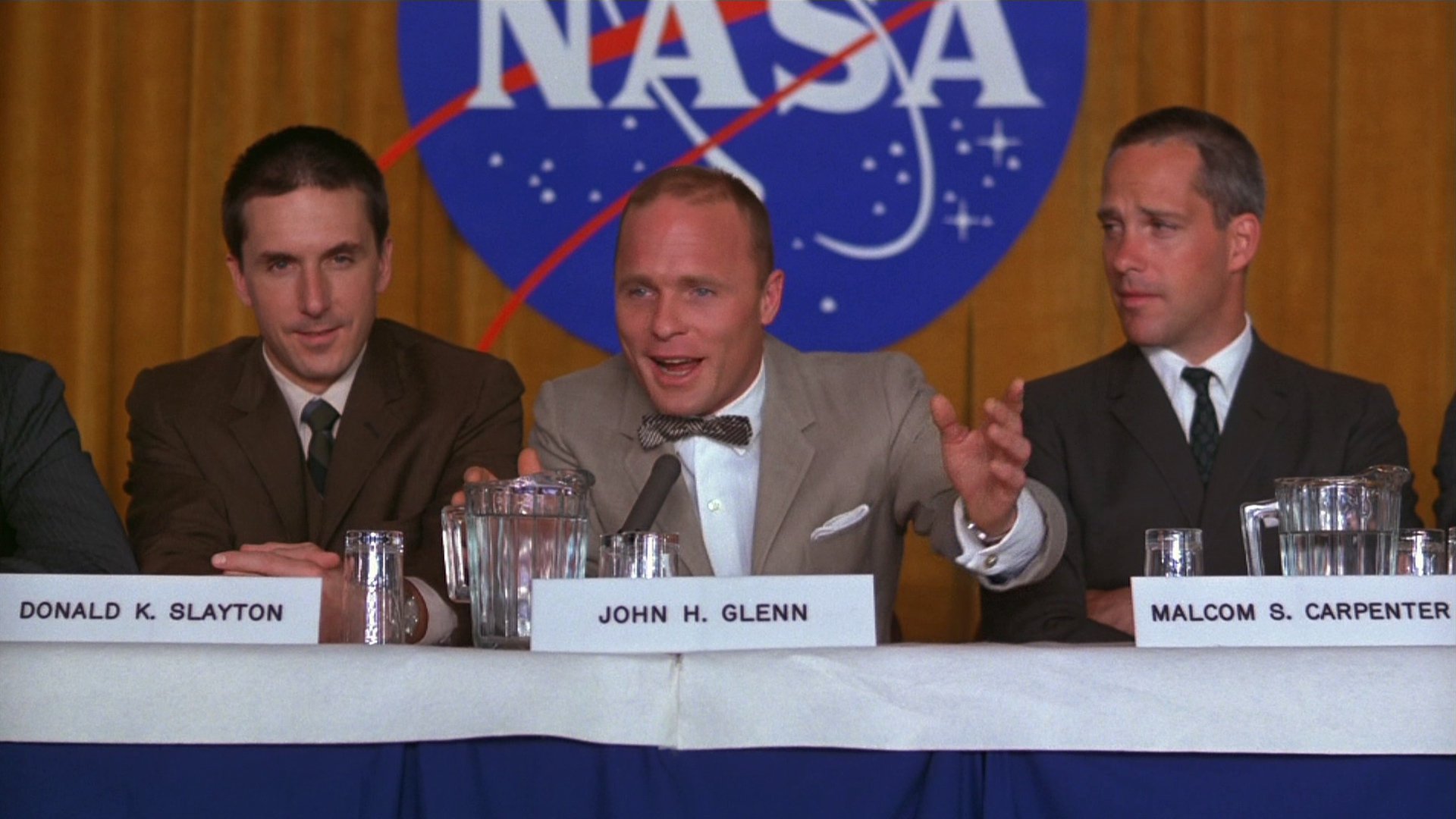 She added, “I would have to say the most meaningful space-related movie was after I became an astronaut and watched ‘The Right Stuff.'” Philip Kaufman’s 1983 Tom Wolfe adaptation chronicles the first 15 years of the space program, featuring Ed Harris as John Glenn.

“It was inspirational at the time because learning what I was going to do, there were so many people that came before me to do it,” Dyson said. “Our original astronauts were not only going into the unknown, but many of them were mocked as being second to a monkey flying in space. They went in with such confidence. They had a mission to do and were so focused, and I knew that’s what it meant to be an astronaut.”

This Article is related to: Film and tagged Ad Astra, James Gray, NASA