Most of last year's nominees remain in the race, but a slew of new contenders will keep anyone from feeling safe until the names are read. 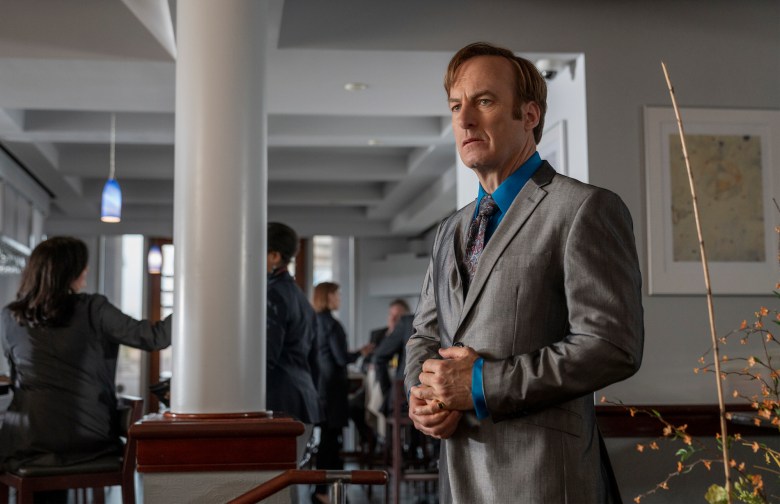 Throughout Emmy season, IndieWire will be evaluating the top contenders for TV’s most prestigious prize, and it all starts here. At the bottom of this page are IndieWire TV Critic Ben Travers’ predictions for Best Actor in a Drama Series. This article will be updated throughout the coming months, along with all our predictions, to reflect an up-to-the-minute state of the race. Make sure to keep checking IndieWire for the latest coverage on the 2020 Emmys, including breaking news, analysis, interviews, podcasts, FYC event coverage, reviews of all the awards contenders, and more. The Creative Arts Emmy Awards will be given out Saturday, September 12 and Sunday, September 13. The 72nd Annual Primetime Emmy Awards will take place at the Microsoft Theater in downtown Los Angeles  on Sunday, September 20. (See our awards calendar for a more detailed breakdown of important dates.) ABC is broadcasting the ceremony.

Last Year’s Winner: Billy Porter, “Pose”
Still Eligible: Yes.
Hot Streak: The last actor to win consecutive trophies for Best Actor in a Drama Series was Bryan Cranston, who took home three straight Emmys for “Breaking Bad” between 2008 – 2010. Cranston won again in 2014, making him the only actor to win in this category twice in the last 10 years.
Fun Fact: Between Sterling K. Brown and Milo Ventimiglia, “This Is Us” has earned six Emmy nominations in this category alone, tying it for the seventh most of any program, ever. If both are nominated again in 2020, the drama would jump “The West Wing” and tie “Law & Order,” “Mad Men,” and “Columbo” for third all-time — in just four years.
Notable Ineligible Series: Kit Harington, “Game of Thrones” (ended); Richard Madden, “Bodyguard” (Season 2 has not premiered)

Setting aside that it’s been a decade since an actor won this category in back-to-back years, Billy Porter’s Emmy victory feels like it happened eons ago. The “Pose” star has been setting red carpets ablaze ever since, and he remains a strong contender in 2020. But there are many more in the race. Only one of last year’s nominees is ineligible, making this a tight group to crack into, but there are lots of popular leads looking to edge out the competition.

Let’s keep going with the 2019 class. Jason Bateman won Best Director for “Ozark” last year, and the Netflix drama has been gaining steam with the Emmys each season. He’s the well-liked face of the series, and Bateman should get extra credit with voters for serving as producer, director, and star — plus, his performance is remarkably nuanced for such an intense drug-running thriller. Meanwhile, Bob Odenkirk keeps plugging along in “Better Call Saul,” delivering an exceptional turn of his own, year in and year out. Odenkirk’s comedic talents are so well-incorporated into the character, perhaps voters have overlooked just how expansive a skill set the role requires — or maybe they’re just waiting for the right year to reward him.

Sterling K. Brown has had one helluva year in “This Is Us,” taking Randall from an anxiety breakdown into therapy sessions (with a great guest turn from Pamela Adlon) before pivoting to a dramatic showdown with his mother. Milo Ventimiglia has been put through the paces as well, bouncing between decades as the Big Three’s deceased father. Both have been nominated each of the past three years, so you can’t count either one out of the running. But there are two more co-leads in town, looking to take whatever spots are available. Brian Cox and Jeremy Strong lead an impeccable “Succession” cast, and the Season 2 finale couldn’t be a better example of how pivotal each actor is to the series. They were passed up by the Emmys in Season 1, but Cox is fresh off a Golden Globe win and the series has never been hotter.

But along with these new hopefuls come plenty more. Al Pacino earned strong marks for his serialized debut in Amazon’s “Hunters,” and if there’s a campaign circuit to go on, his A-list status should attract a lot of crowds. Aaron Paul may not have Pacino-level clout, but he’s very well liked within the TV Academy and should prove a valuable addition to “Westworld.” Ben Mendelsohn led “The Outsider” to ratings glory for HBO, while Tobias Menzies took on the thankless role of Prince Philip with commanding presence in “The Crown.” Meanwhile, Patrick Stewart reprised his star-making role as Captain Jean-Luc Picard, earning numerous commendations for the CBS All Access series, while Daveed Diggs is the male lead for TNT’s sci-fi action series, “Snowpiercer.”

Finally, it would be nice to see Emmy winner Rami Malek return to the race for the final season of “Mr. Robot,” especially since he hasn’t earned a single nomination since his freshman year victory. Speaking of overdue praise, Paul Giamatti and Damian Lewis are both owed at least a nomination each for their strong work on “Billions,” and it’s rather surprising John Malkovich has never won an Emmy (or been nominated since 2003) — why not reward his excellent work in “The New Pope”? And if not him, then Jonathan Groff deserves recognition for “Mindhunter,” the Netflix crime drama that got even better in a mesmerizing Season 2. Will there be room for any of these dark horses? With new blood every year, we’ll just have to wait and see who among them will win a kiss from the TV Academy.

This Article is related to: Awards and tagged Emmy Predictions, Emmys, Jason Bateman