From "Rick & Morty" to "Avatar," IndieWire ranks the best animated television series produced so far this century — for kids and adults alike. 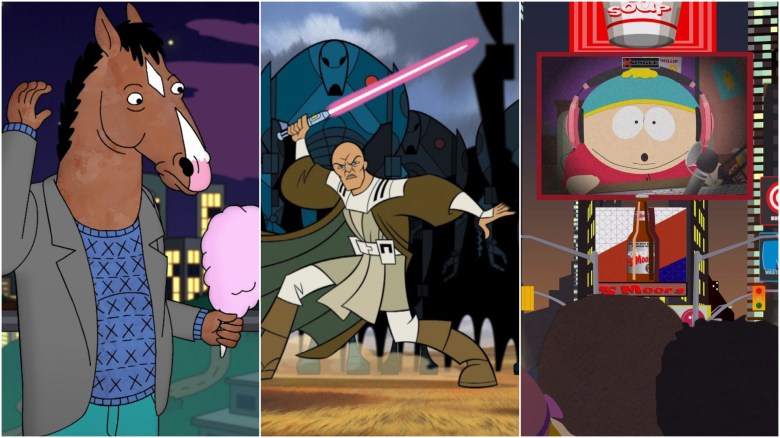 The evolution of animation on television has been thrilling to behold over the last several years, as creators use the medium’s unlimited potential to explore what is possible not just on a visual level, but on a storytelling level.

It doesn’t matter the target audience — some of the most emotional narratives, relevant satire and beautiful filmmaking on television this century has its roots in a format that many might write off as “just for kids.” Not so: Animation, like television in general, is very much a writers’ medium. That’s why even writers rooted in live-action series, like Dan Harmon and Bill Lawrence, have found themselves dabbling in the animated world.

Below, IndieWire spotlights some of the most important and relevant series of the binge TV era, with series that excites not in spite of the fact that it’s animated, but because of it.

[Selection Criteria: We’ve stuck to shows that aired a majority of their episodes after the year 2000, and we’ve only included English-language programming in order to narrow the field.]

20. “My Little Pony: Friendship is Magic” You might have grown up with “My Little Pony,” aka “My Pretty Pony,” as the toys were called when first introduced by Hasbro in 1981. But it was animator Lauren Faust (“The Powerpuff Girls,” “Foster’s Home for Imaginary Friends”) who brought wit, charm and a distinctive visual style to the concept of magical talking horses, and created a pop culture phenomenon in the process. With no irony, this clever take on the residents of Equestria delighted audiences of all ages with its premiere, and while Faust left the show after Season 2, it still continues to find an audience on Discovery Family as well as in the “Equestria Girls” series of films. Watch just a little bit, and you’ll agree: friendship really is magic. — Liz Shannon Miller

Pamela Adlon voiced Bobby Hill. That’s right, Pamela Adlon – the supporting scene stealer from “Californication,” co-star, writer, and producer on “Louie,” and the creator, star, writer, director, producer and all-around visionary behind “Better Things” – voiced Bobby Hill on “King of the Hill.” For 258 episodes! That is insane! It’s also not a surprise, and not a secret. But it bears repeating considering how much talent was involved with the long-running Fox comedy. Mike Judge is a legend unto himself, but through the picket fences of Arlen, TX walked everyone from co-creator Greg Daniels (“The Office”) and Wyatt Cenac to Toby Huss and Tom Petty, not to mention Dax Shepard, Justin Long, Amy Adams, Carl Reiner, Reese Witherspoon, Laura Dern, Dennis Hopper, and Matthew freaking McConaughey. And in these polarizing times, Hank Hill may remain one of the most accurate and complex portrayals on television of a red state family man. “King of the Hill” is a small town treat made by people who love small towns. Don’t forget it. — Ben Travers

If this list was about ’90s animated series, then “Batman: The Animated Series” might be in the number one slot. But “Justice League”/”Justice League Unlimited” was a stellar take on superheroes from the same creative team, keeping much of the original voice talent from the series which preceded it (Kevin Conroy is the best actor to ever play Batman, and we will meet you in the parking lot at 5 if you disagree) and crafting a take on the DC superhero universe that was family-friendly without sacrificing any maturity. Rewatching old “Justice League” episodes is the best way to cope with Zack Snyder’s dour take on these beloved characters. — LSM

Only six episodes of this adaptation were ever made, but each one feels like a gift. Executive produced by David Mandel (you know him — he now runs “Veep”!), Kevin Smith and Scott Mosier, ABC quickly canceled the series after airing two episodes, but there was some groundbreaking stuff in the mix. The first episode (Episode 2, in the production order) aired was a “clip show.” Alec Baldwin played an evil billionaire (not for the last time). And there were a number of simply unforgettable moments: The series is notable for featuring perhaps the darkest Holocaust bit ever, a joke run tailor-made for any frustrated film fan, and an episode that ended with a sequence so mindblowingly bizarre, we’re still thinking about it nearly 20 years later. WHO IS DRIVING? OH MY GOD BEAR IS DRIVING. HOW CAN THAT BE? — LSM The “best ‘Star Wars’ movie no one talks about,” in the words of IndieWire’s own Eric Kohn, began life as a serialized narrative on Cartoon Network. Genndy Tartakovsky’s distinctive signature style, coupled with character-focused storytelling that brought a fascinating richness to the “Star Wars” universe. While technically no longer officially part of “Star Wars” canon, following the great purge of the Expanded Universe, artistically it’s far more exhilarating than the “Star Wars” animated series that succeeded it (though to be fair, both “Clone Wars” and “Rebels” are quite enjoyable). The prequels might have been worth it, if it meant we also got this. — LSM