If it's true that laughter is the best medicine, consider this list a panacea.

By Michael Nordine and Anne Thompson 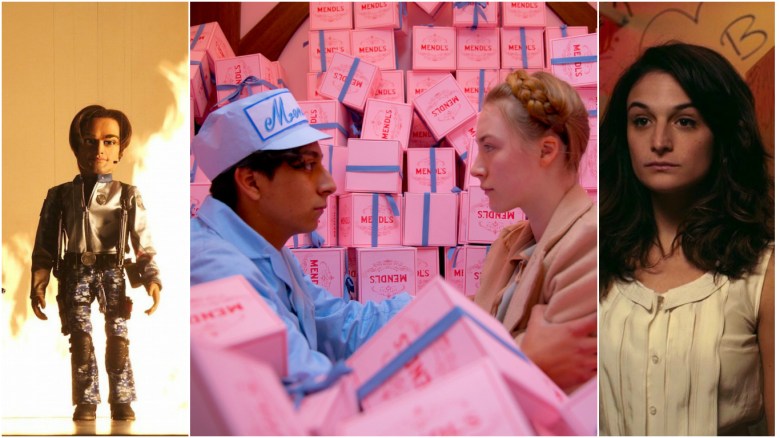 Now more than ever, the world could use a laugh. This bizarre, in-progress century has already produced any number of great comedies, which is to say that many of your (and our) favorites were left out: sorry, “Toy Story 3”; sorry, “Knocked Up.” As we tend to lean toward the indie side — and away from certain men-behaving-badly movies — there are also some titles on here that you might not have seen.

There are even some you may not consider to be straightforward comedies. You may not think of “Lost in Translation” or “Mistress America” as laugh riots, but we felt it best to be broad in our approach — any movie that balances its darker shades with cathartic humor was eligible. You’ll notice that we like women and Working Title (the British production company responsible for several titles on this list), which is to say: This is less a definitive statement and more a jumping-off point, so feel free to chime in. How far would you go for some sliders? In “Harold and Kumar,” a couple of stoners getting the munchies is treated as an odyssey of epic (and hilarious) proportions. The unlikely franchise-starter has endeared itself to cannabis enthusiasts as well as those who don’t partake, inspiring moviegoers to Just Say Yes for more than a decade; given the strides that marijuana (both medicinal and otherwise) has made in recent years, you could even say that the cult classic was ahead of the curve. –MN The chemical equation of writer Diablo Cody plus director Jason Reitman explodes onscreen with this non-traditional family comedy showcasing Cody’s edgy contemporary dialogue. The story of a whip-smart teenager (Ellen Page) who gets pregnant by her new boyfriend (Michael Cera) and decides to give the baby up for adoption to a yuppie couple (Jennifer Garner and Jason Bateman) plays like a comedy but packs an unexpected emotional wallop. Everyone came out ahead on this movie (Cody won the Best Original Screenplay Oscar), which grossed $231 million worldwide. The down side: this inventive indie spawned far too many imitators.  —AT This acerbic action comedy introduced a winning combo: sparring buddies Simon Pegg and Nick Frost and master of style Edgar Wright, who dreamed up the script with Pegg. He plays a sad sack who turns out to be more brave and adept at slaying the walking dead than he ever would have thought. And he gets the girl. More Working Title collaborations followed, but the first time out was the charm: mash up a witty British romance and a zombie gorefest, and hilarity ensues. —AT You’re my boy, Blue! Say what you will about the Frat Pack films that followed it, but “Old School” still gets a passing grade. Part of the one-two punch (the other being “Elf”) that made Will Ferrell a bona fide movie star, this reminder that you’re never too old to start a fraternity also brought us Luke Wilson and Vince Vaughn at their best. Its hilarity is all the more impressive when considering other movies of its kind haven’t aged as well — we’re looking at you, “Wedding Crashers.” —MN Producer Judd Apatow steered breakout standup comic Amy Schumer to her smash big-screen debut ($141 million worldwide) by helping her to write a recognizably real woman to play — accessible, honest, emotional — within the genre confines of a mainstream romantic comedy. Sure, potty-mouth Schumer acts out, surrounded by crazy chaos, but leading man Bill Hader makes a gallant, alert, reactive foil, and at the end, order is restored and Schumer gets her man. Even so, “Trainwreck” moves the needle when it comes to male-female relations at the movies, bloody tampons and all. —AT Packed with corn-pone humor and catchy southern roots music, this rollicking Coen brothers 1930s adaptation of Homer’s “The Odyssey” follows a gang of escaped dimwit prisoners led by pomaded charmer Everett McGill (George Clooney), who tries to get back his wife (“Raising Arizona” star Holly Hunter) by singing her into submission. T-Bone Burnett’s best-selling soundtrack won the Grammy for album of the year and cinematographer Roger Deakins nabbed an Oscar nomination for his pioneering digital alterations to this Working Title film’s color palette. But as always, helping Clooney, Hunter, Tim Blake Nelson, John Turturro and John Goodman earn this meandering fable’s countless laughs was the main goal.  —AT It doesn’t go up to 11, but Christopher Guest’s account of a barking-mad dog show is still the finest mockumentary ever made about anything besides a Stonehenge-obsessed rock band. Last year’s similar “Mascots” was funny enough, but mostly served to remind viewers what a one-of-a-kind accomplishment “Best in Show” is — the line between laughing with and at these characters may be thin as Guest endears his ensemble to us even as he mocks them, but at least we never stop rooting for the doggos. 12/10 would watch. —MN Do we miss Hugh Grant yet? The once-ubiquitous rom-com star has grown choosier in recent years, appearing onscreen less often so that he might command more attention when he does. His smug charm has rarely been but to better use than it was in “About a Boy” (yes, Working Title), which came during that happy early-2000s period when adaptations of Nick Hornby novels were a genre unto themselves. No man is an island, which is to say that Nicholas Hoult, Toni Collette and Rachel Weisz deserve as much credit as Grant. —MN If “Bruno” and “The Dictator” taught us anything, it’s that “Borat” was truly lightning in a bottle. Sacha Baron Cohen’s feature-length social experiment pissed off nearly as many people as it delighted, which surely pleased the fearless provocateur (even if Pamela Anderson seemed pretty bewildered by the whole experience). Plus, when’s the last time a comedy was credited with bringing back a comeback as hilariously lame as “…not!”, let alone increasing tourism to Kazakhstan? —MN Check out choices 15 – 11 on the next page, including bad neighbors, obvious children, and unexpected sisters.

Page 1 of 4
Continue Reading: The 25 Best Comedies of the 21st Century, Ranked

This Article is related to: Film and tagged Lost in Translation, School Of Rock, The Grand Budapest Hotel