From underseen Laird Cregar vehicles to a Russian chiller based on a Nikolai Gogol story, from J-Horror to the Mexican gem "Alucarda," these are the best horror movies the genre has to offer. 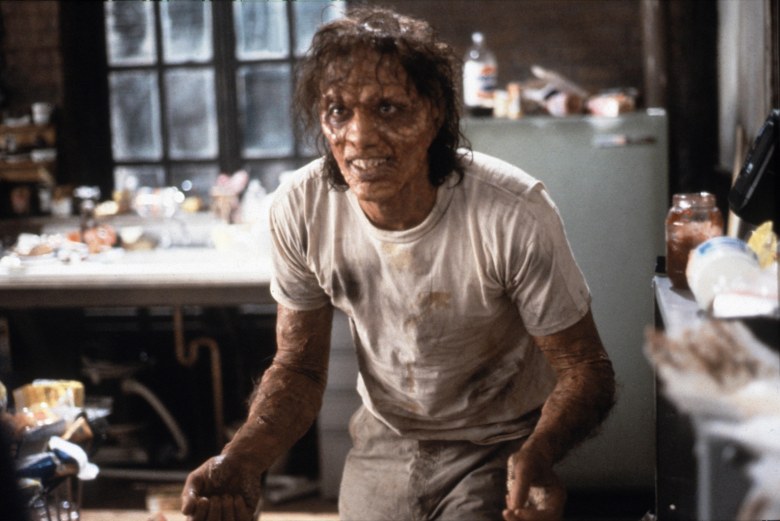 Jeff Goldblum in “The Fly”

David Cronenberg takes mid-century genre fun, injects it with gruesome gore and a truly warped point-of-view, and somehow still makes a film that was so good it became a mainstream hit. Jeff Goldblum plays a scientist who tests his teleportation breakthrough on himself and becomes a horsefly. Through incredible practical effects, the very graphic film is the peak of Cronenberg’s exploration of what became known as “body horror,” as the film meditates on disease and aging in ways that are as unsettling as the themes themselves. While the film pushes boundaries, underneath is a conventional monster film that positions us to search for and find the human buried beneath the horror. -CO 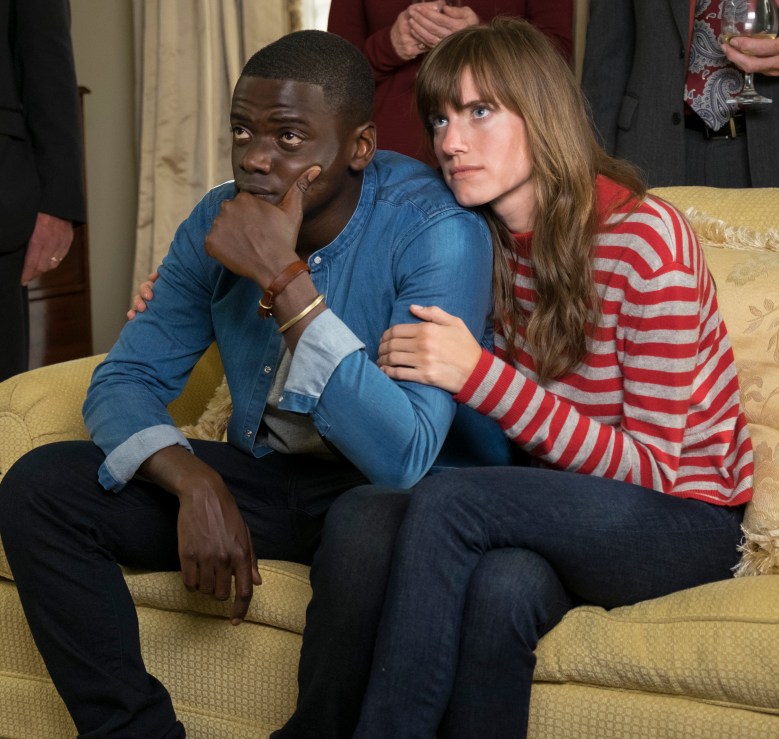 Writer-director Jordan Peele catapulted beyond his sketch-comedy roots for a category-bursting work about race and privilege in American society that moviegoers had never truly wrestled with before. The outrageous premise — rich white liberals brainwashing black people to be their mind slaves — finds its match in the legitimate foundations of a psychological thriller, as well as the sobering portrait of a black man grappling with a troubled past and uncertain present. Its creepiest aspects sneak up on you: The movie’s observations about awkward race relations are funny because they’re true (even as the plot takes its wildest turns) and terrifying for the same reasons, often leaving viewers uncertain if they should laugh or contemplate the scarier implications of the punchlines. That’s the zeitgeist in a nutshell. Any history book on the American mood in 2017 will forever take its cues from “Get Out.” -EK 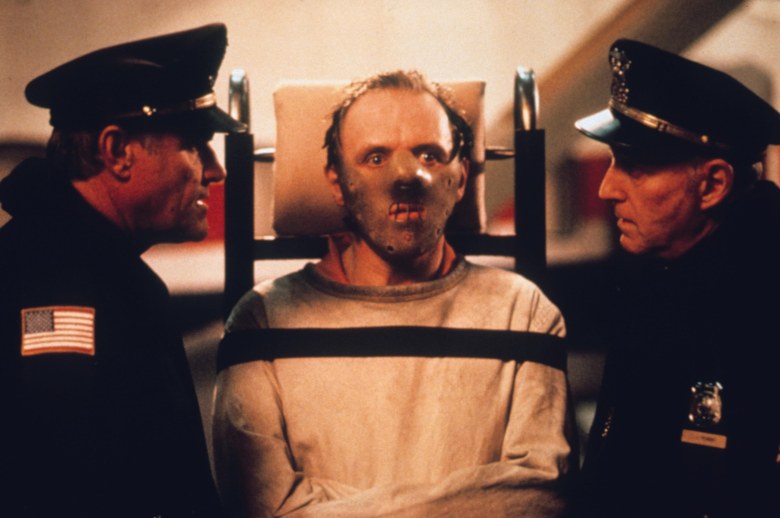 “The Silence of the Lambs”

Hannibal Lecter was already a known cultural quantity when Jonathan Demme came on board to direct the second film to feature the murderous Thomas Harris creation, but the canny pairing of Anthony Hopkins as the serial killer and Jodie Foster as the bright-eyed FBI agent on his tail turned him into nothing less than a cultural touchstone. Aided by chilling catchphrases (surely, fava bean stock dropped after the film debuted, right?) and a cadre of natty prison duds (plus human-flesh face-mask), Hopkins poured his prodigious talents into every inch of Lecter’s chilling frame. It’s never entirely clear what he’s thinking, and while Demme kits out his film with enough other elements to keep it chugging right along, from Foster’s full-bodied turn to Buffalo Bill doing his own thing with literal full bodies, it’s always clear that he’s the one pulling each string. The film would be formidable enough if it was just another serial killer thriller, but Demme, Hopkins, and Foster push it to go deeper at every moment, eventually finding that real terror doesn’t always have a reason, but it does have a taste. -KE 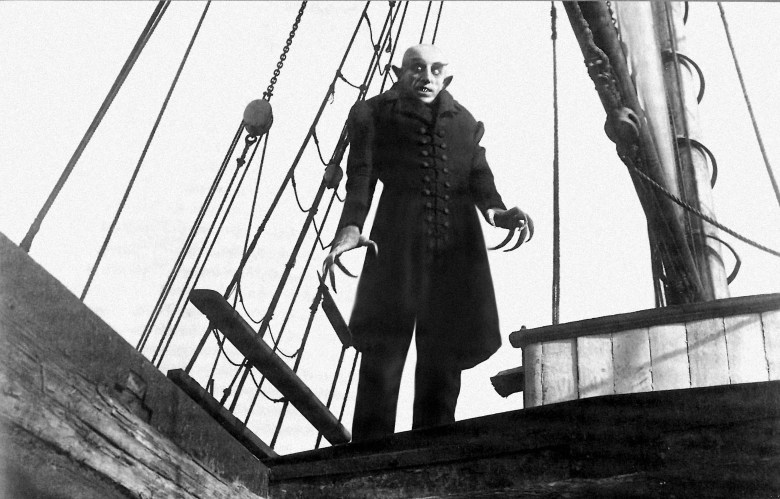 In many ways, “Nosferatu” is the “Citizen Kane” of horror. Bram Stoker’s estate tried, fairly successfully, to bury the film — winning a copyright case that called for all prints to be destroyed and bankrupting the studio (Prana) that produced the film. Yet F. W. Murnau’s unauthorized adaptation of “Dracula” was an imaginative revision of the vampire story that helped define the genre and was so technically awe-inspiring that it launched one of film history’s most storied and influential directing careers. More than anything, though, it is Max Schreck’s inimitable performance as Count Orlok that a century later makes this film a marvel. -CO 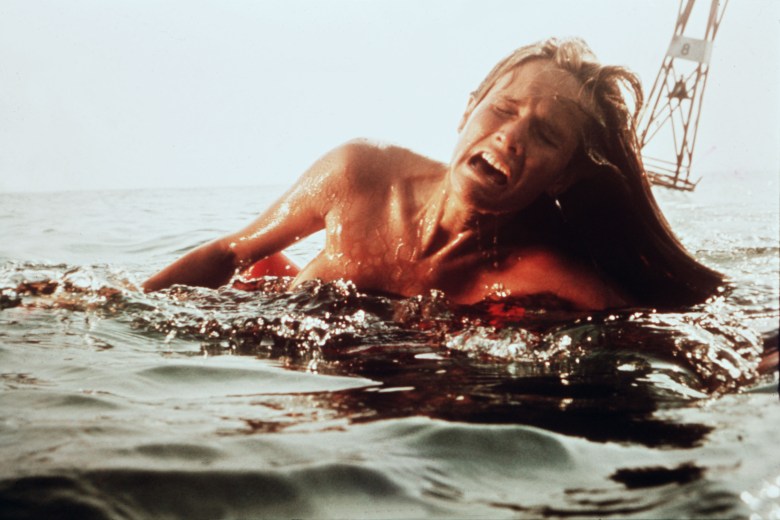 Humans think they’ve conquered the planet. Humanity reigns so completely supreme that people are shocked when nature bares its teeth and shows who is really in charge. That’s the underlying horror of what’s otherwise more a late-20th century riff on Melville in Steven Spielberg’s epochal blockbuster. And sometimes when imminent nature-related disaster is staring you in the face, it’s more politically convenient, as Amity’s mayor (Murray Hamilton) finds, to just deny that any danger is present at all. As I’ve written here before, “Jaws” is a Manifest Destiny film, about the particularly American impulse to inhabit all spaces we desire to inhabit — if people just stayed out of the water, or chose to swim in Amity pools instead, we’d have no story. -CB 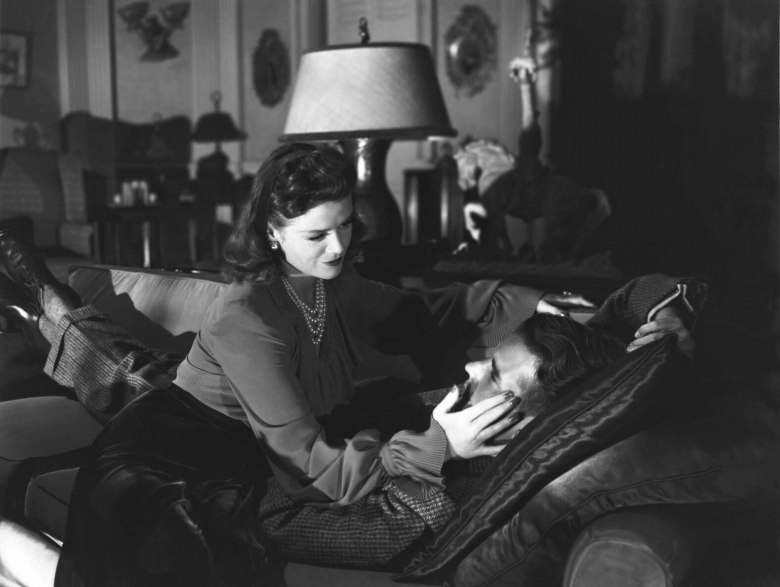 Producer Val Lewton’s films were about creating low-budget B-movie horror with cinema, and Jacques Tourneur was his greatest practitioner, adding a layer of evocative style that few A-pictures of the day could match. Tourneur’s “Cat People” uses the camera and sound to create the presence of a supernatural force without even showing it. Take this example of the pool scene and how its sense of an ominous, lurking presence is built with framing, subjectivity, and editing. Then, like with his classic noir “Out of the Past,” Tourneur employs cinematography that takes an eerily and sexually charged atmosphere that brings the film’s unusual premise — a Serbian woman (Simone Simon) who is convinced she descends from cats and transforms into one when aroused or angered — to life. -CO 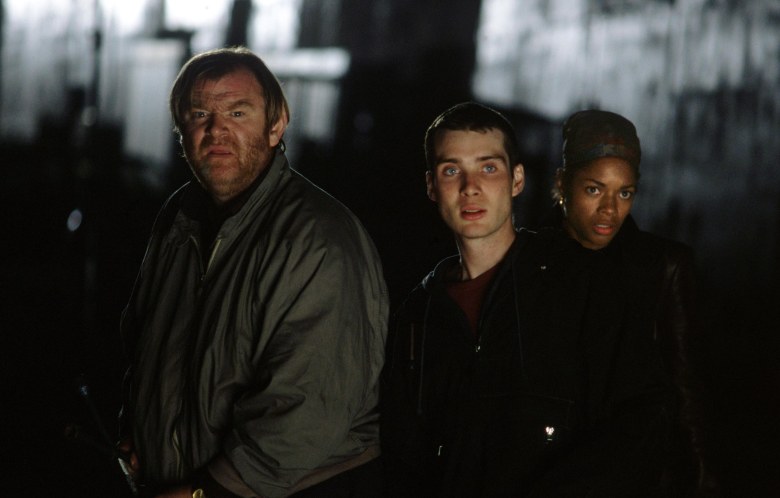 Danny Boyle’s dynamically-directed visionary take on zombie horror is absolutely terrifying. Set 28 days after a viral epidemic ravages Britain, the film follows survivors struggling to make sense of the aftermath, while seeking safety. Moving beyond the typical zombie thrills and onto something even more horrifying — as a survival mechanism, human beings are forced to lose their humanity — the film presents a gripping representation of a country totally crippled by a mysterious new disease. The hideously virulent and incurable sickness leaves its hosts in a permanent and appalling state of aggression, filled with incredible rage. The film questions whether this kind of blinding, violent fury is something that already exists inside us, and the virus simply brings it out. Boyle’s decision to shoot the film on consumer grade digital video cameras, gives the film an effective grit and grime, and a necessary realism, although it’s not without moments of surreal beauty. What’s maybe scariest about “28 Days Later” is that the scenario it presents isn’t at all unrealistic. -TO 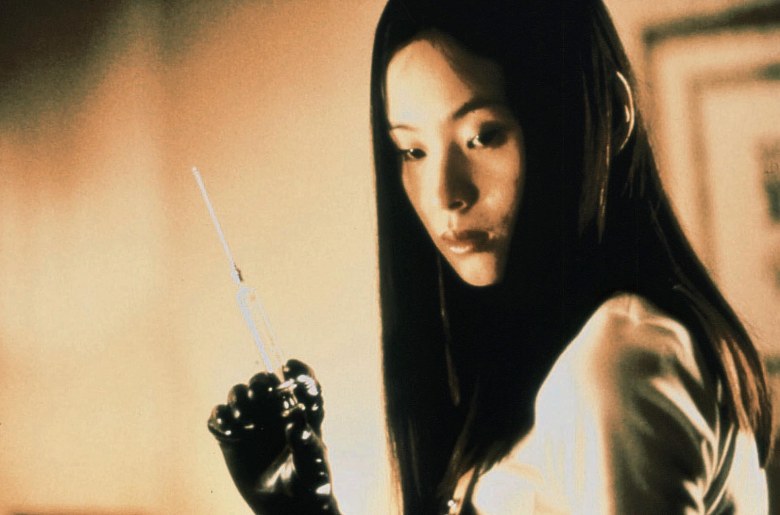 Kiri, kiri, kiri. Either these words haunt you or you’ve never heard them — there isn’t much of an in between. Takashi Miike recently released his 100th film, though it’s unlikely that it or any of his 98 other works could ever reach the same vaunted status as “Audition.” An adaptation of Ryū Murakami’s novel of the same name, it begins and ends in such profoundly different ways that anyone watching with no foreknowledge of its plot wouldn’t even know it’s a horror movie for a good long while. (The somewhat misleading premise involves a widower who holds auditions for a new wife.) By the time you realize what’s really at work, it’s far too late to turn back — not only because it’s so immersive, but because it’s as difficult to walk away from as the femme fatale at its center. -MN 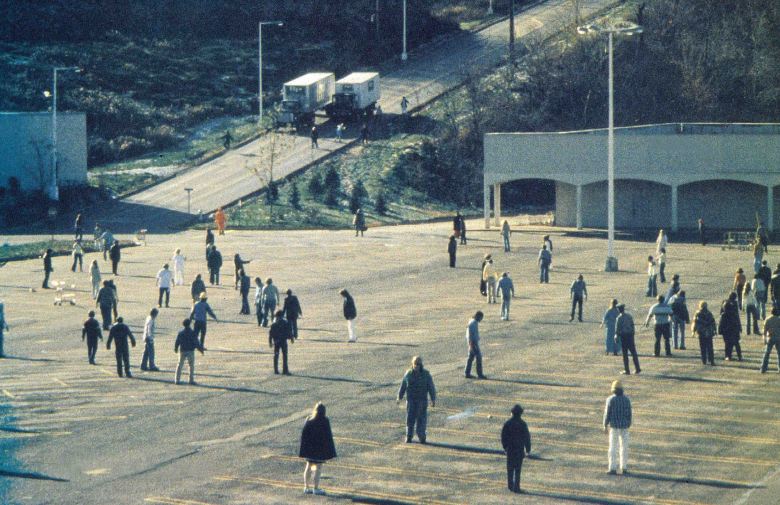 “Dawn of the Dead”

George A. Romero’s particular genius was to reacquaint his audience with familiar spaces by making them seem alien. “Dawn of the Dead” is set in a Monroeville, PA shopping mall, where a number of survivors of the zombie apocalypse have barricaded themselves from the undead hordes. Of course, a mass slaughter of the zombies still inside is required first — an explosion of violence being a necessary prelude to any consumerist binge. But once our survivors have finished their purge, they go a little crazy: it’s like living in this mall and having the run of it is as good as living in paradise. They go nuts playing arcade games, stocking up on the mall’s seemingly bottomless reserves of food and candy — who cares if those reserves are actually finite or if no one can ever go outside again? It can’t last, of course. The end of the world has rarely been less a tragedy and more a farce. -CB Dario Argento didn’t create the giallo genre, that honor goes to Mario Bava, but he perfected it with 1975’s “Deep Red,” often referred to as the greatest giallo of all-time. The film kicks off with a psychic who sense the dark thoughts of a murderer in the audience, one who later targets and kills her. David Hemmings stars as a pianist who witnesses the murder, which draws him into a dark mystery that puts his life at risk. Argento employs many of the genre’s signature trades, a black-gloved, knife-wielding killer; deliciously over the top death sequences; twists, turns, and false reveals; and a wonderfully warped backstory that eventually reveals the killer’s identity. Argento would soon gain international acclaim with 1977’s “Suspiria,” but “Deep Red” remains a thrilling murder mystery and Argento’s very best. -JR

Page 9 of 10
Continue Reading: The 100 Greatest Horror Movies of All-Time

This Article is related to: Film and tagged alltime, Horror, Lists