HBO and FX, two networks that have dominated this category of late, will face more competition than ever in 2020. 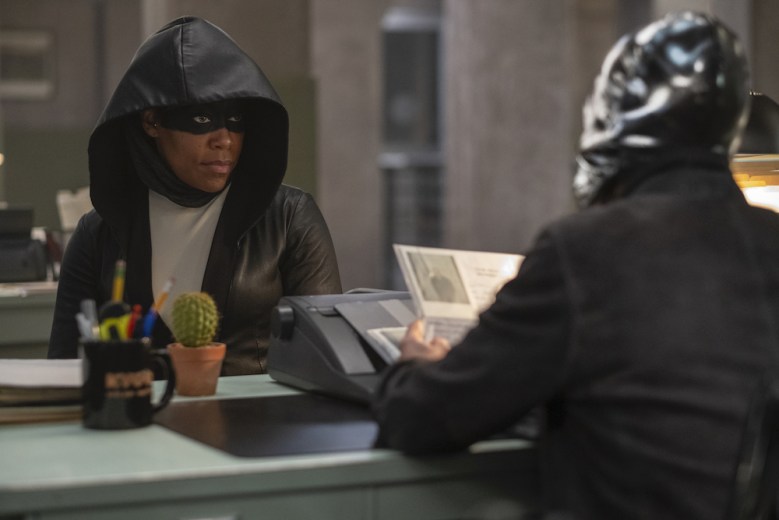 Throughout Emmy season, IndieWire will be evaluating the top contenders for TV’s most prestigious prize, and it all starts here. At the bottom of this page are IndieWire TV Critic Ben Travers’ predictions for Best Comedy Series. This article will be updated throughout the coming months, along with all our predictions, to reflect an up-to-the-minute state of the race. Make sure to keep checking IndieWire for the latest coverage on the 2020 Emmys, including breaking news, analysis, interviews, podcasts, FYC event coverage, reviews of all the awards contenders, and more. The Creative Arts Emmy Awards will be given out Saturday, September 12 and Sunday, September 13. The 72nd Annual Primetime Emmy Awards will take place at the Microsoft Theater in downtown Los Angeles  on Sunday, September 20. (See our awards calendar for a more detailed breakdown of important dates.) ABC is broadcasting the ceremony.

Last Year’s Winner: “Chernobyl”
Still Eligible: No.
Hot Streak: Series from HBO or FX have won this category each of the last eight years. (HBO has the slight edge, five to three, but the networks have traded off wins for the last six years — making 2020 FX’s turn to win.)
Fun Fact: Even though limited series are typically one-and-done TV seasons, four programs have been nominated three times or more. “Fargo” and “Horatio Hornblower” have been nominated three times, “American Horror Story” has four nominations, and “Prime Suspect” stands alone at the top with five — and three wins. Notably, “American Horror Story” has never won, despite kicking off TV’s modern anthology trend.
Notable Ineligible Series: “Fargo” (Season 4 has been indefinitely delayed), “The Undoing” (HBO has pushed the release date to Fall 2020), “American Crime Story” (“Impeachment” has not premiered), “True Detective” (Season 4 has not premiered), “The Alienist” (Season 2 has not premiered), “The Good Lord Bird” (delayed), “Big Little Lies” (Season 2 is eligible as a drama series)

In 2019, the late-arriving “Chernobyl” powered through to win the Emmy for Best Limited Series, but that came after a fierce fight just to get nominated. 2020 looks to be just as heated. With only five nomination slots, a number of preeminent contenders already released, and plenty more to come, the limited series competition is bound to be intense.

And just like last year, the two top contenders debuted the year prior. Both “Escape at Dannemora” and “Sharp Objects” made it through the spring release onslaught to snag nominations, and now “Watchmen” and “Unbelievable” are hoping to do the same. HBO’s remix on Alan Moore’s beloved graphic novel earned rave reviews and strong ratings, as did the Merritt Wever/Toni Collette-starring Netflix drama. They’ve set a high bar for the coming months.

But plenty of shows want the chance to top them. Hulu, after being denied in 2019 with the star-studded “Catch-22” adaptation, is getting the big guns out early for Reese Witherspoon and Kerry Washington’s “Little Fires Everywhere.” The soapy take on Celeste Ng’s novel was boosted by press events for its trailer release plus a junket with all the stars as Hulu refuses to let history repeat itself. (The premiere was canceled due to COVID-19 concerns.) Of course, the streamer also has “Castle Rock” Season 2 in contention, as well as Lenny Abrahamson’s adaptation of “Normal People,” but expect more of a push to get behind “Mrs. America.”

The FX on Hulu production is only available via Hulu, but FX Productions should get a good chunk of the credit for any awards the Cate Blanchett-led historical drama snags. The Phyllis Schlafly-focused miniseries should have better odds than “Devs,” the other FX on Hulu option on the ballot — though Alex Garland’s near-future tech thriller is gaining momentum. Reviews are strong, buzz is building, and the sheer beauty of the eight-part series should help it gain support from the TV Academy’s crafts voters. And FX would’ve been backing its tried-and-true franchise, “Fargo,” but the coronavirus outbreak put Season 4 on an indefinite delay.

HBO, meanwhile, isn’t content with just “Watchmen.” Along with early releases like “Years and Years” and “Catherine the Great” — not to mention the criminally under-seen adaptation of “Mrs. Fletcher” — HBO is rolling out three more limited series in the spring. “The Plot Against America” kicks things off with a topical historical-fiction yarn from “The Wire” creator David Simon and writer/producer Ed Burns (who are beloved by critics but have struggled to connect with voters in the past). Then there’s “I Know This Much Is True,” starring Mark Ruffalo, and “The Third Day,” starring Jude Law and Naomie Harris. That makes four formidable offerings from the predominant Emmy player, so look for “Watchmen” to have some company come July’s nominations.

Netflix is also running more limited series in addition to its early frontrunner, including the second series from Ryan Murphy — “Hollywood,” starring Darren Criss — and Damien Chazelle’s serialized debut, “The Eddy,” starring Andre Holland. AMC is hoping for better luck with “The Terror’s” second season, “Infamy,” and Nat Geo aims to go three-for-three with its “Genius” franchise once “Aretha” hits at the end of May. Showtime will be backing surprise Golden Globe winner “The Loudest Voice,” and Epix is relying on “Downton Abbey” creator Julian Fellowes to work his magic on the Academy once more with his new series, “Belgravia.” Last but certainly not least, Apple TV+ will be backing “Defending Jacob,” relying on stars Michelle Dockery and Chris Evans to draw extra attention to their latest original.

This Article is related to: Awards and tagged Emmy Predictions, Emmys, Watchmen