From eye-opening documentaries to searing historical dramas, Netflix has quickly become one of the film industry's boldest distributors. 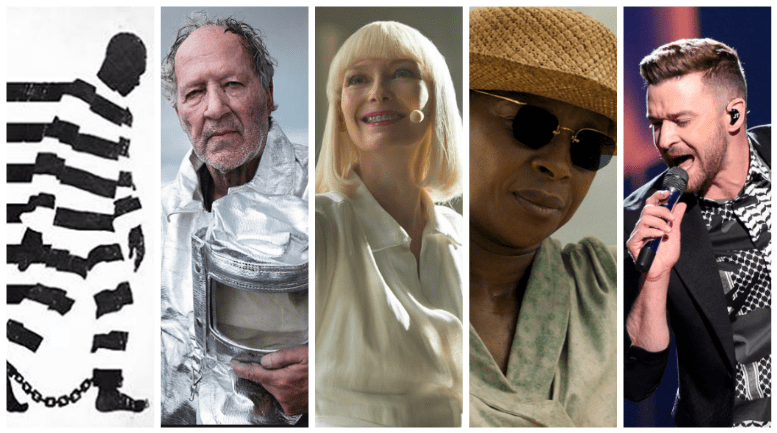 It’s hard to remember now, but it was only a few short years ago that Netflix was just a shiny new cog in the film industry, and not one of its most powerful engines. But a lot can change in a little while, especially when you’ve got a disruptive new distribution platform, a seemingly infinite supply of money, and an aggressive desire to change Hollywood forever. Starting with 2015’s “Beasts of No Nation,” Netflix began transforming the movie business in much the same way as it had already transformed the television business, financing and distributing — and later also acquiring — its own features.

The move immediately made an impression, with documentary “Winter on Fire” landing the company’s first Oscar nomination. In 2016, Netflix began swooping up some of the most exciting independent films around. In 2017, the company leveraged “Mudbound” to major awards consideration, and made a splash at the Cannes Film Festival by debuting “Okja” and “The Meyerowitz Stories” in the world’s most prestigious Competition section. Emboldened by that success, Netflix announced a plan to release 80 original films in 2018, ranging from the Super Bowl Surprise of “The Cloverfield Paradox,” to boundary-crossing indie visions like Duncan Jones’ “Mute,” and it’s clear that it’s still just getting started.

Here are the 20 best Netflix Original Movies, all of which are waiting for you just a few short clicks away.

“You’ve got clit, I like that.” It’s an unusual expression, but it’s enough to convince Dounia (the sensational Oulaya Amamra) — a Muslim teenager living in a low-income housing project outside of Paris — to drop out of vocational school and commit herself to a life of crime. After all, it’s probably better than any compliment she’s ever received before, and all the more meaningful coming from Rebecca (Jisca Kalvanda), the baddest drug dealer in the banlieue. In a film that flips gender conventions on their ass, a film where the girls are tough and the guys are eye candy, balls would only get in the way. A vital and volatile debut that has ultimately has way more energy than it knows what to do with, Houda Benyamina’s “Divines” tells a scrappy coming-of-age story about a place where women are encouraged to follow their individual dreams so long as they don’t have a chance of escaping their collective nightmare. If you liked Céline Sciamma’s “Girlhood,” then this is essential viewing. And if you haven’t seen “Girlhood,” it’s also on Netflix, and you’ve got a killer double-feature in your future. — DE

Cary Fukunaga is a director who pushes past the ordinary toward excellence, and doesn’t seem to mind putting himself in difficult situations to do it. He followed up gritty emotional border drama “Sin Nombre” and gothic romance “Jane Eyre” (starring Mia Wasikowska and Michael Fassbender) with “True Detective” Season One (starring Matthew McConaughey and Woody Harrelson). But he went back to the movies with African war movie “Beasts of No Nation,” a $6 million story about boy soldiers with astonishing scale and scope. Fukunaga developed a screenplay about boy soldiers in Africa for years without finding the right angle; then he read a novel by Uzodinma Iweala that showed him the way: follow a young boy into the heart of darkness.

The comparison to Joseph Conrad and Francis Coppola’s “Apocalypse Now” is apt, as young Agu (Ghana discovery Abraham Attah) moves from innocent childhood with his family to lost orphan wandering the jungle, where he falls into a military camp where Commandant (an intimidating but vulnerable Idris Elba) takes on the role of a Fagin-like parent/brainwasher, training young boys to take orders, handle guns and kill people. They smoke weed and alter their consciousness with drugs, becoming increasingly disconnected from their hideous reality. Encouraged by Elba, whose mother was born in Ghana, Fukunaga shot in English-speaking West Africa. The cast and crew camped out in the jungle, building a camp for 200 non-pro actors (including former boy soldiers from Sierra Leone and Liberia) who learned creative acting and military training. Netflix bought all world rights to the film for $12 million and made it available to stream at the same time it went to theaters for one-week runs to qualify for the Oscar. Alas, this gorgeous movie should be a big-screen experience, and tainted by box office failure, no Oscars were in the offing. — AT

Who could have predicted that Jim Carrey’s second act would be so strange and existential? He’s repeatedly demonstrated more dramatic range than he’s often given credit for — those back-to-back Golden Globe wins for “The Truman Show” and “Man on the Moon” weren’t for nothing — but nothing could have prepared us for that now-infamous red-carpet interview in which he said “there’s no meaning to any of this” (not that he’s wrong.) Carrey shows off more of that side in Chris Smith’s “Jim & Andy: The Great Beyond,” which explores the actor’s worldview in general and the making of “Man on the Moon” in particular. Rarely has an actor been so perfectly cast in a biopic, with Carrey embodying the manic melancholy that made Andy Kaufman so unique; here, as he delves into his process, the actor makes it plain that he didn’t have to dig too far to tap into similar feelings. There’s much sadness throughout, but laughter as well — he’s still Jim Carrey, after all. —MN

David Bruckner directed key segments in three much-loved horror anthologies — 2007’s “The Signal,” 2012’s “V/H/S,” and 2015’s “Southbound” — and his full-length debut does not disappoint. Starring Rafe Spall in a unsettling lead performance, “The Ritual” begins on a very traditional path: Four dudes with some deep secrets go on a hike in the woods, and shit goes south very quickly. While the structure plays into horror tropes, the delivery is rock solid, with emphasis on silence, anticipation, and unexplainable phenomena that’s light on jump scares and heavy on tension. What makes this film truly special is a completely bonkers third act, where some unexpected mythology turns this into a twisted creature feature. While “The Ritual” never reinvents the wheel, it’s a clever and solidly-executed treat for gorehounds. — BE

“Into the Inferno” is about volcanoes, but that’s a trivial detail. Every Werner Herzog documentary is really about the same two self-contradictory things: The impermanence of human existence, and the myth of Werner Herzog. This hypnotic, hilarious, and deeply humbling quasi-sequel of sorts to 2007’s “Encounters at the End of the World” offers a staggering amount of insight into both subjects.

Accompanied by charming Cambridge volcanologist and co-director Clive Oppenheimer (whom we see Herzog meet in some unforgettable b-roll from the shoot of “Encounters”), the teutonic legend travels a lap around the world — even making a brief stop in North Korea — pondering the insignificance of man and wondering what it is that volcanoes dream about. He returns with some very strange new friends and incredible footage of the Earth at its angriest. But even in this molten stew of eccentric characters, Herzog remains the most interesting person on screen. — DE

Page 1 of 4
Continue Reading: The 20 Best Netflix Original Movies, From ‘Beasts of No Nation’ to ‘Strong Island’

This Article is related to: Film and tagged Netflix, netflix original movies, tentpole