From "Total Rickall" to "Pickle Rick," these are our picks for the good, better, and best from one of TV's great comedies. 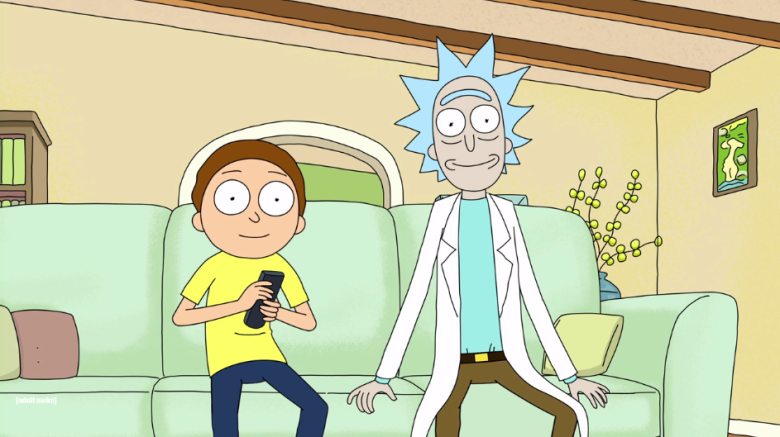 If humanity lives long enough to see every future installment of “Rick and Morty” ordered under last year’s massive 70-episode renewal, we’re still barely over a quarter of the way through the show’s run. In just a handful of seasons, this animated series has gone from a relatively modest riff on interdimensional travel to a cultural force big enough to sustain an entire warehouse worth of merch possibilities. So far, these episodes have found its two central characters unleashing destruction on a galactic scale and — in their best-case scenarios — just barely managing to get things close to normal again.

The mythology of the show gets deeper by the year, not just with the unlikely grandfather/grandson team, but the flurry of details that whoosh by as they meet new characters of various sizes, species, and forms of matter. So, with a dense back catalogue to sift through, one big question remains: Where’s the best place to start?

So, in a constant quest to help “Rick and Morty” newbies find the ideal entry point into the series (and to prove to everyone the microverse car battery episode is vastly under-appreciated), we’ve separated out every installment of the show with a little bit of context to explain why each episode deserves its place in the show’s hierarchy.

And let’s be honest: 94 percent of the people who clicked on this story have already skipped down to see where “Pickle Rick” is, so let’s skip the pleasantries, say “Shum shum schlippity dop!” and get to the list.

(We’ll continue to update this list as new episodes make their way to air. For each episode, we’ve also tossed in our picks for each episode’s best quote, some of which singlehandedly moved up their respective episodes a slot or two.)

This probably isn’t the least-entertaining “Rick and Morty” episode, but it’s the one that has been most undercut by other episodes doing its standout elements better. Playing with reality as an illusion, nefarious alien entities trying to wrestle technological secrets away from Rick, and Jerry watching an alternate reality crumble around him have all been utilized elsewhere to stronger effect. But this still has a solid David Cross performance and “My man!” never gets old, no matter how many times the episode returns to it. Some “Rick and Morty” episodes are simply a collection of disparate, amusing component parts, and that’s OK.

Best Quote: ”You’re missing the point, Morty. Why would he drive a smaller toaster with wheels? Does your car look like a smaller version of your house? No.” – Rick

Now that we’re well acquainted with some of the intricacies of this particular multiverse, it’s hard to believe that a gathering of Ricks was once a surprise for the show. But even with introducing the bevy of Citadel-bound alternate Ricks, it’s hard not to get over just how weird the rest of this episode is. Seeing a wall full of tortured Mortys is just as unsettling is any mutant Cronenberg, and the farewell Keyser Soze moment of a vengeful rogue Morty disappearing into the crowd is a fun twist on some of the other end-of-episode resets. But above all, let’s all take a second to appreciate the unadulterated commitment to the bit that the chair-pizza-phone combo deserves and gets. The rule of threes has rarely been so satisfying.

Best Quote: “So a few thousand versions of me had the ingenious idea of banding together like a herd of cattle or a school of fish, or… those people who answer questions on Yahoo! Answers.” – Rick

Has anyone had more fun playing the Devil than Alfred Molina? (Him singing along with some fierce violin playing indicates “no.”) The rapid fire O. Henry-ish set-ups of cursed charms ends up being a little more fleeting than the premise hints at, but this episode does provide some of the shows most GIF-able moments: Rick setting fire to his trinket-cleansing store and a bulked-up Rick and Summer pummeling some Nazis, to name a few. Sprinkled in among the inventive new ways to curse at unsuspecting customers, we get a tiny glimpse into what Rick is like when he’s really lonely and that he may have more affection for his immediate family than he lets on.

Best Quote: “Some voids can’t be filled with Jamba Juice…” – Mr. Goldenfold (Close runner-up: him gleefully shouting “I haven’t learned a thiiiiiiiing!” as he exits the store after Rick cures him.)

Let’s get one thing clear: Werner Herzog deserved an Emmy for this. Both halves of this episode have their share of laughs, such as Jerry fighting back and forth on whether to sacrifice a specific part of himself for the good of the universe and a Jan Michael Vincent-heavy reboot of “Rixty Minutes.” The two never quite mesh all the way (Rick’s “We pretty much nailed it the first time…” says it best), but the non-Herzog guests are also stellar. (How has Gary Cole never been the star of his own medical drama?) And some extra plumbus knowledge always comes in handy.

Best Quote: It isn’t a quote, but Justin Roiland laughing at his improv in both of the cable episodes is pretty delightful. (Oh, and the whispered “Lil’ Bits.“)

A fun superhero team-up gets inverted when they face the biggest enemy possible: a drunk, nihilistic Rick. Morty gets the chance to play hero, but this is another episode that’s been more satisfying in slightly different iterations. Much like “Pickle Rick,” there’s a shocking amount of detail in the Rube Goldberg experiments that come before each of the Vindicators’ untimely horrific deaths. Even if this felt like a slight missed opportunity to truly upend the superhero squad subgenre, it still did give us the absolute delight that is Lance Reddick as Alan Rails. Toss in Gillian Jacobs’ brilliant Supernova monotone and you have an ideal example of why the more pedestrian “Rick and Morty” episodes have more to offer than most shows’ alternatives.

Up next: Armothy, a little purging, and the garage monologue that kicked everything off

Page 1 of 5
Continue Reading: Every Episode of ‘Rick and Morty,’ Ranked

This Article is related to: Television and tagged Adult Swim, Dan Harmon, Rick and Morty