Industry veterans and fresh faces collide in a wide open race for Best Actor in a Comedy Series. 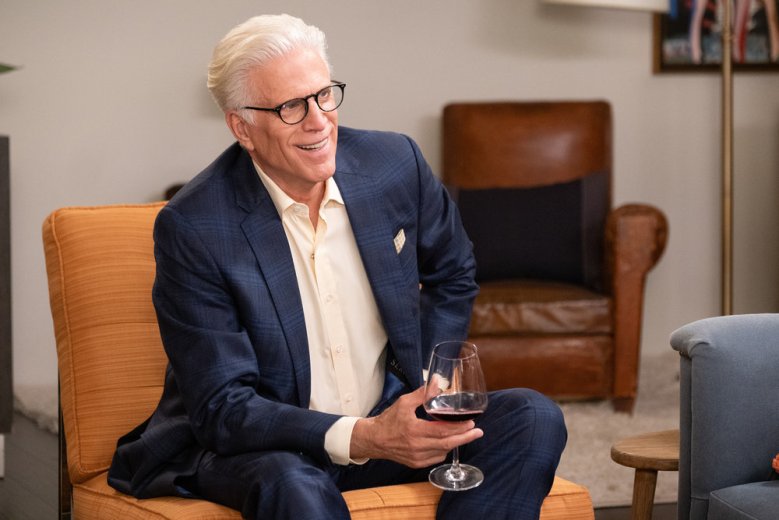 Throughout Emmy season, IndieWire will be evaluating the top contenders for TV’s most prestigious prize, and it all starts here. At the bottom of this page are IndieWire TV Critic Ben Travers’ predictions for Best Actor in a Comedy Series. This article will be updated throughout the coming months, along with all our predictions, to reflect an up-to-the-minute state of the race. Make sure to keep checking IndieWire for the latest coverage on the 2020 Emmys, including breaking news, analysis, interviews, podcasts, FYC event coverage, reviews of all the awards contenders, and more. The Creative Arts Emmy Awards will be given out Saturday, September 12 and Sunday, September 13. The 72nd Annual Primetime Emmy Awards will take place at the Microsoft Theater in downtown Los Angeles  on Sunday, September 20. (See our awards calendar for a more detailed breakdown of important dates.) ABC is broadcasting the ceremony.

Last Year’s Winner: Bill Hader, “Barry”
Still Eligible: No.
Hot Streak: Bill Hader has won back-to-back trophies for Best Actor in a Comedy Series in 2018 and 2019, becoming the first repeat winner since… Jeffrey Tambor in 2015 and 2016, and Jim Parsons in 2013 and 2014. (Parsons also won in 2010 and 2011, right after Alec Baldwin won in 2008 and 2009). What can we say? Once the TV Academy chooses its male comedy star, they stick by him!
Fun Fact: Sixteen actors have won two or more Emmys in this category, but one performer stands alone with the most nominations: Ted Danson, who has 13 nominations (for “Cheers” and “The Good Place”) and two wins (both for “Cheers”).
Notable Ineligible Series: Bill Hader, “Barry” (Season 3 has not aired); Donald Glover, “Atlanta” (Season 3 has not aired); Aziz Ansari, “Master of None” (Season 3 has not aired)

Of course, there are a slew of young actors who could say the same thing. This year’s race for Best Actor in a Comedy Series is made up two rather distinct groups: the veterans who’ve been working the circuit for decades, and the up-and-comers who broke out in a big way these last few years. No matter how you split them up, though, there are a lot of contenders, and no clear favorite.

So who else is in the running? Ramy Youssef, hot off his Golden Globes victory, has a prime release spot from Hulu: His self-titled Hulu series will debut Season 2 right before the deadline, on May 29. Domhnall Gleeson is in HBO’s latest comedy “Run,” alongside Emmy darling Merritt Wever and guest star Phoebe Waller-Bridge. Martin Freeman will try to break in for FX with “Breeders,” while Ben Platt (“The Politician”), Paul Rudd (“Living With Yourself”), and Michael Douglas (“The Kominsky Method”) all have relatively new shows that Netflix is eager to see rewarded.

Douglas last won for “Behind the Candelabra” in 2013, which is one more trophy than Don Cheadle’s got, despite nine nominations — perhaps this is his year, with “Black Monday.” Hugh Laurie is in the same boat, having gone zero for 10 so far, and relying on Armando Iannucci’s “Avenue 5” to turn his fortunes around. Anthony Anderson is also in a skid, but only for “Black-ish,” which has earned him eight nominations so far (as both the lead actor and one of the executive producers). And then there’s Jim Carrey. He’s only lost once at the Emmys, but after two Golden Globe wins and seven nominations, each additional snub by the Film and TV Academies becomes harder to understand. (Especially since he’s really good in Showtime’s “Kidding.”)

Even with all these contenders already in the running, there are a number of deserving dark horses who merit a run of their own. Zach Galifianakis is up for the final season of FX’s “Baskets,” and Randall Park has one more shot at a nod for the last year of “Fresh Off the Boat.” Rob McElhenney could make up for years of snubs for his great work on “It’s Always Sunny in Philadelphia” with a nod for his first season on Apple’s “Mythic Quest.” Walton Goggins has proven himself a more than capable comedic lead in “The Unicorn,” and Drew Tarver remains a highlight on Comedy Central’s “The Other Two.” They may not fit into the neat boxes of seasoned veterans or breakout newcomers, but that doesn’t make them any less worthy.

In a Perfect World: Zach Galifianakis, “Baskets”; Drew Tarver, “The Other Two”; Randall Park, “Fresh Off the Boat”; Walton Goggins, “The Unicorn”

This Article is related to: Awards and tagged Emmy Predictions, Emmys, Ted Danson