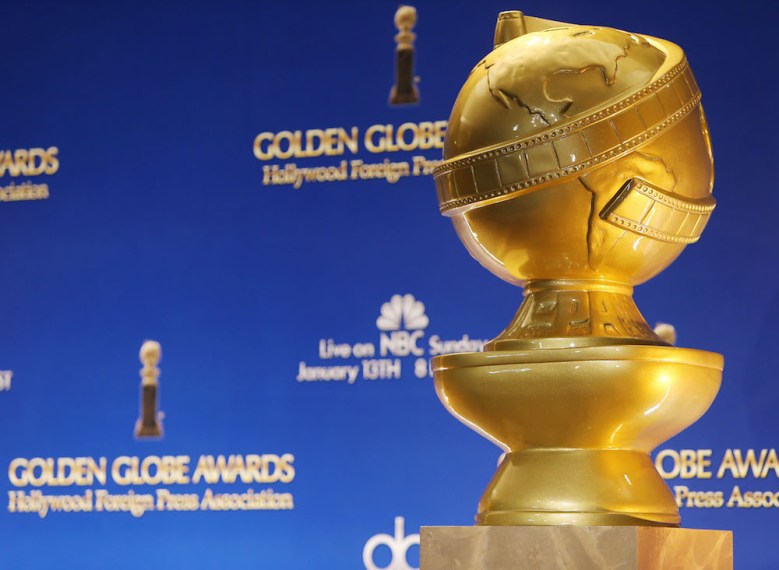 The Golden Globe Statue circa 2012

As the year draws to a close, it’s time to start looking back, and who better to assess what the entertainment world had to offer than the Hollywood Foreign Press Association? That’s right, it’s time for the Golden Globes — the biggest party in Hollywood, and the biggest awards ceremony that honors the year’s best in film and television.

This year marks the 77th Annual Golden Globe Awards, which will start to take shape when nominations are announced in early December. The HFPA has been doling out weighty golden statues since 1944, one year after its formation, and is made up of Los Angeles-based entertainment journalists who provide film and TV coverage for audiences the world over. Representing more than 55 countries and seen in more than 210 territories throughout the world, the HFPA has donated more than $37 million over the last 25 years to various entertainment-related charities, film restoration efforts, scholarship programs, and humanitarian endeavors.

The 2020 Golden Globes will honor Tom Hanks with the Cecil B. DeMille Award, adding to the actor’s already generous haul from the HFPA; Hanks has won eight Golden Globes and received 15 nominations so far, and he’s eligible yet again this year for his acclaimed work as Mr. Rogers in “A Beautiful Day in the Neighborhood.” On the TV side, Ellen DeGeneres will receive the Carol Burnett Award honoring an individual who’s made outstanding contributions to television, on- and off-screen. Both prizes are seen as lifetime achievement awards, though the film trophy can also boost the recipient’s Oscar odds — as with Hanks.

The 2020 Golden Globe Award nominees will be announced Monday, December 9 at 8 a.m. ET. Tim Allen, Dakota Fanning, and Susan Kelechi Watson will present this year’s nominations, at an an hour very early for the Los Angeles-based actors. Joining them for the announcement, as well as helping out on the night of the ceremony, are this year’s Golden Globes ambassadors, Dylan and Paris Brosnan. They’re the sons of Pierce Brosnan, a two-time Golden Globe nominee for 2006’s “The Matador” and 1985’s “Nancy Astor.” Also on hand will be HFPA President Lorenzo Soria and Barry Adelman, Executive Producer and Executive VP of Television at Dick Clark Productions

The 77th Annual Golden Globe Awards ceremony will be held Sunday, January 5 in Los Angeles, CA. Ricky Gervais will host for the fourth time. The awards telecast is produced by Dick Clark Productions — with executive producers Mike Mahan (DCP’s CEO) and Adelman — in association with the HFPA, led by newly elected president Soria. Check out the Golden Globes’ nominations’ predictions below, and keep checking IndieWire for all your 2020 awards coverage.

All Categories, per Anne Thompson

Best Actor and Actress in a TV Series – Drama

Best Actor and Actress in a TV Series – Comedy

Best Actor and Actress in a Limited Series or TV Movie