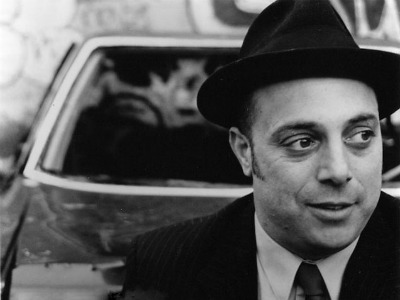 Back in the early ’90s, making a movie for $5,000 was the stuff of legend. Nowadays, that number is practical. My first feature, “The Great Intervention,” was shot and edited for just that. Here’s how I did it.

1. From the moment you start writing the script, be realistic.
I won’t get in to how to come up with your story idea (I did that here), but when you write the actual script keep your scenes and location simple. Really simple. As in, scenes with no more than three or four people that take place in a location that you can access for free. Do not think you can pay for a location. You can’t afford it.

2. Rent – don’t buy – your camera.
Technology is changing rapidly. In fact, The Singularity is coming. But until that time, don’t spend your budget money on a fancy camera in the hopes of selling it afterward. By the time you’re done, the camera will be worth half as much. (That said, there are some incredible SLR cameras that shoot HD and retail for $500-$600 that might be worth owning.) But you can also rent a camera package. Or find a cameraperson with equipment on Craigslist. Hell, maybe you should just shoot your first film on an iPhone .

3. Pay your (small) crew.
At your level, interns are unreliable. Friends can be enlisted of course, but you should have your cameraperson on the payroll. AND the sound guy; these positions are crucial. At least $100 a day; more, if they bring their own equipment. Try to avoid getting into fancy lighting packages. It’s incredible what these new cameras can do with so little light.

4. Have the actors supply most wardrobe and props.
Actors have a TON of clothes. Many of them love the opportunity to get into their character. And in any case, a wardrobe master is beyond your budget. Have them bring a bunch of outfits and select from that.

5. Sign on to the SAG Ultra Low Budget Agreement.
This allows you to use professional actors for $100 a day – a bargain that will make sure your film is actually good.

6. Get production insurance.
This is tied in to item 5 and will be a small chunk of your budget. (You can’t hire SAG actors without the proper insurance coverage.) However, this also has the potential to give you access to locations; people feel better when they see that they won’t he held liable.

7. Don’t write music into your film unless you have explicit permission or own it.
The Rolling Stones are not going to allow you to use “Gimme Shelter,” period. Find local bands to do your music and/or a music student to do your score. Since I am a musician, I used my own music for my movie. If you have those skills, great – use them. If not, there are plenty of hungry musicians who will lend you their song, and many composers who will work for free or cheap to compose your movie. Look around at your local schools and music clubs.

8. Edit the film yourself.
Some of you are saying, “But I’ve always heard it’s better if someone else cuts your movie!” Nonsense. First of all, you don’t have the budget to hire a professional editor. Second, editing software is cheaper and easier to use than ever. This is your first film! LEARN. Be sure to get feedback from others – and perhaps you may be able to find someone to give it a so-called “final tweak” inexpensively, but try and follow the script and assemble most of the film yourself.

9. Keep the hours short, the shooting days few and the food delicious.
By keeping locations and cast size realistic, you can do this. Plan for no more than 10 days. Try to keep your days to eight hours – 10 maximum. Be professional and keep things running on time. And reward everyone with nice hot meals and yummy snacks. It’s amazing what M&Ms can do for morale.

Stephen Moramarco is an actor, director, writer and musician. He recently finished his first film, The Great Intervention, which will premiere in Los Angeles at the Downtown Independent Sept. 26. He is also the leader of Los Angeles’ only surviving Soul/Punk/Swing band, The Abe Lincoln Story.